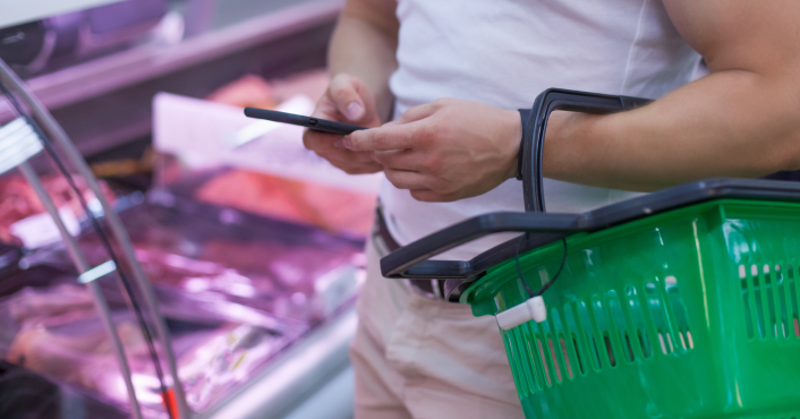 Jonna Parker, principal of IRI's Fresh Center of Excellence, has advocated throughout the COVID-19 pandemic for busting through category silos in the grocery store. The goal, she has urged retailers, isn't just to help consumers who have found themselves cooking and eating at home much more often check off their grocery lists, but to help them make the meal and create enjoyable at-home meal occasions. In an interview with WGB, Parker discussed what that looks like now, as pricing and inventory pressures persist.

Christine LaFave Grace: Last fall you talked about the American consumer as having been on a roller coaster for the previous 18 months. How do you see consumers holding up now, several months later, amid still-accelerating inflation, persistent supply-chain issues, and now war in Europe?

Jonna Parker: I think the thing that’s most remarkable at this time, early in 2022, is the perception of consumers. ... Our January survey had 95% of consumers concerned about inflation. And then 89% of them were feeling like they could point to products in the store where they saw [inflation].

It is coffee talk; it is Twitter chatter. I think the part that is important about what’s different now and why this moment of inflation is so different is the wariness of consumers. Start back in Q1 of 2020, it almost feels funny now to joke about toilet paper, but at the time we were all shocked at the hoarding behavior. The things that now feel commonplace were still surprising two years ago.

You couple the hoarding and the stock-up behavior and then being in lockdown, and then that we thought we were going to get out of it in summer 2020, and then we weren’t. And then you had the holiday disruption, and then in 2021 the highest rates of infection we had ever seen, and today it’s still common that you go into the store and, especially in center store and frozen, you see out-of-stocks. People now are just weary.

The thing that I keep thinking about is that despite all of this almost-angst that we see coming through the survey about price inflation, only a third of consumers are telling us that they’re actually doing something different because of it.

Our typical methods as consumers of reacting to a price increase for a product just aren't levers or tools in our toolbox right now. What happened during inflationary periods in the past? People didn’t eat out as much. It was, “Oh, you can cook from scratch more.” Now it’s, “Oh, my gosh, I’m sick of cooking from scratch more.” Or [in the past] you would think, “Oh, well I’ll switch to another product.” Now it’s, “Well, I don’t even know if that’s going to be available.”

So all of the methods that we normally use, people are just tired of already. No one even knows how to respond anymore because all of our levers are taken away.

That’s so interesting, the idea of wary and weary. We hear about the risk of consumer inflation expectations becoming a self-fulfilling prophecy, and retail executives have said in recent weeks that they’re expecting high inflation to persist through the first half of the year. When do consumers reach a tipping point? How will this play out in baskets in the next several months?

I’ll speak from a fresh perspective. Let’s take the holiday period—this past holiday season was a unique one in that omicron or not, people were gathering more than they had in the past two years. Again going to the idea of "weary and wary," not being able to gather or celebrate was definitely something that was coloring and coming through all of this price increase. So if we’re sitting here as statisticians and saying, “Someone bought steak even though the price of steak was 16% higher than it was a year ago, why is that?” Well, remember that you may not have seen your family or had a chance to spend time with them in two years—of course you’re going to buy a steak. That steak is still cheaper than going to a white-tablecloth restaurant. So I think we have to take that into account.

We know statistically, and we see it time and again in the data, if someone is rewarding themselves, gathering and wants to impress others, and frankly, just perceives that this item—while more expensive than it was previously—is still cheaper than alternatives, people will buy more.

What's the imperative for retailers in responding effectively to "wary and weary"?

What I think is really going to be important this year is understanding the interaction and the switching behavior in those baskets. In some instances, we’re going to see that the consumer values attributes beyond price. We’re already seeing it.

My counterpart, Sally Lyons Wyatt, talks so much about the “treating moment.” So many people treat themselves with confections, with snacks, and because they’re only doing them in small increments, those are a worthwhile upgrade, right? Because you’re not going to Starbucks as much. So if you spend $4 on a cup of coffee at home vs. $6 not at home, you feel great.

Those are what we lose sight of in the industry. To a consumer, the switching and interaction between in and out of store, as well as within the store, is about value. But we often manage categories or departments, and we don’t think about those switching behaviors. To me, that’s this moment. What this year is about is understanding and anticipating, what is the consumer looking at as logical trade-offs that might not be adjacent trade-offs?

To a consumer, the switching and interaction between in and out of store, as well as within the store, is about value. But we often manage categories or departments, and we don’t think about those switching behaviors. ... What this year is about is understanding and anticipating what is the consumer looking at as logical trade-offs that might not be adjacent trade-offs?

What does that look like, then, in-store and online? I think of Target’s earnings call last week, where company leaders talked about consumers’ desire for a little bit of normalcy and small indulgences. How do you strike the balance of, “Hey, we know you’re concerned about price; we’re also here when you want to treat yourself?”

You mention Target, and I think that’s one of the advantages of some of the nontraditional grocery retailers. When you’re in traditional grocery, it’s incredibly hard, because as an industry, you try to be all things to all people, and you’ve also done things the same way for in some cases for 100 years, and certainly 20 if not 40 years. And that muscle memory is hard to lose, right?

I’ve seen the industry respond, but I don’t think that’s a direct line for consumers. I get asked now a lot about meal-kit programs, subscription meals, and some really fantastic things that are happening digitally, where you can load a cart based on a recipe. I love all of that, but it feels very linear. It feels like the same linear conversation I’ve been having. It feels intuitive, but intuitive isn’t always how we behave as humans.

Yes, consumers need inspiration, and they want to explore, but I think about some of the grocers and retailers who, in their digital media, let alone their print media, are taking the approach of instead of saying, “I have a pound of ground beef on sale,” are saying, “It’s taco night.” And I think many retailers now, especially the supercenters, do a really nice job of showrooming in their circulars and in their online platforms.

I’m not saying you need to change the layout of the meat case, but you think of a photo of a woman who’s shopping and looking at two steaks, like, “Should I buy this steak or that steak?” That’s not how it’s going to look on the plate; she has no idea which steak is better. So it helps to use things other than an overwrapped package of meat to sell a meal concept.

That doesn’t mean you have to move everything around. That works, but it’s hard. It’s not worth the amount of work and time and labor we’d have to do to make it happen. So what if, instead, we inspired people with beautiful pictures of, “This is what this could be outside of the store," on Instagram? Help them see the story.

I think we’ve really only scratched the story of what digital could do for us. Everyone has a smartphone—how could we make it where, when you’re right there at the shelf, if you need inspiration or tips on how to use a product, we can deliver that? I think that’s where you can do, “Click here for pairings,” or recipe suggestions or preparation tips, and it would absolutely change the produce and the meat industry.

Back to Meat Still Reigns