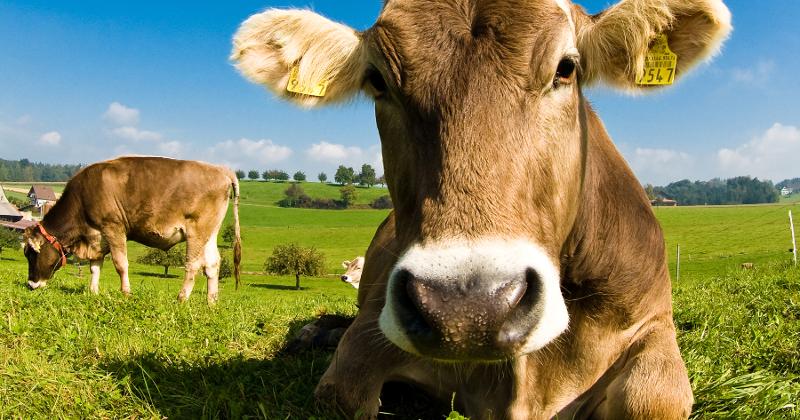 Just how much do consumers care about where their food comes from, and the manner in which it was raised and harvested? Consider the 2018 study Causes Americans Care About, which found that animal welfare was the No. 1 cause Americans are interested in supporting—more so than children’s education and hunger.

The survey of 1,000 adults by New York-based global consultancy firm Ketchum also found that 41% of Americans selected animal welfare as a top cause.

Embracing these values as they shop for food, today’s consumers are reading labels and signage, increasingly attuned to descriptors such as humanely raised, grass-fed, pasture-raised, crate-free and wild-caught.

And shoppers are hungry for more at grocery. According to The Power of Meat 2019 from the Food Marketing Institute, more than half of grocery shoppers (54%) want to see stores carry more grass-fed beef. And 52% want more products free from antibiotics and hormones.

A new study by Midan Marketing suggests that consumer education may be the key to further growth in grass-fed. The Chicago-based firm recently conducted the second edition of a 2016 segmentation study of U.S. meat consumers titled Meat Consumer Segmentation 2.0 Grass-fed Beef Eater Profile, 2019. “In just a few short years, the U.S. population has changed significantly, driven by younger generations with increasingly diverse ethnic profiles and attitudes,” according to Midan. “Topics like grass-fed beef, no antibiotics ever and plant-based meat alternatives that were emerging [in 2016] are now at the forefront.”

The study, which surveyed 1,200 U.S. adult consumers ages 18 and older who had eaten beef, pork, chicken or turkey in the past three months, found that 25% of meat eaters who are aware of grass-fed beef, purchase it regularly, while just 17% of all meat consumers regularly buy grass-fed. This may suggest that the more consumers know, the more they buy.

A study of U.S. beef shoppers indicates that grass-fed beef is an underpromoted category, representing missed sales opportunities at retail, particularly for traditional supermarkets and online. 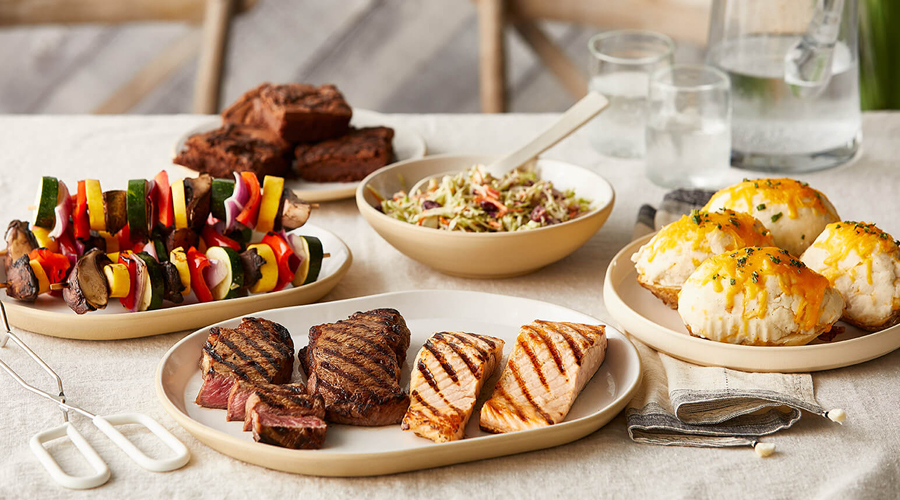 An estimated 50% of the grass-fed beef in the U.S. is from Australia, according to Meat & Livestock Australia, which also sees online retailing as a huge opportunity for increased sales. “Meat retailers must do more to replicate Amazon-like experiences,” Golding says. “Product details, multiple product shots, recipes, stories and reviews must all make their way to the online meat case.”

Shoppers care more today than ever. “It’s glaringly clear shoppers care more today than ever about how and where the animals they’re eating were raised,” says Golding. Outside of attributes such as color, price and grading, “all-natural” and “humanely raised” topped the list of purchase drivers. “Importantly for the industry, these are the same benefits, beyond taste, consumers are willing to pay more for, and this includes grass-fed beef.”

Meat is a highly planned purchase. Almost 4 out of 5 people “always” or “most of the time” know what type of meat they will purchase before they get to the store. Thus, getting meat on the shopping list ahead of time is critical.

Lack of awareness. “Being more overt with messaging in-store is even more important given the low amount of grass-fed beef awareness and the high sales opportunity,” says Golding. On a related note, the study also found that the majority (80%) of shoppers either have no set meat budget or are willing to stretch their budget to try something new.

“Consumers want to know the story behind the brand itself, so highlighting the better-for-you facts, transparent product origins and brand missions has been an essential way for our retail partners to connect with customers on this personal level,” he says. Verde also partners with retailers on in-store signage and promotions such as demos to drive awareness and new trial.

In response to consumer demand for convenience in this category, Verde Farms has expanded its 100% grass-fed, 100% free-range product mix to include more value-added products, such as ready-to-cook marinated beef. The company also recently launched two convenience items for grilling season: an all-beef uncured hot dog in all-natural and organic options and an all-beef, uncured dinner sausages in three varieties.

“These are particularly exciting because they’re clean versions of family favorites that are staples for grilling and gatherings,” says Ehrlich, who adds that Harris Teeter, based in Matthews, N.C., started selling the sausages in June.

The Alaska Seafood Marketing Institute (ASMI) in Juneau, Alaska, works with grocers year-round and across the country to promote wild-caught seafood from the state. Recent sales data suggests that these efforts have gone swimmingly. “What resonates the most is the ‘realness’ of wild seafood,” says Megan Rider, ASMI’s interim domestic marketing director. “It’s food people can feel good about because it’s swimming in the wild, cold waters and is sustainably caught.”

Rouses Markets of Thibodaux, La., promoted Alaska seafood with recipes, POS, packaging stickers and sustainability messaging in 60 stores. According to ASMI, the promotion provided a 130% sales lift from the prior year.

ASMI, which offers retailers a variety of merchandising tools and digital assets from posters and recipes to danglers and in-ice signs, has also witnessed successful promotions at Issaquah, Wash.-based Costco, which held 214 in-store demos featuring Alaska sockeye salmon at 514 locations nationwide. “When our partners promote wild Alaska seafood, they see excellent sales lift,” says Rider, who typically finds that such promotions yield sales increases of 15% to 125%.

While shoppers appreciate all-natural and crate-free pork from companies such as Coleman Natural in Kings Mountain, N.C., they also crave convenience. In the summertime, that means easy and delicious heat-and-eat options. With this in mind, Coleman Natural recently introduced the Budweiser BBQ Collection, which includes St. Louis Style Pork Spareribs and Pulled Pork in Budweiser Brewmaster’s Premium BBQ Sauce, as well as Beer Bratwurst and Jalapeno Cheddar Bratwurst infused with Budweiser Lager Beer.

“We want to keep things interesting in the meat case to pull consumers in to try something new, while still delivering on all-natural, simple ingredients that are sourced the right way,” says Mel Coleman Jr., VP of retail sales. “You get the same all-natural pork you can always expect from Coleman Natural, with the real taste of Budweiser lager beer.” In-store, the products will be merchandised together and with attention-grabbing signage, says Coleman. “You won’t have to go looking for pulled pork, sausages and ribs in different sections. It will all be there to grab and go.”

Niman Ranch in Westminster, Colo., is another producer committed to humanely raised pork and consumer education. “Consumer demand for delicious, humanely raised pork has always been a key driver for Niman Ranch’s success,” says Paul Willis, founding hog farmer. “We prioritize educating eaters as a key objective of our work. The more educated a consumer, the more likely they are to seek out Niman Ranch at restaurants and the grocery store.” 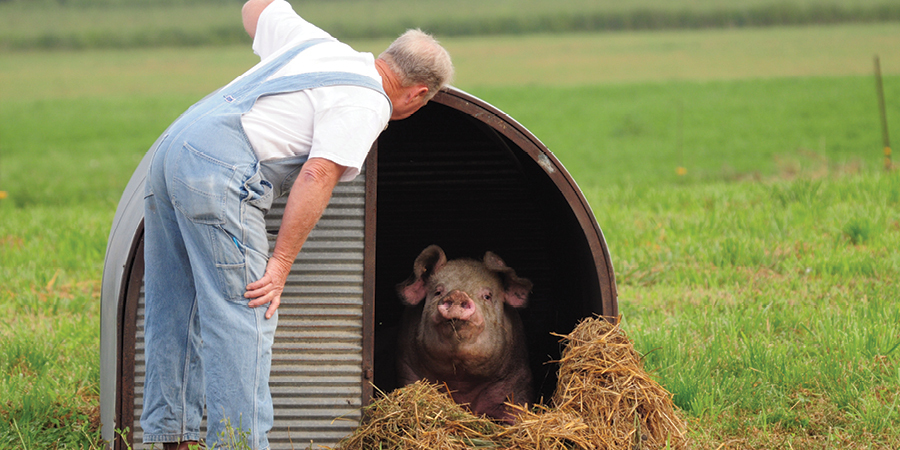 This spring, Solomon’s Fresh Markets in Nassau, Bahamas, debuted humanely raised pork beef and lamb from Niman Ranch, bringing these Certified Humane products to retail locations in the Bahamas for the first time. To celebrate, Niman Ranch and Solomon’s Fresh Market hosted a “Meat and Greet” that welcomed shoppers to sample Niman Ranch’s products and learn more about the company’s commitments to sustainability and family farmers.

Animal welfare and transparency are also top of mind as consumers shop for poultry. Organic, non-GMO verified, cage-free and pasture-raised are designations that resonate with shoppers.

“The top trend we’re seeing in natural poultry is a movement beyond individual claims to more holistic considerations of health, sustainability and animal welfare to raise the industry standard, which is where our focus is,” says Matthew Peno, senior brand manager of Wilkesboro, N.C.-based Nature Raised Farms, whose farmers and ranchers never add hormones and feed the animals a 100% vegetarian diet. The brand is available in a range of cooked and fresh products from chicken breast tenderloins to drumsticks and thighs.

“When I think of retailers who have had the most success with the Nature Raised Farms brand, the secret to their success is a holistic support plan that includes merchandising, signage and staff education,” Peno says.

Research recently completed at White Oak Farms in Bluffton, Ga., presents encouraging news for meat lovers who are also concerned about the environment. In 1995, White Oak Pastures, which is a key supplier to the General Mills brand Epic Provisions, converted from a conventional operation to a grass-fed, pastured program.

Regenerative agriculture is a system of farming that increases biodiversity, enriches soils, improves watersheds and enhances ecosystems. It also aims to capture carbon in soil and above ground, thereby reversing atmospheric accumulation. “The results of the LCA are extremely compelling, but carbon sequestration can be a complex topic for people to get their heads around, making it challenging at times to get the story out there,” says White Oak Pastures owner Will Harris.

While the story that cattle are destructive to the environment has been widely publicized, Harris says this new research counters that thinking. “The results from our LCA show that cattle can play an important role in the climate story,” he says.

“We feel that consumers who truly understand the benefits of regenerative farming will support farms that are practicing it with their purchase dollars,” he says. “It’s our job to share our story so they can make informed choices.”