Prices in U.S. grocery stores increased slightly in January, although the rate of increase was slower than in December, the U.S. Bureau of Labor Statistics said in its monthly Consumer Price Index report.

The January index rose by 0.1% from December on mixed results for the six major food groups. Prices were up for items such as carbonated beverages and beef. Fresh lettuce prices fell by 7%, likely reflecting recent food safety scares. 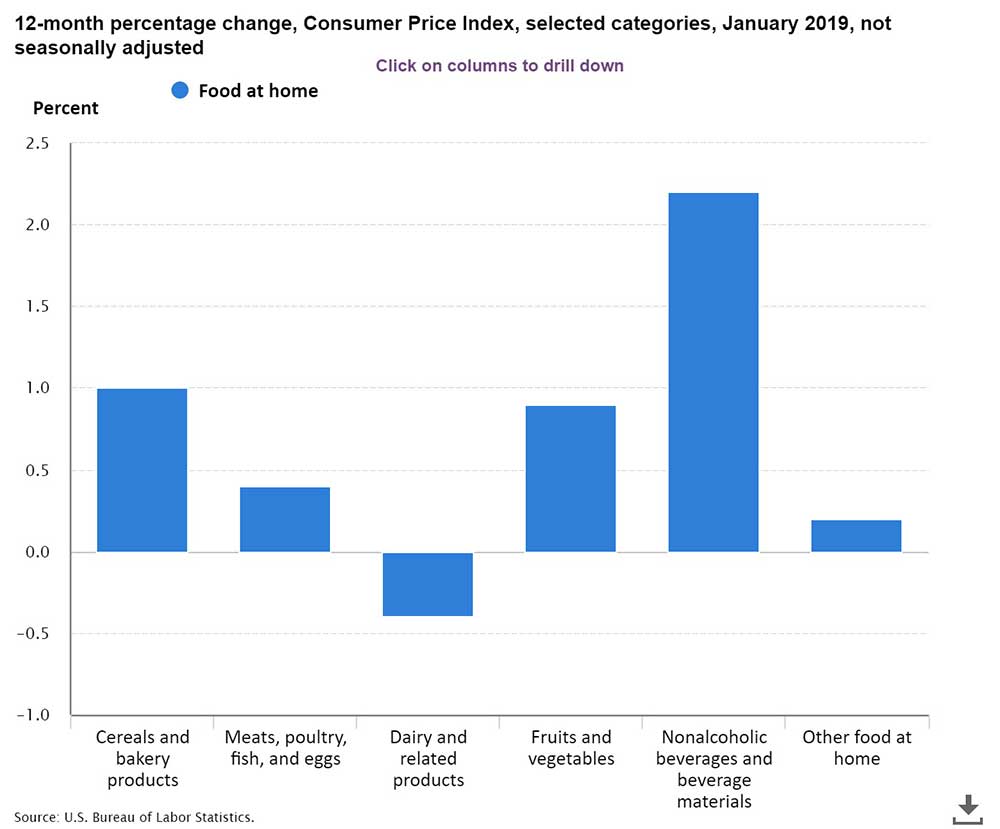 The index for nonalcohol beverages rose 0.8% in January, its largest increase since May 2017, paced by a 2.1% increase in carbonated beverages. The index for meats, poultry, fish and eggs rose 0.6%, powered by a 1.4% increase in beef prices and higher retails for ham, and other pork products.

Egg prices rose from December, but are still cheaper than they were last January, the index noted.

On a 12-month basis, prices for food consumed at home was up by 0.6% from last January, with five of the six major grocery store food group indexes increasing over the span, paced by a 2.2% increase in nonalcohol beverages. The dairy index was the only one to decline as compared to last January, with the index falling by 0.4%.