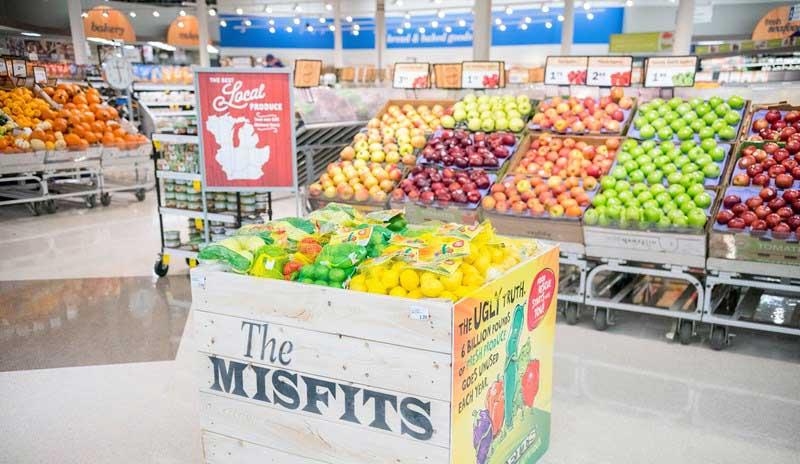 With an industrywide mission to reduce food waste gaining speed, several retailers and suppliers have introduced discounted “ugly” produce programs to divert unattractive fruits and vegetables from landfills. But are consumers really interested?

According to Eric Blom of Ahold Delhaize’s Hannaford Supermarkets, they’re not.

After launching Misfits, distributed by Robinson Fresh, in May 2016 on a pilot basis in 14 of its Albany, N.Y.-area stores, the Scarborough, Maine-based retailer quietly discontinued the ugly produce brand in April due to “insufficient consumer interest,” Blom told WGB.

Golub Corp.’s Price Chopper Supermarkets and Market 32 banners have recently done the same, according to an article by the Albany Business Review. The chain introduced the Misfits brand in August 2017 on a trial basis at 15 locations in the Northeast but found the quality to be poor and inconsistent with its standards.

“Though the program was noble in its intent, the quality of the product was inconsistent and didn’t always meet our high standards,” Mona Golub, spokeswoman for the Schenectady, N.Y.-based chain, told the Albany Business Review.

Robinson Fresh, based in Eden Prairie, Minn., has been at the forefront of the ugly produce movement in support of the U.S. Department of Agriculture’s goal of reducing food waste by 50% by 2030. Its branded Misfits line offers imperfect items such as apples, bell peppers, lemons and sweet potatoes at a 20%-40% discount with the intent of incentivizing shoppers to ignore the items’ cosmetic challenges in favor of their low price.

Other retailers including Meijer and Hy-Vee continue to offer the Misfits line, which they rolled out in 2017.

Meanwhile, The Kroger Co. recently revealed plans to launch its own ugly produce brand, Peculiar Picks, in early 2019 in an effort to combat the 6 billion pounds of fresh produce that get discarded each year due to appearance.

Similarly, Walmart Inc. offers its own irregular Russet potatoes line, Spuglies, for 88 cents per 3-pound bag, as well as a line of branded “I’m Perfect” mixed apple varieties, available for $4.95 per 5-pound bag.