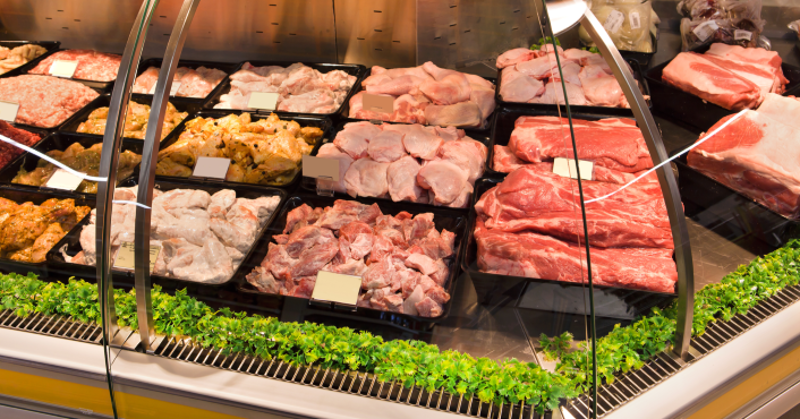 For the first nine months of 2021, U.S. consumers spent less on fresh meat at retail and made fewer purchases from the meat department than they did for the same period in 2020, market researcher IRI reported Wednesday.

Consumers spent an average of $14.38 per grocery trip on refrigerated meat and poultry through the first three quarters of this year—a slight dip of 0.7% vs. the same time in 2021. But that small slide in spend, IRI and partner 210 Analytics noted, was in the face of significantly higher prices for fresh meat and poultry this year.

Indeed, the Bureau of Labor Statistics' newly released Consumer Price Index report for September finds that retail prices for beef and veal were up 17.8% year over year in September, while prices for pork rose 12.7% and chicken prices were up 7.6%.

With prices in meat cases continually climbing, consumers also have cut back on purchases from the meat department so far this year, averaging 38.2 product trips from January through September, down 3.1% from the first nine months of 2020. And while the vast majority of U.S. households—98.1%—bought fresh meat at retail at some point in the first nine months of 2021, that share was down 0.5% from the same period last year.

"Year-to-date, engagement [in meat] is seeing some erosion in all areas, especially trips and spend per trip despite inflation," 210 Analytics President Anne-Marie Roerink wrote. "At least some shoppers are shifting dollars to the frozen-food aisles amid the inflationary conditions," which could account for some of the slide within fresh meat, she added. Regionally, sales declines for meat were largest in the Plains states (with sales down 6.1% vs. the year-ago period) and in the Northeast (down 5.1%) and smallest in the Mid-South (down 0.4%).

Consumers are keeping an eye out for deals, too, IRI and 210 Analytics found: The September survey, Roerink wrote, "also found a renewed focus on finding sales specials, both at the primary store and across stores, likely driven by the combination of inflation and lower promotional levels."