Shoppers’ food preferences and priorities can vary greatly across store departments and consumer backgrounds, from organic to grass-fed to vegan. But if there’s one attribute that often transcends food types and shopper demographics, it’s “local.”

Consumers now more than ever want to know how, by whom and where their food was made. They seek the story behind both the brand and the product, and they’re increasingly cognizant of supporting their local economies, particularly when it comes to fresh food. According to a recent survey by New York-based market research firm Nielsen, 85% of consumers are conscious of locally grown produce, with awareness highest among the greatest generation, baby boomers and Gen X.

For most U.S. markets—where locally grown produce is not only scarce but also contingent on seasonality—hydroponic, greenhouse- or hothouse-grown produce offer consumers the opportunity to support local farmers as well as access seasonal items year-round. As consumer interest in local food intensifies, it’s no wonder demand for greenhouse-grown fruits and vegetables is through the roof, with sales of greenhouse-grown fruit, for instance, rising a whopping 201% in the 52 weeks ending Dec. 8, 2018, according to Nielsen data.

Yet in the wake of multiple E. coli outbreaks and romaine recalls over the past year, shopping local greenhouse brands has become not just a preference but also, for some consumers, an assurance in terms of food safety and quality, and retailers are taking note.

From small independent grocers to large supermarket chains, retailers are increasingly teaming up with greenhouse growers—such as Whole Foods Market with Gotham Greens, Walmart Inc. with BrightFarms and Giant Eagle with Akron, Ohio-based Vigeo Gardens—to offer not only local produce but also quality assurance to their shoppers. Even Wendy’s made the switch from field-grown and will begin using tomatoes produced on either hydroponic farms or in greenhouses in each of its 5,700 domestic locations by early this year, citing its belief that the shift in supply will ensure a higher quality of tomato that can be sourced year-round.

As such, greenhouse-grown produce is exploding in growth, appealing to consumers and grocery retailers alike for its locality, traceability, quality, and consistency in taste and appearance.

In late December 2017, the CDC issued the first of three romaine-lettuce recalls that transpired over the subsequent year due to multistate E. coli outbreaks. Retailers and restaurants were instructed to discard and avoid all romaine products until a source of contamination had been identified—an investigation process that typically takes several weeks to conclude, leaving retailers and suppliers at a loss.

“It’s been a remarkable year in terms of recalls,” says Paul Lightfoot, CEO of greenhouse vegetable producer BrightFarms, based in Irvington, N.Y. “To have three in a row in one year was, I think, unprecedented. I was taken aback by it because I’m concerned about the health of Americans, and the health of the industry and all those jobs.”

The recalls hit the field-grown industry hard, not only because of the obvious setback from lack of product on shelf, but also via the consequential loss of consumer confidence in the category, which still lingers today and can spread beyond romaine and into other field-grown greens as well. 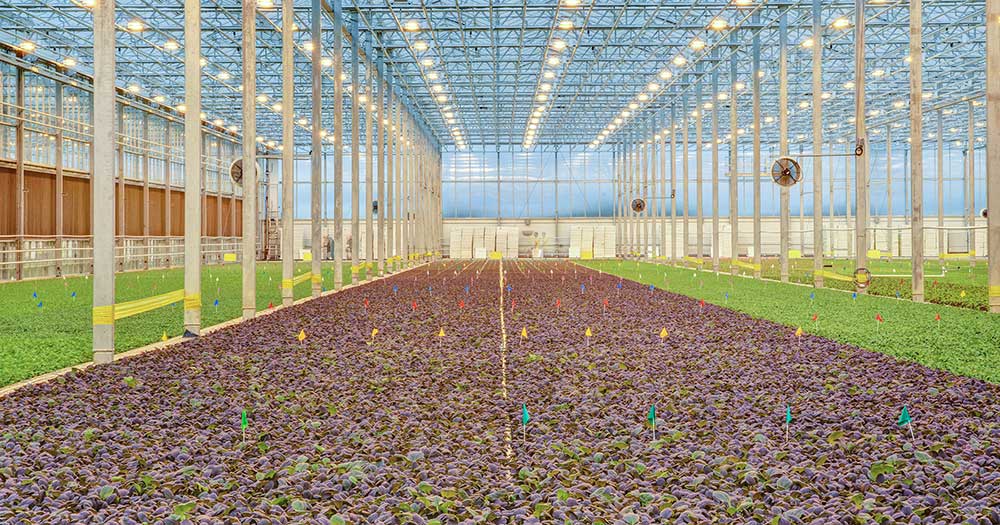 Yet while the unavailability and safety uncertainty around field-grown greens endured for weeks throughout each recall, BrightFarms—which locally produces a number of leafy greens such as romaine, spinach and kale—was back on store shelves less than a week after the CDC narrowed its investigation to specifically exclude greenhouse-grown salads. Further, while field-grown produce is vulnerable to outside elements, including animal waste (which can contaminate a farm’s water supply), greenhouse-grown items are produced in controlled environments with filtered water systems designed to prevent such forms of contamination. To that end, since the romaine recalls in 2018, BrightFarms has seen an uptick in sales and demand that has yet to subside, Lightfoot says.

“It seems as if consumers are using these opportunities, these breaks in the West Coast supply chain, to try something new, and when they do, they like it,” he says. “The result of all this is that many more consumers are turning their attention to local greenhouse-grown salad and are pleased with the experience.”

In addition to being grown in a controlled environment, most greenhouse brands are vertically integrated companies, ensuring control over the entire production process, from seed to store. The products are sheltered from exposure to those produced on other farms, which could risk cross contamination, and the simplicity of the supply chain makes it easy to trace the product directly back to the source—a major draw for consumers who increasingly demand transparency in the foods they eat. 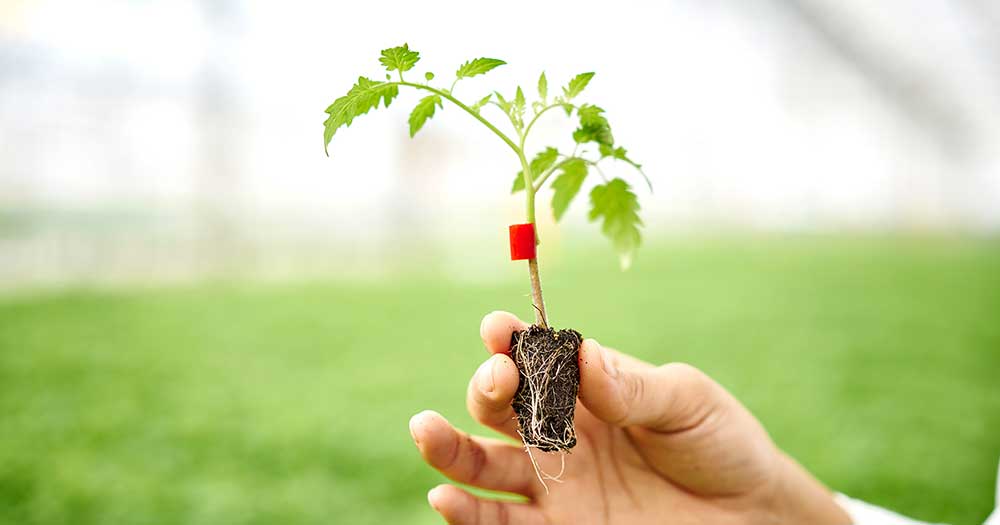 Vertically integrated greenhouse tomato grower NatureSweet, based in San Antonio, for instance, is certified Safe Quality Food (SQF) Level 3 by the Safe Quality Food Institute (SQFI). By owning and operating 100% of its greenhouses and production process, the company can ensure expedient traceability and safety assurance, benefiting both retailers and consumers in terms of getting product back on shelf and settling safety concerns. Operating at what she terms “the highest level of food safety in the industry,” NatureSweet Marketing Director Lori Castillo says, “We have a full product traceability code on every package and can identify where very package came from, down to the exact row in each greenhouse. Only tomatoes that pass every quality test are packed and shipped to retailers.”

Although food safety is a priority for both consumers and the food industry, there are stark regional differences when it comes to reactions to recalls and trust in the supply chain. While East Coast consumers and retailers are generally detached from their produce sources, like California and Arizona, those on the West Coast may feel a bit more connected and faithful to their local field growers.

“Portland and the Northwest and our partners in Northern California are very food-centered places where the E. coli outbreak has created very little ripples in my business,” Fairchild says. “I think that [our consumers’] love of food and their trust in the food system is enough that, when they see those stories come out, it isn’t something that’s long-lasting that affects some of their buying patterns.” 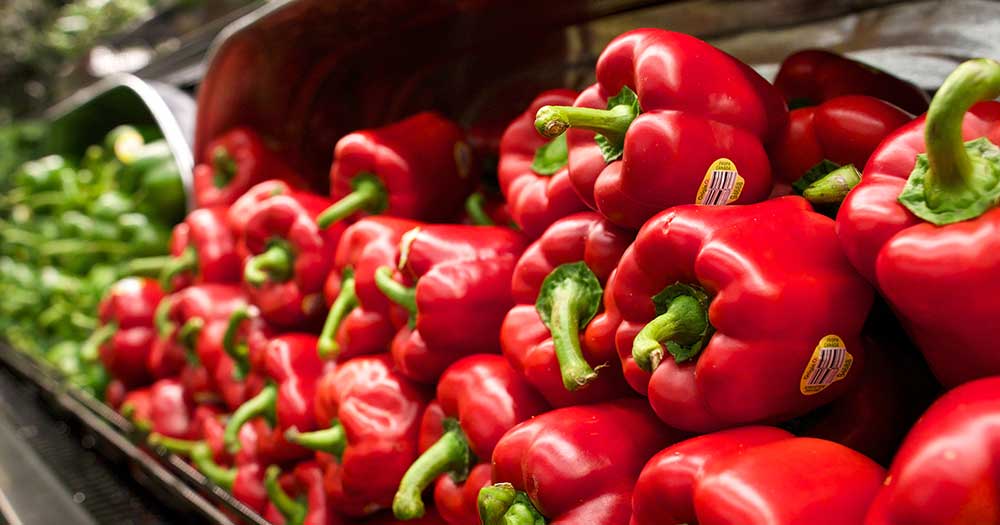 Though New Seasons carries some greenhouse-grown produce such as vine tomatoes, English cucumbers and peppers, greenhouse-grown “is not an attribute that customers ask about,” Fairchild says, nor is it featured on the retailer’s in-store signage. Rather, New Seasons Market calls out locality, highlighting the state of origin or a particular grower partner. To that end, while the retailer’s greenhouse-grown products are performing well, Fairchild says, sales are based not on the perception of quality assurance but rather on the appeal of the products’ local origin.

“Now more than ever, consumers are focused on where their produce comes from, how it was grown and the quality of the products they buy,” says Irving Fain, co-founder and CEO of New York-based Bowery Farming. Referencing the Food Marketing Institute’s The Power of Produce report, which found that consumers are 60% more likely to buy a locally grown product, Fain says that “our own research has shown that local and fresh go hand in hand for consumers. As a result of these trends, we’ve seen an explosion of demand for our produce.”

In addition to locality, the controlled environment of greenhouse-grown produce ensures a consistent product in terms of appearance, taste and availability, compared to field-grown produce, which is vulnerable to the unpredictability of weather conditions and seasonality.

According to a recent survey by Category Partners, based in Idaho Falls, Idaho, good quality and enticing displays are among the top factors driving shoppers’ produce purchases.

By building greenhouses strategically located around their retailer partners, greenhouse growers can deliver product from farm to store within one or two days compared to the average week it can take Western-grown produce to be shipped to East Coast markets. In turn, the companies reduce their costs of shipping fuel—by up to 95%, BrightFarms reports—and the product arrives to shelves several days fresher in both quality and appearance, which helps drive impulse purchases.

“It also means it lasts longer,” says Lightfoot. Grocery stores’ total category sales would rise, he says, “even though they’re using the same amount of shelf space because consumers will buy more of it. They trust it to last in their refrigerator. It’s one of these different models where it really is better for both the retailer and the consumer and for the supplier, in our case. It’s a win-win-win.”

What’s more, growing in a controlled greenhouse environment also eliminates the use of pesticides, appealing to a large base of organic-focused consumers. According to Nielsen, 84% of consumers are conscious of organically grown produce.

“Two of the most dominant trends that we have noticed has been the increase in specialty demand and in organic-grown product,” says Leona Neill, director of marketing and packaging for vertically integrated greenhouse grower Red Sun Farms, based in Kingsville, Ontario. The company produces a number of tomatoes, peppers and cucumbers year-round, ensuring consistent quality, taste and safety.

“Consumers are more educated and health-conscious,” Neill says. “So not only are they looking for food that caters to their healthy lifestyle, they are looking for different flavor profiles to complement their expanding tastes.”

However, for West Coast retailers, year-round availability of an off-season product can be a hard sell toward a consumer base that is closely connected with the food system.

“It’s a hard thing to be excited about a tomato in December, no matter where you are, no matter how you grow it compared to a field-grown tomato in the summer,” Fairchild says. “Our customers are much more seasonally focused,” which he says makes it “a harder sell for me to get our customers to be excited about an out-of-season product grown in a greenhouse just because it doesn’t always meet their flavor expectations.”

When it comes to greenhouse-grown produce, geography plays a strong role in terms of consumers’ purchasing trends. But for retailers in urban or East Coast markets, without the local availability of field-grown fruits and veggies, greenhouse growers provide an opportunity to offer local, safe and consistent produce to their customers.

Greenhouse-Grown Produce Sales Are Through the Roof

Note: Data is based on growing method characteristics combining hothouse, greenhouse and hydroponic.