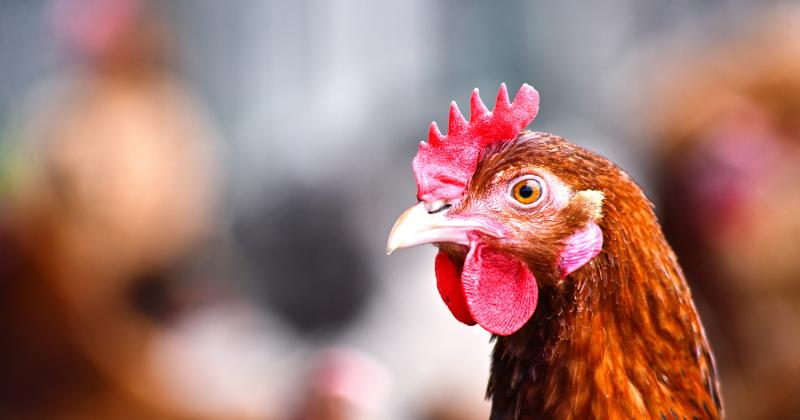 Chicken consumption in the United States was rising before the pandemic, and it has remained strong during it, and industry expectations are for another robust showing for chicken in 2022. While all fresh meat categories have experienced significant price inflation in the past year, with retail sales by volume dropping, the impact on chicken sales has been smaller relative to other proteins, according to January data from market researcher IRI.

In February, Tyson Foods Inc., which accounts for the single largest share of chicken plants across the U.S., reported strong first-quarter fiscal 2022 earnings, with chicken volumes growing 3.6%—proof, the company said, that poultry demand is not easing but instead is steadily increasing.

“The USDA projects chicken production will increase approximately 2% in fiscal 2022 as compared to fiscal 2021,” the company said in a statement.

In January, fresh chicken sales (in dollars) were up 6.4% vs. the year-ago period, IRI reported. Sales by volume were off 5.8%, smaller than the 6.5% pounds-sales decline for fresh beef and the 9.5% volume decline for fresh pork. Within the processed meat category, processed chicken saw the biggest sales gains over the course of 2021, with sales of chicken strips/pieces and other refrigerated chicken items climbing 11.3% year over year.

Consumers continue to prepare and eat the vast majority of their meals at home—more than 80%, as of the start of the year. Rick Stein of FMI–The Food Industry Association understands poultry’s draw when it comes to mealtime, especially as consumers fight rising meat prices. “Poultry is still an affordable protein,” Stein said in a recent interview with WGB. “It's experienced quite a bit of inflation,” he said, but overall, poultry continues to be a strong performer in dollar sales and volumes.

After two years in which chicken producers and suppliers have struggled with COVID-19-related staffing challenges and higher prices for everything from feed to transportation, the emergence of avian influenza in the U.S. this year has meant further strain on supply chains. The United States Department of Agriculture's Animal and Plant Health Inspection Service (APHIS) has confirmed the presence of the highly pathogenic avian influenza (HPAI) in birds in several states across the United States, including Michigan, Delaware and Maine. Press reports have indicated that recent shortages of Costco’s and Publix’s iconic rotisserie chicken are a result of HPAI.

On the sustainability front, producers and retailers are raising the bar on chicken welfare. Known for their strict product standards and commitment to sustainability, grocery retailers Natural Grocers, Earth Fare, Giant Eagle, Whole Foods and Thrive Market have pledged participation in the Better Chicken Commitment, a set of standards for broiler chicken welfare developed by a coalition of animal welfare organizations.