It’s no secret that the perimeter is actually the center stage of today’s grocery stores. And the produce department is among the ripest place for retailers to amp up their fresh fortunes by adding more theater in the form of fresh juice stations that press custom-order blends in front of shoppers’ thirsty eyes. Chop shops are also providing grocers with a stage to shine brighter by inviting guests to get familiar favorites such as onions or unfamiliar tropical fruits sliced or diced to their preference.

However, as opposed to similar convenient services offered by retailers, industry experts say elevated produce offerings work best when they encourage an interactive experience among the employee, the customer and the product.

Vanessa Dremonas, executive officer of Pete’s Fresh Market, which has 14 locations in Illinois—including seven in Chicago and four more in the works—says customers have driven its juice bar menu.

What sets Pete’s apart, she says, is that staff and management listen to what customers want and get it on the shelf for them, which also happens at the juice bar. “Whatever you desire will be possible,” she says. “Watermelon and ginger with a splash of guayaba? You got it. A turmeric elixir to reduce inflammation? Your wish is our command.”

When Pete’s created its first juice bar as it built its sixth store in Chicago in 2007, Dremonas says the retailer found the concept to be a “perfect marriage” of growing health trends and the company’s already abundant produce section for sourcing ingredients.

Pete’s staff and ownership worked together to experiment with recipes, starting with basics such as fresh squeezed orange juice and the ABCs (apples, beets and carrots), then advanced its offerings as time went on. Today, the bar is stocked with produce that comes from buyers who spend their days at the produce market hand-selecting and tasting fruits and vegetables, unlike its larger retail counterparts that “buy truckloads over the phone,” Dremonas says.

Beyond serving as a welcome addition for customers, juice bars can also help retailers cut down on food waste if run correctly, says Lori Flanagan, director of marketing for South Dennis, Mass.-based Ring Bros. Marketplace, which is known for its made-to-order smoothies.

Given produce’s short shelf life, Flanagan says a juice and smoothie bar is a “great way to minimize waste,” which, when combined with an increase in people following a healthier lifestyle, made adding the bar “an easy decision.”

As a bonus, Flanagan says the juice bar caters to consumers’ increase in dietary restrictions, and the made-to-order model make customers that fall into this category “very comfortable ordering their specific smoothie from us.”

This type of transparency and close interaction is what customers want, says Carlos Quintero, sales and marketing director for Miami-based Zumex North America, which manufactures juicing equipment for grocery stores. Consumers’ desire to “feel the uniqueness of the product they just purchased” imparts a VIP by allowing them to “feel it was made-to-order and made [just right] for them,” he says. 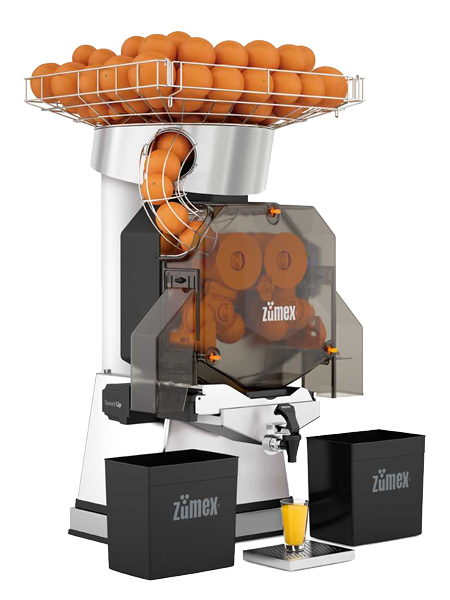 Quintero points to Whole Foods and Lucky’s Market as leaders in this initiative, with front-of-store juicing and transparent bottling practices. Accordingly, he advises retailers to “always take into account how they will be participating visually or interacting with the product they are purchasing.”

As juice bars become more widespread, another up-and-coming concept that may shape the future of grocery expectations are “fruit butchers,” also known as “chop shops.” The concept allows shoppers to choose their own produce and have it sliced to their preference, or even take home only part of a fruit or vegetable.

Lori Raya, chief merchandising and marketing officer for SpartanNash, says Fresh Divide is great for customers on the go, as it allows them a convenient opportunity to grab precut or made-to-order fresh, healthy produce. In addition to also offering fresh juice and infused waters, the Fresh Divide stations also display creative options for shoppers to try, such as stir fry mixes, zoodles and cauliflower rice.

Raya says the concept is “bringing craftmanship back to our stores,” and produce experts “know their customers, and can slice, dice and chop produce exactly how their regular customers want it.” What’s more, she says, “Customers can take home as much or as little product as they need.”

Raya says Fresh Divide boosts the retailer’s freshness image and customer interaction and uses products that are at their peak quality and flavor. It also leaves room for creativity, she says, such as fresh-made guacamole and pico de gallo in interesting flavors such as watermelon and mango.

Celery Juice: Celery has been selling out in grocery stores, and shoppers are queueing up in droves to get a cup of fresh-pressed juice made from the once-overlooked vegetable. Karen Caplan, CEO of Alamitos, Calif.-based Frieda’s Specialty Produce, shared in one of her recent “What’s on Karen’s Plate” blog posts that she reached out to the CEO of a local company that had been interviewed in an article on the subject. The CEO suggested the craze is thanks to “the awareness of Anthony William—Medical Medium,” who wrote a book on celery juice claiming that drinking it on an empty stomach in the morning acts as a detox. Caplan also said she ran into David Gill, owner of Gills Onions, who “looked fantastic” with clear skin and bright eyes and credited his glow to drinking 16 ounces of celery juice each morning.

CBD Infusions: Products infused with cannabidiol (CBD) have been making waves since the 2018 Farm Bill removed hemp from the Controlled Substances Act. Despite the shaky ground caused by CBD not yet being cleared at the federal level, the item is becoming the latest craze at juice bars in states that allow it. Fletcher, N.C.-based Earth Fare, for example, allows customers to add CBD to their beverages at the juice and smoothie bar, advertising it as a way to test its benefits without having to purchase it from the shelf, which often comes with a hefty price tag.

Cucumber: Cucumber has been identified by several retailers as a noticeable wellness trend. Vanessa Dremonas, executive officer of Pete’s Fresh Market, says her company’s stores have been able to perfect its recipe for cucumber juice based on customer demand, and it updated its systems as signage to fill that demand “in record time.” Lori Raya, chief merchandising and marketing officer for SpartanNash, says the company’s Family Fare banner’s infused waters and cold-pressed juices have been a hit, especially in on-trend flavors such as cucumber strawberry mint and watermelon. 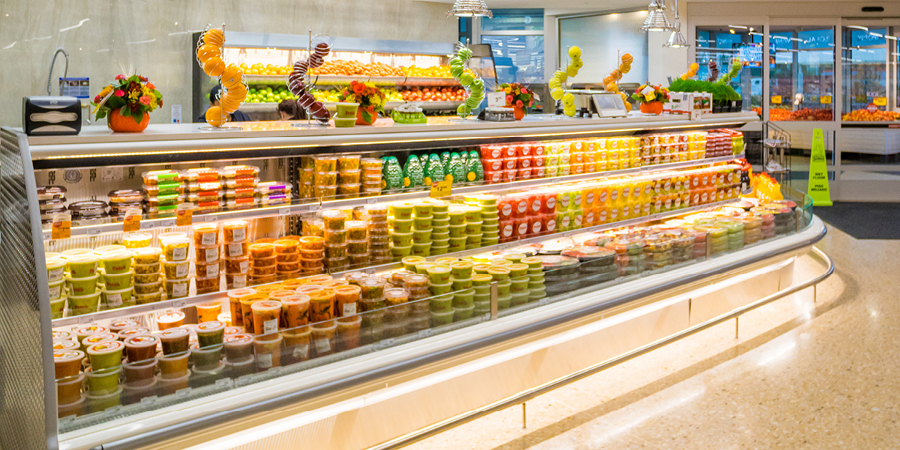