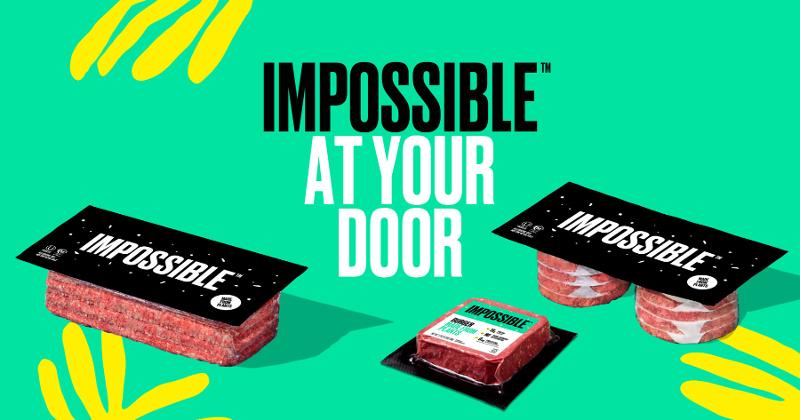 As demand for online shopping surges, Impossible Foods has launched a new e-commerce site that will allow consumers to buy its plant-based burger in family-size quantities for two-day home delivery.

Consumers in the contiguous U.S. can select from four pack options on the company’s direct-to-consumer channel: a Convenience Pack of four 12-ounce packages for $49.99; a Combo Pack of two 12-ounce packages and 10 quarter-pound patties for $59.99; a Family Pack, a single, 5-pound bulk package for $64.99; and a Grilling Pack, which includes 20 quarter-pound patties for $69.99. Shipping is free, and the orders come with compostable and recyclable packaging.

Redwood City, Calif-based Impossible Foods, which made its grocery store debut in September 2019, has increased its retail footprint nearly 20-fold since the start of the year. Its flagship Impossible Burger is now available in more than 3,000 grocery stores nationwide, including Albertsons, Fred Meyer, Gelson’s, H-E-B, Kroger, Ralphs, Safeway, Smith’s, Wegmans and more.