While meat and produce lead the fresh perimeter with about $60 billion each in annual sales, the meat category’s growth trajectory has leveled off in recent years, according to new data from Chicago-based IRI. “Overall, when you look at the meat department from a macro standpoint, sales are basically flat,” says Pete Swanson, senior consultant with IRI’s Fresh Center of Excellence. This lends to the challenge of better understanding the consumer, how to reach the consumer and garnering incremental purchases.

The numbers and potential for growth get interesting, however, when looking at basket sales that contain poultry, pork or meat.

“Based on our household panel data, which looks at the average trip and basket size pertaining to meat, consumers make an average of 22 trips per year that include meat,” says Swanson. “What we also see is that the average meat spend per trip is up to $14. That represents a 14% spend increase year over year. That’s a huge shift. The real wow is when you project that out.

“What if retailers could get more trips? If 10% of shoppers made just one additional fresh meat shopping trip a year, using that formula, the meat department would gain $163 million in sales per year. And since trip spends are higher when meat is in the basket, that translates to an increase of $750 million in total store sales.”

It sounds simple enough, but how can grocers entice shoppers to make that one additional shopping trip for meat each year? A focus on convenience, greater product education, affordable wellness and tying meat to the rest of the store all play a role in moving the meat-trip needle.

“Across the perimeter, consumers are voting with their dollars for more convenience,” according to IRI’s The State of Meat 2019: Evolution of Protein report. While sales of fresh whole meat were up just 0.2% last year, sales of fresh prepared meats were up 2.4% (to $13 billion), sales of added-value meats were up 2.6% ($18 billion) and sales of meal kits were up 73% ($89 million).

“Value-add pork is experiencing close to double-digit growth across all regions, [to the extent that] it’s becoming a challenge to find conventional fresh pork on the shelves for certain cuts such as pork tenderloin and pork loin filets,” says Swanson. “While value-add is a positive for growing pork sales, traditional/conventional pork products are still the lion’s share but are currently declining at nearly 2% year over year. It’s important to continue educating the consumer on proper cooking methods and easy-to-prepare recipes for positive eating experiences at home to avoid further declines.”

Consumers who purchase marinated pork loin are not tied to one flavor profile but rather the convenience factor. “When it comes to flavors growing market share, spicier Asian and Indian preparations are on-trend, but traditional flavor profiles such as Italian and barbecue will continue to be the main sellers,” says Swanson.

Consumer education is another opportunity to boost meat sales because America’s meat knowledge is lacking. Only 47% of consumers consider themselves “knowledgeable” about meat and poultry, according to 210 Analytics and the Food Marketing Institute’s The Power of Meat 2019 report. Additionally, 35% say they know the basics, while 18% say they need help.

The statistics are even more sobering when considering the millennial shopper: Seventy-two percent of millennials say they “just manage” or “need help” when it comes to meat and poultry.

The key to growth lies in variety, education and empowerment, says the Food Marketing Institute, Arlington, Va. About half of consumers (41%) buy a handful of cuts/kinds of meat and don’t tend to try anything new or different. But 42% of shoppers who buy a handful of cuts/kinds of meat say they would be willing to give something new a try, if advised. Just 17% of consumers say they buy an extensive variety of meat.

“We can’t afford to stay status quo with our approach to meat sales,” says Jonna Parker, principal with IRI’s Fresh Center of Excellence. “There’s such a tremendous opportunity, but we need to overcome consumers’ poor education and lack of awareness of meat cuts and preparation techniques. We have a gap in knowledge that is going to hold us back. We need to help consumers find unique and interesting ways to cook meat.”

With high marks for three attributes that are most desirable to today’s consumer—convenience, health and indulgence—prepackaged refrigerated meat and fresh beef ribs are both among the fastest-growing fresh categories.

IRI finds that branding by the beef and pork industries, point-of-sale materials in-store and cross-merchandising other ingredients shoppers may need in order to make a suggested recipe can all help drive sales.

Studies show that consumers increasingly want to know the story behind foods before they buy. As a result, interest in “wellness meats,” including organic, antibiotic- and growth hormone-free, grass-fed and those produced with humane practices and processing, is on the rise. But despite the inherent emotional connection consumers have with these products, IRI data suggests that price remains a decisive factor when it comes to purchasing.

“All cuts of conventional chicken is $2.49 a pound and no antibiotics is $2.89 a pound, which makes it easy from a price perspective for consumers to make the switch,” says Swanson. “Organic and no antibiotics together make up 42% of chicken sales, and they probably will exceed the 50% mark in a couple of years. We still see a 5% growth rate year over year, which is pretty substantial growth compared to other proteins.” 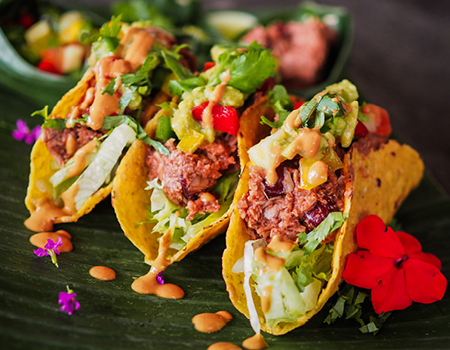 At the same time, price discrepancies make it more challenging for the beef consumer to make the switch, says Swanson. The average price per pound for conventional beef is $4.67. The cost for no-antibiotics and organic offerings is nearly double that at $7 per pound, with middle meat loin cuts exceeding $11 per pound on average.

In addition to offering a variety of price points, increasing sales in the wellness class of meats also depends on convenience, quality and messaging that sparks an emotional connection with the product.

Dollar sales of whole bird turkeys were down $73 million, while volume was down $33 million for the 52 weeks ending Sept. 8, 2019, according to the recently released Balancing the Cross-Aisle Pendulum report from IRI and the Food Marketing Institute, Arlington, Va.

“We need to rethink the holidays and how to connect turkey to the rest of the store all year-round,” says Jonna Parker, principal with Chicago-based IRI’s Fresh Center of Excellence.

Traditional commodity categories such as whole bird turkey, which was among the bottom eight fresh perimeter categories ranked for that time period, have struggled to achieve growth. Despite declines in turkey sales nationally, sales in some outlets increased, according to the report. Turkey sales at discount grocers/outlets were up 34%. Sales were also up for grocers such as Whole Foods, Aldi and Trader Joe’s, which experienced lifts of 18%, 10% and 8%, respectively.

“Whole bird sales were down last year despite retailers heavily discounting the category,” says Parker, who notes a 10% decline in families buying whole bird turkey. “Turkey is still on the plate, but it’s not necessarily the main event, as it once was.”

According to the report, 35% of U.S. households buy turkey in November and spend $90 in the store, with basket size increasing in grocery, supercenter and club. Grocers looking to grab a bigger share of the holiday spend on turkey and the trimmings need to evolve, says Parker.

Transaction data reveals that while turkey purchases spike one week prior to Thanksgiving, shoppers are still purchasing turkeys after the official holiday, suggesting that today’s consumer is flexible about when they gather around the table with family and friends.

“Friendsgiving” celebrations—a Thanksgiving-themed party celebrated either before or after the holiday—are on the rise, finds IRI. Held in addition to a traditional Thanksgiving dinner, these gatherings offer grocers fresh opportunities for deli foodservice sales and more throughout the month. “Retailers who think it’s just Thursday with a big bird are missing out,” says Parker.

“Most retailers last year were promoting turkeys two weeks prior to Thanksgiving, while the majority of turkey sales took place one week prior,” she says. Also contributing to the overall erosion in holiday meal sales is the fact that many grocers offer similar promotions and fail to tie turkey sales to sales of complementary items—from produce to bakery and party supplies—throughout the store.

“Retailers have the opportunity to incentivize people to also make purchases in the next department over, and even the entire store. What we see is consumers going to the store for a great price on a turkey, and then buying everything else for the meal somewhere else,” says Parker.

Improved selection and convenience at Walmart, as well as online grocery development, is reshaping where consumers buy meat, according to IRI.

Source: IRI Household Panel, 2018 vs. 2017
Note: Numbers do not add up to 100% due to rounding
* includes independent grocers, farmers markets and specialty stores)

How can grocery keep more turkey baskets? Instead of just giving a discount/low price on turkey, operators should get shoppers to come back again, suggests the Balancing the Cross-Aisle Pendulum report. For example, data shows that turkey buyers also buy other meats, so give them a $5 coupon at the meat department the next time they shop the store.