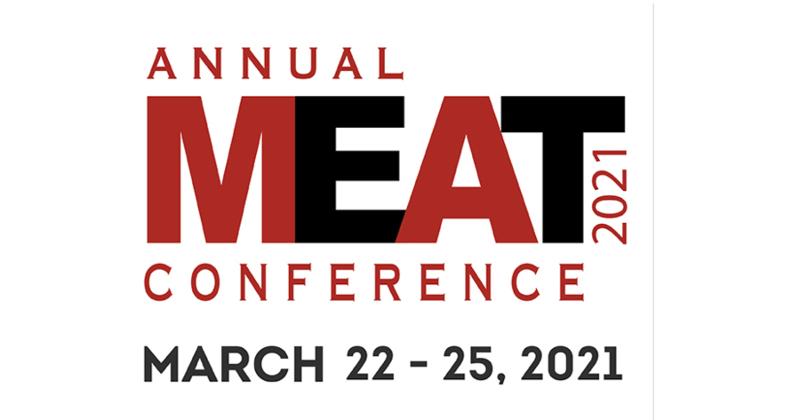 This year’s virtual Annual Meat Conference (AMC) kicked off March 22 with a keynote presentation titled, "Business Beyond 2030," from global futurist Chris Riddell, who said machine learning, AI and global digitization is going to move us in an “extraordinary direction” filled with “seismic shocks” in the decade ahead.

We’re living in a world of increasing disruption and disorder, and we will continue to have “shocks” in technology and those biological in nature like COVID, said Riddell. Every seismic shock becomes a trigger to change things in the future across all industries—pharmaceuticals, real estate, technology and retail—and more importantly, change things for the better.

He also sees “fundamental systemic changes” in consumer behavior influenced by digital being the new normal, particularly in the retail space, where everything is known about the consumer and their shopping patterns. For example, the online shopping goals retailers had for 2030 have already been surpassed.

After the massive disruption brought about by COVID, including in the retail space, thinking we will return to old norms is “ridiculous and absurd,” he said. Instead, we should buckle in for volatility and uncertainty, complexity and ambiguity in the decade ahead. The only certainty in the future is that there will be more unknowns.

In terms of changes to the retail landscape, Riddell underscores the expression “never waste a good crisis.” When there’s crisis, people fall into two groups: those who hope things go back to normal as quickly as possible and those who use the crisis to spark change.

Since COVID, numerous businesses have seen record sales from Kellogg’s to Duracell and Amazon, which grew by $400 billion in seven months.

“No one is staying in their lane anymore,” added Riddell, pointing to companies such as Apple with its cloud technology and Sony, which has gone into car production. When it comes to retailers, Walmart is definitely not staying in its lane.

Walmart, which Riddell described as the “complete antithesis” of Amazon, is No. 1 on the Fortune 500—“a brilliant example of an Old World business” playing by new rules, Riddell said. Offering delivery of groceries all the way to the consumer’s refrigerator or robot delivery for those not comfortable with a delivery person entering their home, Walmart has reinvented itself as a tech startup, he added.

The time is right for innovation and experimentation, urged Riddell, quoting Nelson Mandela, who said, “I never fail. I either win or I learn.” Push yourself to innovate with as many ideas as possible. Be brave, learn and repeat, said Riddell, it’s the key to tackling the never-normal future.