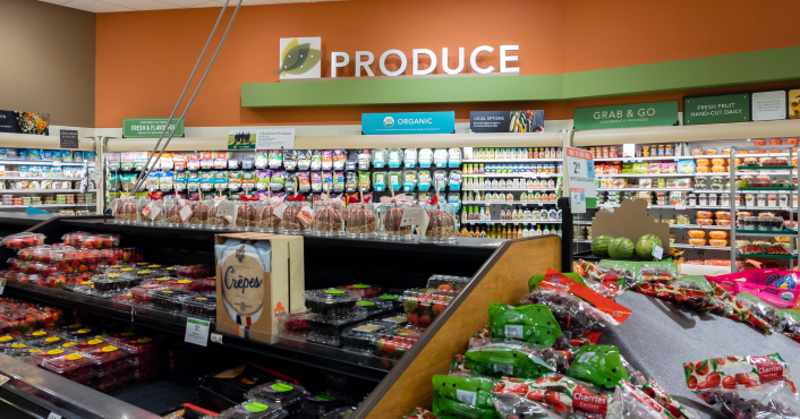 Grocery shoppers are a little more wary of busting budgets on berries of late.

New research from FMI–The Food Industry Association finds that a plurality of consumers (25%) now rank price as their No. 1 factor when making produce purchasing decisions, ahead of considerations such as appearance (19%), health benefits (19%) or ripeness (15%).

That's a switch from last year, when appearance and quality were consumers' top concerns when buying fresh produce, according to Rick Stein, VP of fresh foods for FMI. And it comes, unsurprisingly, as consumers say they're acutely aware of and concerned about rising prices at the grocery store.

Ninety-five percent of consumers polled by market researcher IRI in January said they're worried about food inflation. More than 4 in 10 (42%) said they're extremely concerned about it—landing food inflation at the top of primary grocery shoppers' list of concerns in January, according to IRI's survey.

Consumer prices for food at home were up 7.4% year over year in January—the government's February data is due out on March 10—and fruit prices rose even more: Fresh fruit prices at retail jumped 8.2% in the 12 months ending in January.

FMI, in its newly released 2022 Power of Produce report, said consumers are responding by seeking out produce choices that have a longer shelf life and opting for substitutes when prices for their top-choice fruits and vegetables rise.

As important as price is to produce shoppers, though, it isn't the only influence on their buying decisions. "We [also] see more shoppers concentrate on health and well-being when making fresh produce purchasing decisions and a strong desire for convenience," Stein said in a news release about the association's new report. Some 96% of consumers, according to FMI, view produce purchases as an investment in their personal health and well-being.

That health halo for fresh produce may be a boon for the produce department as prices continue to rise throughout the grocery store: Research from software provider Symphony RetailAI suggests that price-sensitive consumers are prioritizing purchases of fresh produce over other fresh-perimeter items. "Meat, poultry and dairy specifically are underperforming with price-sensitive shoppers," Symphony RetailAI reported last month.

Most consumers buy fresh fruits and vegetables for specific health benefits, FMI noted in 2022's Power of Produce. And one-third of shoppers who say that they pay a lot of attention to health and nutrition "tend to see fresh produce as playing a central role in their diet," according to the association.

Beyond decent prices and specific nutrition profiles, what are consumers looking for in the fresh produce department today? Locally sourced options, for one, FMI finds: Fifty-six percent of consumers said they want to see more locally grown fruits and vegetables at their retailers of choice, according to FMI. Convenience is another top priority: Value-added (e.g., precut) produce accounted for 14.4% of fresh produce sales in 2021, FMI reported, and almost half of shoppers surveyed said they frequently purchase value-added fruits (48%) or vegetables (45%). Further, despite rising produce prices, 27% said they expect to purchase more value-added produce in the coming year, with only 5% saying they expect to purchase less.