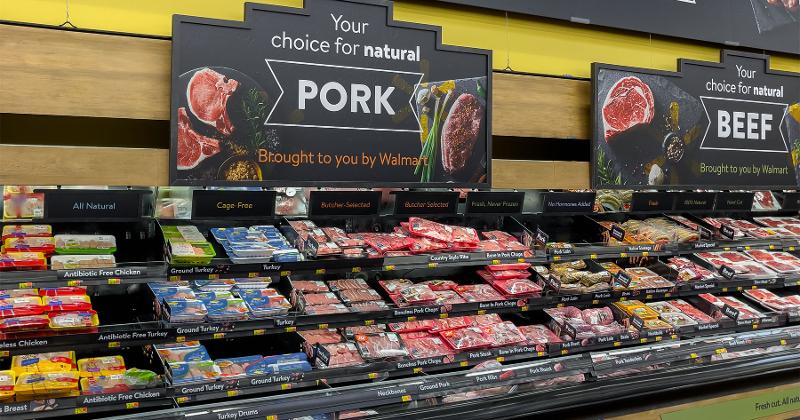 Hear that sizzle? That's the sound of red-hot inflation for Americans' beloved bacon.

Bacon saw retail prices up more than 21% year over year in January, to $6.78 per pound, according to data from market researcher IRI. Bacon's price spike over the past year was the largest among the 13 types of meat that IRI tracks, and the other two biggest gainers were pork products, as well: Retail prices per pound were up more than 15% for fresh pork and nearly 18% for breakfast sausage.

That's despite wholesale price increases for pork that were much more modest than those for other meats. At the producer level, pork prices in January were up only 3.3% year over year, with declines seen in each of the past five months, the Bureau of Labor Statistics reported in February. In contrast, wholesale prices for beef shot up nearly 44% from January 2021 to January 2022, and processed-chicken prices rose 27%.

Those outsized price spikes for pork at the grocery store appear to have taken their toll: While retail volumes fell for most meat products in 2021 from 2020's record-breaking highs, pork products saw the steepest volume declines. By pounds, bacon sales were off almost 11% at the start of 2022 from the year-ago period, according to IRI. Volume sales for fresh pork were off 9.5% year over year in January, compared with declines of 6.5% for fresh beef and 5.8% for fresh chicken.

Fresh pork racked up $708 million in sales in the first month of 2022, about half the total of fresh chicken ($1.4 billion) and less than one-quarter of beef's $3 billion in sales for the month. And while dollar sales gains for fresh chicken and fresh beef both were up north of 6%, fresh pork picked up gains of only 4.6%. A bright spot for pork was grinds: Although a much smaller subcategory, budget-friendly grinds have seen a significant uptick in volume sales in the past two years, with volumes for pork grinds flat vs. a year ago and up 7.7% from January 2020. Dollar sales for pork grinds in January were up 17% from the year-ago period, IRI reported.

A quest for budget-friendly finds may underlie consumers' meat purchases in 2022. With inflation hitting 40-year highs and leading consumers' grocery-shopping concerns, choices that deliver strong perceived value—a balance of convenience in preparation, accessible pricing and the tastes consumers crave—are likely to win out.

"We expect people to become much more price-sensitive" in 2022, IRI President of Strategic Analytics KK Davey said back in November. Already, he said, the pandemic-accelerated trend toward premiumization was beginning to lose momentum, with consumers pulling back on purchases of pricier bacon choices, for example.

But consumers are still preparing the vast majority of their meals at home—more than 80% as of the start of the year, according to IRI—as price inflation at restaurants takes an even bigger bite out of household budgets. And there, again, is where pork may find its greatest opportunity at retail in 2022: through convenience-oriented and value-emphasizing options (chopped pork for stir-fries, shredded for barbecue or tacos) that let consumers enjoy craveable, restaurant-quality flavors in right-size portions at a fraction of the price of a restaurant meal.