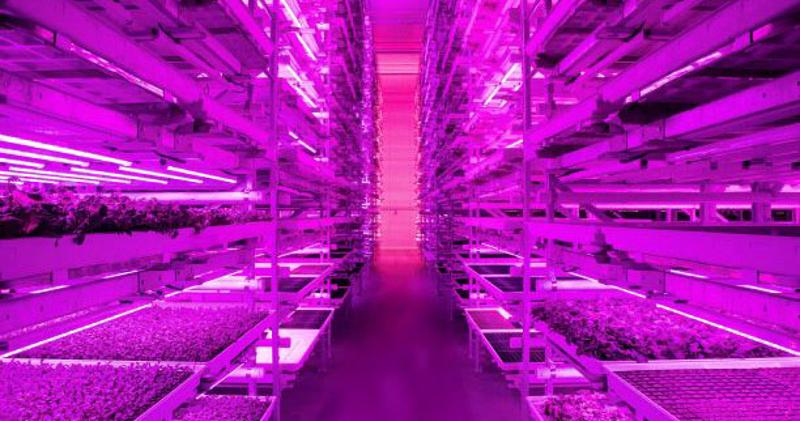 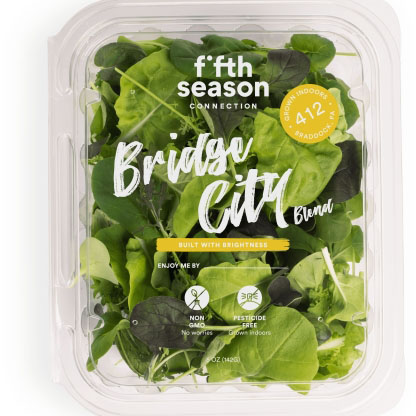 Fifth Season is positioning itself as a fresher source for greens for grocers and consumers east of the Mississippi. The vast majority of leafy greens sold in the U.S.—98%, according to Fifth Season—are grown in California, Arizona or outside the country. "Produce isn't grown where the overwhelming majority of consumers demand it," the company stated.

Growing leafy greens in a controlled environment closer to their end destination reduces the need for long-haul transportation and ensures fresher product on store shelves, according to Fifth Season. The company also said its vertical growing system uses 97% less land and 95% less water than conventional farms.

Robotic picking systems harvest the greens, "creating a significantly lower risk for pathogens and other contaminants" vs. picking by humans, the company stated in its release. Fifth Season's solar-powered, 60,000-square-foot farm opened in Braddock, Pa., in 2020; the facility is expected to produce 500,000 pounds of produce in its first full year of operation. Besides its distribution to grocery stores, the company also offers direct-to-consumer sales and a subscription service.

The company, founded in 2015 as RoBotany, has big-name backing, as well: NHL Hall of Fame member and Pittsburgh Penguins co-owner Mario Lemieux is a partner, and earlier this year, Fifth Season announced it will be the official greens provider for the Penguins.