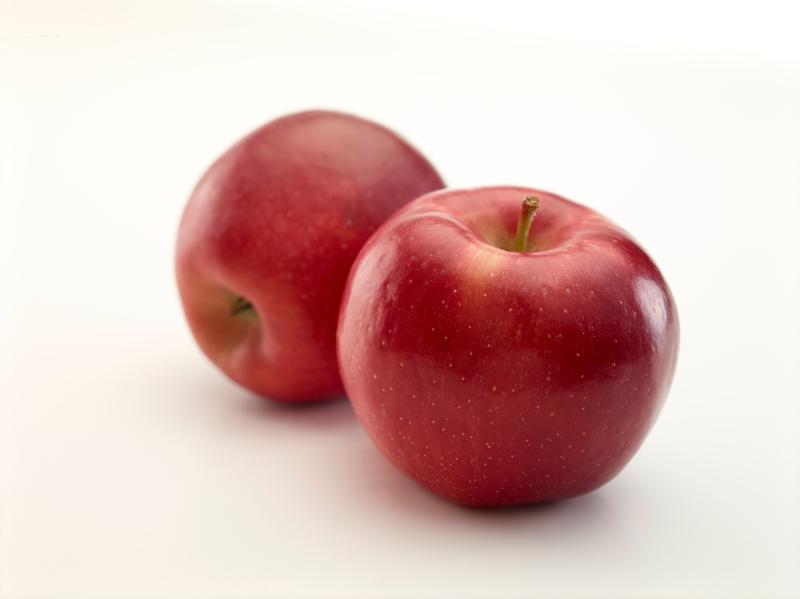 RubyFrost apples, available exclusively from Crunch Time Apple Growers, have sold out right before the start of the spring season.

“We can’t believe how quickly we sold out this year,” says Mark Russell, Crunch Time apple grower and marketing committee chair. “The response from consumers has been extremely positive, and that meant bigger orders from our retail partners.”

RubyFrost expanded its retail distribution by 40 percent in 2016 reaching additional markets across the U.S. The season launched the second week in January and the final supplies were shipped out in mid-March. “It was particularly gratifying for me to have coast-to coast success with RubyFrost. As an Eastern grower, we love to ship west,” Russell adds.

The crisp texture combined with the well-balanced taste of sweet and tart flavors make the RubyFrost apple a great snack. According to Russell, consumers showed their love for the new apple this year via social media feedback.

“The high demand for this apple shows that its qualities stand out," Russell says. "There’s are a lot of new energy in the category and it’s become an exciting and competitive space. RubyFrost sells well because it eats well, and that’s what consumers demand.

Formed in 2010, Crunch Time Apple Growers is a grower-owned company united with the mission of introducing crunchy and flavorful apples to the marketplace. The organization is comprised of 145 grower members in the state of New York, representing about 60 percent of the state’s apple production.

Crunch Time Apple Growers teamed up with Cornell University, a world leader in apple breeding, to bring the RubyFrost and SnapDragon apple varieties to market.  Both apple brands are grown exclusively in New York, and the royalties support Cornell’s apple-breeding program.