There is a big difference between what products are sold in the deli and what consumers want. Shoppers have one mission when visiting the deli department: to find an easy meal solution they can be proud to serve to their families.

Meanwhile, the industry often still focuses on innovations, product selection or price cuts1. Wouldn’t it be easier to realign objectives to meet shoppers’ needs instead of missing out on opportunities for repeat sales and overall store satisfaction?

Most consumers agree that prepared foods are easy and convenient, but having to choose from an assortment of random deli products doesn’t necessarily translate to total satisfaction. They see the deli department as somewhere to pick up a quick meal or snack, but it really isn’t in their consideration sets when they want to serve their family and friends a dinner they will actually enjoy2. 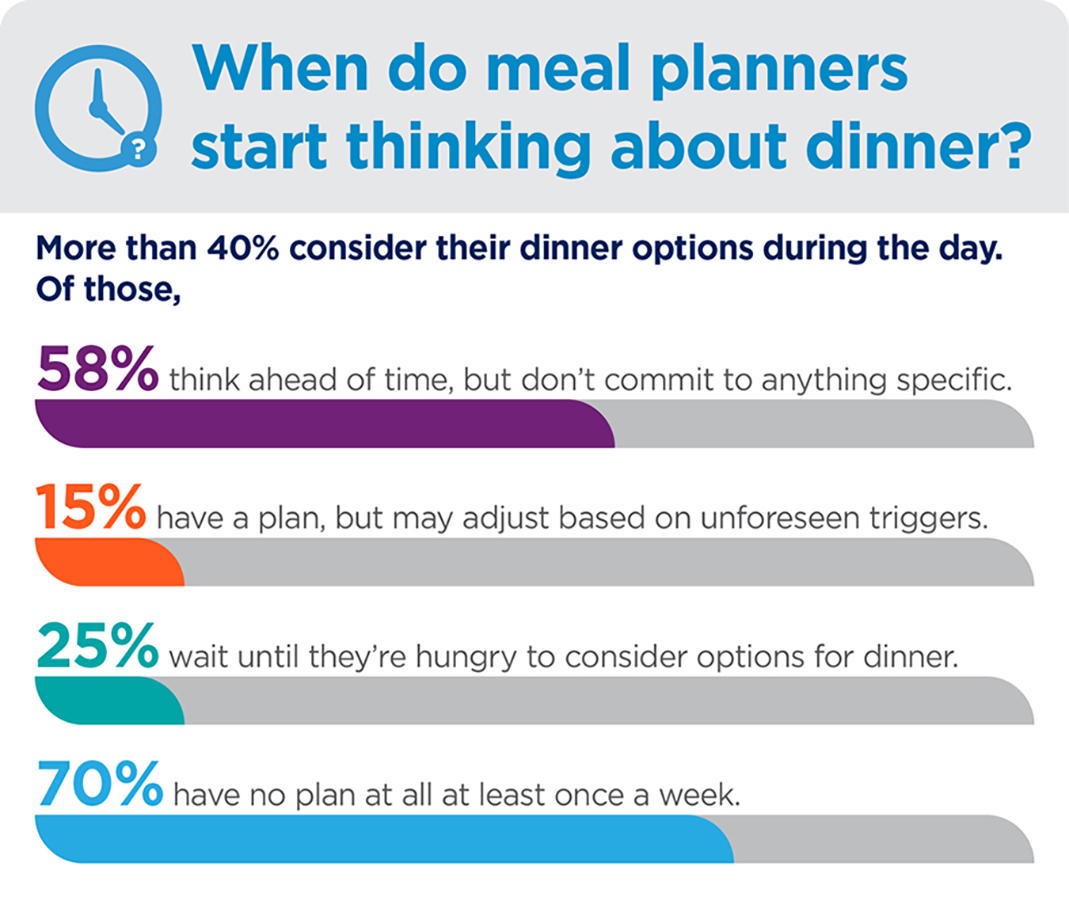 It’s not surprising that consumers can’t decide what’s for dinner, even when the clock is ticking during the late afternoon “dinner decision” hour. They are stuck in the loop of broken deli messaging that limits their choices.

It’s time to change the message to one that positions prepared foods as part of a satisfying meal solution. It’s time to meet the needs of consumers on a human scale.

What makes a “proud to serve” meal?

Consumers have made it clear: They want a meal they are proud to serve, that satisfies their family and transitions a hectic day3. Meanwhile, they reject the offerings of the one size-fits-all deli because they do little to provide meal experiences they desire4.

Shoppers want to make easy and satisfying meals featuring prepared foods, but they need help with planning, shopping and meal prep. They need resources including:

Positioning prepared foods as part of a satisfying meal

Here’s where need meets opportunity. What would happen if retailers were to show shoppers how to use the department and equip them with educational tools so they can make easy, delicious meals featuring prepared foods? Could it empower them to create meals that they are proud to serve? Would that inspire them to shop the deli more frequently? How might that affect department sales?

Tyson Foods recently partnered with a leading food retailer6 to put this idea to the test and found that changing the conversation could be measured in sales lift. The three-month campaign focused primarily on in-store and out-of-store communications, with the main message being the ease of using prepared foods to assemble convenient meals that deliver freshness and quality.

This experiment also proved that connecting consumers with resources that make their shopping trips easier and meals more enjoyable serves a greater purpose than simply meeting their needs. It positioned the deli as a valuable asset and lifted sales across the department as well as throughout the store.

Changing the conversation delivers a different message but uses the same communication methods most retailers are already using, such as store signage, recipe cards, social media, emails and online advertising. It changes the message from focusing on products and price to messaging that inspires and educates. 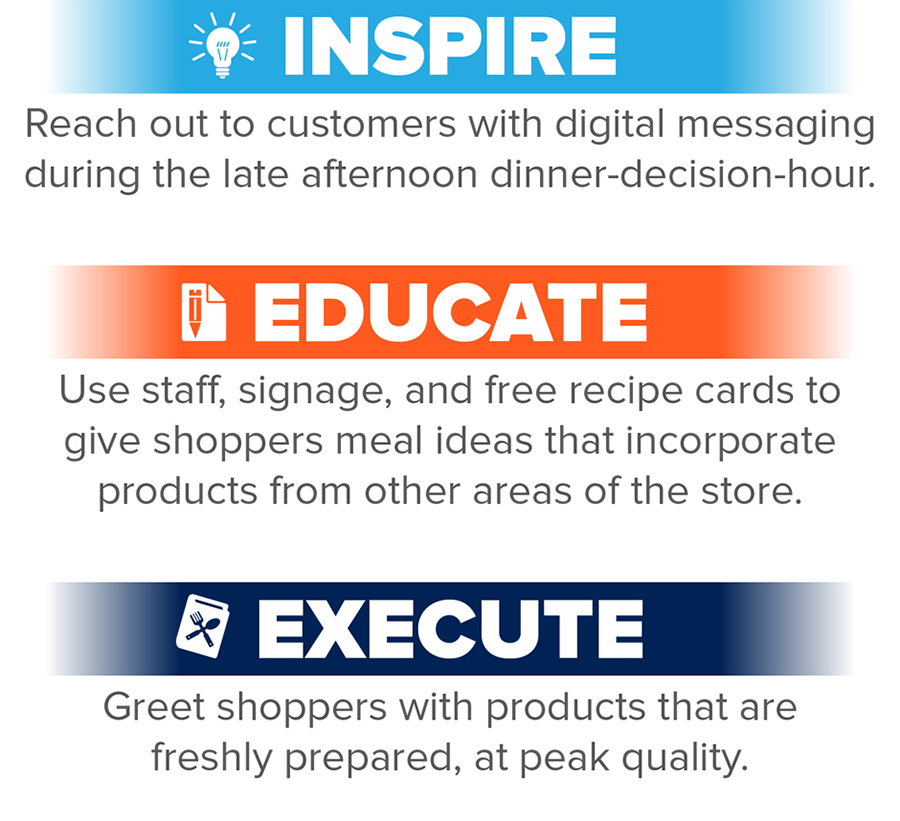 Find out more about the unique ways Tyson Deli is approaching prepared foods at tysonvelocity.com/exclusive60.