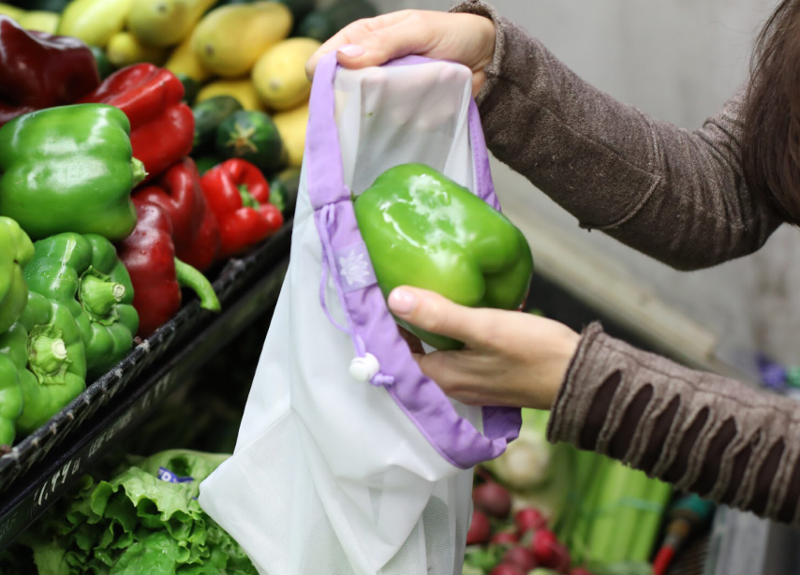 Single-use plastic produce bags will be prohibited in California grocery stores beginning in 2025, under a new bill signed into law late last month by the state’s Gov. Gavin Newsom.

The law makes California the first state in the nation to phase out pre-checkout bags, which must now be replaced with recycled paper bags or those made of compostable materials.

The law as set forth in SB 1046 takes effect on Jan. 1, 2025. That’s when it will become illegal for California grocers to provide a single-use plastic bag to shoppers “that is designed to protect a purchased item from damaging or contaminating other purchased items in a checkout bag, or to contain an unwrapped food item,” according to the law.

The California Grocers Association opposed the law, and in April, the group asked the legislature to move the date it took effect from 2023, as originally proposed, to 2025 to give grocers more time to prepare, according to The Mercury News.

Pre-checkout bags protect consumers from potential food contamination and illness and also prevent breakage of fragile items, the grocers’ association said in a letter to California’s legislature, according to the newspaper.

In 2016, California voters approved proposition 67, which permitted a statewide ban on single-use plastic bags. California was the first state to outlaw plastic shopping bags, but many states have since followed suit.

New Jersey banned all single-use plastic bags in grocery stores earlier this year, and Philadelphia began outlawing them in April.

Late last month, Wegmans removed single-use plastic grocery bags from its 18 Pennsylvania stores, with plans to ditch the bags from all of its 108 locations by the end of the year.

“Completing our transition out of single-use plastic bags across the company is a big celebration as we continue to expand our sustainability efforts and focus on doing what’s right for the environment,” Jason Wadsworth, Wegmans category merchant for packaging, energy and sustainability, said in a statement. “We started on this journey in 2019 when we set out to eliminate plastic bags in our New York State stores ahead of the state plastic bag ban. A lot has happened over the last three years, but that early success in New York showed us the impact we could make and drove us to continue on our journey to be plastic bag-free by the end of 2022.”

The average grocery store goes through 176,000 plastic produce bags each month or 2.2 million per year, according to retail data cited by Dehmoubed. Replacing those bags with paper and other compostables will be costly, he said, which is why he said he’s seeing interest in his washable mesh bags that come in multiple sizes.

“We’ve been working with retailers for the last few years and traction has definitely picked up,” he said. “It’s starting in California, but we think it’s going to spread.”