Cheese stole the show at this year's Summer Fancy Food Show at the Jacob K. Javitz Center in New York.

Cheese makers and cheesemongers gathered on the convention floor, which held trendy items such as aged cheddar infused with an IPA as well as cheesy oddities such as a mint chocolate variety.

Among the cheeses that imparted buzz on the show floor was Schuman Cheese's new look for its Bella Rosa line geared toward those entertaining at home.

While Bella Rosa was available for limited distribution previously, it is now moving to a national scale. Traditionally, the brand has offered party trays and similar products, but it debuted a pair of snack format items at the show named Snacks to Go.

The snack varieties feature cheddar cheese, roasted nuts and dried cranberries and will be offered in 16-count display-ready cases with a suggested retail price of $1.33 per package. 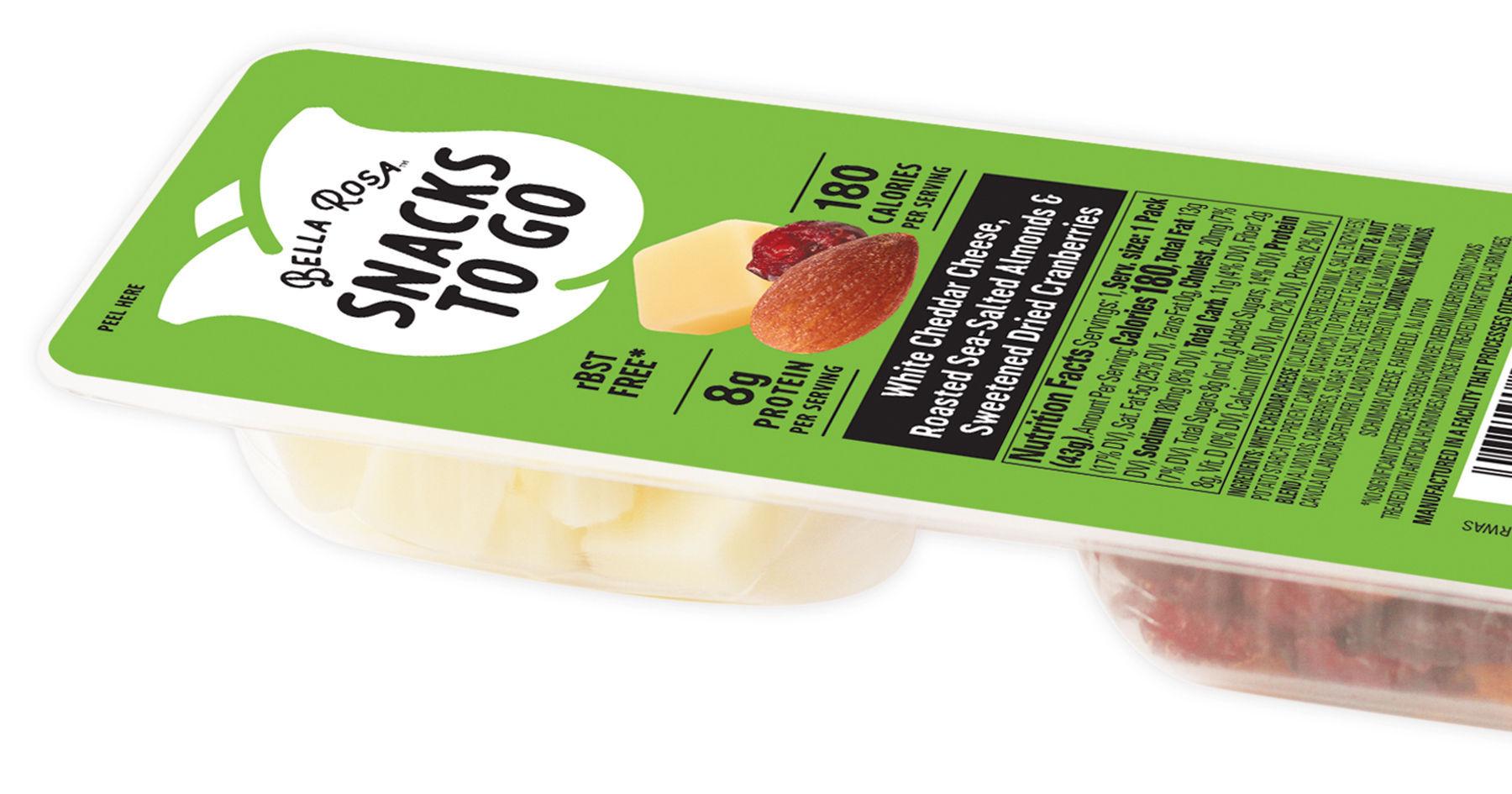 The new packaging displays a differentiating color palette to convey its premium position and easily identifiable callouts pointing out whether the cheese is shaved, shredded or grated.

The new packaging also reads that the cheese is “Good to Go. Real cheese ready for any dish so you can entertain with ease.”

This statement, according to Jim Low, EVP of sales and marketing, lets people know that "Bella Rosa has the quality they want, and that we help them enjoy the occasion they’re shopping for."

“They’ll spend less time prepping, and more time in the moment and present for life," he said.

Dairy Farmers of America to Buy Parts of Dean Foods

1-on-1 With SpartanNash's Lori Raya