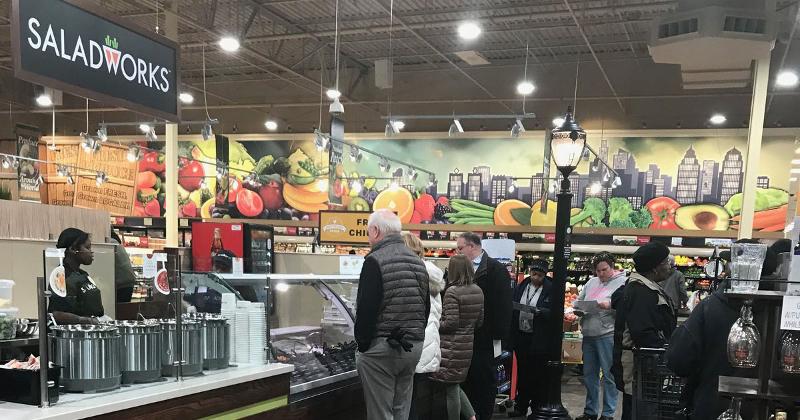 A pilot program of Saladworks operating within ShopRite locations has proven so successful that more Saladworks locations are on the way, including in a Philadelphia-area Fresh Grocer, along with more sites under development in Delaware, Maryland and New York. In total, six locations will be operating in the Philadelphia area by early 2020.

The pilot launched in a 250-square-foot unit within the produce department of a southwest Philadelphia ShopRite last year, owned by Brown's ShopRite, before expanding to another two Brown’s locations. Some of the new Saladworks locations will also be in Brown’s stores, which operate under the ShopRite and Fresh Grocer banners in the Delaware Valley.

“We have been absolutely thrilled by the results we’ve seen at the pilot location, and we’re confident that an expanded partnership with the ShopRite and Fresh Grocer brands will be hugely beneficial to both parties,” said Eric Lavinder, VP of development for the Conshohocken, Pa.-based Saladworks. “This partnership will greatly expand brand awareness for Saladworks and also expand our footprint in nontraditional settings.”

In addition to the locations in Brown's stores, more Saladworks locations are on tap in a number of other ShopRite locations and other major East Coast grocery chain stores.

ShopRite's salad stations are owned by Saladworks, which collaboratively conducts marketing and promotional activities with ShopRite, including to loyalty members and local businesses. This also includes payroll stuffers offering discounts to employees who show their work IDs. ShopRite also features signage on its windows and on exterior light poles, and it features Saladworks in its circular.