Dave Staples has resigned from his roles as president and CEO of SpartanNash Co. He will be replaced on an interim basis by his predecessor, Dennis Eidson, the distributor said.

The Grand Rapids, Mich.-based company at the same time announced it would exit its Fresh Kitchen business after encountering numerous struggles to get the money-losing prepared foods unit into shape.

Indianapolis-based Fresh Kitchen was acquired as part of SpartanNash’s $217.5 million acquisition of Caito Foods in 2017. SpartanNash said it would shift focus to the produce distribution and fresh-cut fruit operations that were also part of Caito. The Fresh Kitchen facility was to process, cook and package fresh protein-based foods and complete meals for sale to SpartanNash distribution customers and retail stores. The facility was under construction when acquired, and SpartanNash encountered numerous delays achieving efficient levels of production volume and sales from the unit, and had been working with an outside adviser on improving Fresh Kitchen profitability.

Staples has been with SpartanNash since 2000 and succeeded Eidson as president and CEO shortly before the Caito acquisition was finalized. Staples has also resigned from the company’s board of directors. 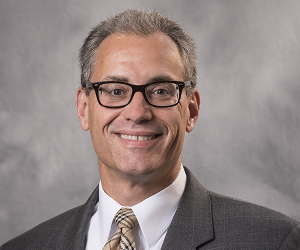 “The board remains confident in the company's strategic direction and its ability to generate top-line growth; however, execution has fallen short of our expectations and we believe that now is the time for a leadership change,” said Douglas Hacker, lead independent director of the board. “I want to thank Dennis for returning to the leadership position to guide the company’s efforts in revitalizing performance and maximizing long-term shareholder value.”

“On behalf of the board, I also want to thank Dave for his contributions to SpartanNash throughout his tenure," Hacker continued. "Since joining the company in 2000, Dave has presided over numerous successful business initiatives and has been instrumental in driving SpartanNash's growth. We wish him well in the future.”

Eidson was CEO of SpartanNash from 2008 to 2017. He was well thought of by financial analysts for driving growth at SpartanNash during his tenure as CEO despite difficult industry conditions, including acquiring larger rival Nash Finch.

“I am confident in the strength of our platform and look forward to working with our talented team to deliver improved performance,” said Eidson. “Our focus will be on enhancing our distribution business, driving operational execution and organizational development while positioning SpartanNash to achieve long-term profitable growth and improved value for shareholders.”

SpartanNash said the exit of Fresh Kitchen would result in a $20 million hit to annual net sales and that it would take a $14 million impairment charge to its second-quarter financial results related to the wind down.

As part of the announcement, SpartanNash provided preliminary second-quarter financial highlights and adjusted guidance for the fiscal year.

For the quarter, which ended July 13, SpartanNash expects to record a loss from continuing operations of $6.8 million. The company maintained annual net sales guidance in the mid-single digits but cut the high range of its expected adjusted earnings per share (EPS) from continuing operations, and said its expected range of reported EPS would be in the range of 21 cents to 47 center per share, down from a previous expectation of 70 cents to $1.04.