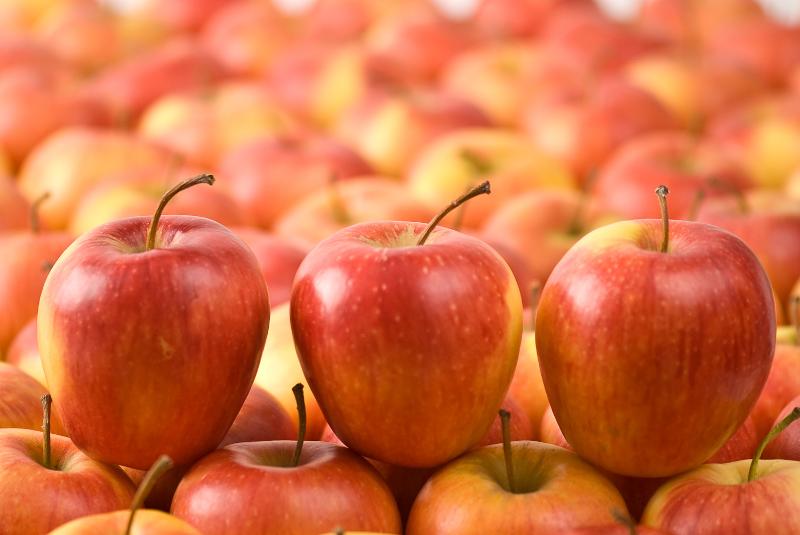 The New Year marks the return of Stemilt’s signature apple variety, Piñata, to supermarkets nationwide. Not only is Piñata back on produce shelves, but the apple is also popping up on the menu at two Seattle restaurants and a Northwest-inspired food market thanks to a new partnership with chef Ericka Burke.

Burke is the visionary behind Seattle’s Volunteer Park Cafe and Canal Market, and the brand-new Chop Shop Cafe & Bar. She first learned of Piñata apples after catering Stemilt’s “Meet the Grower” dinner for food bloggers in Seattle. The apple’s unique sweet, tart, and tropical flavor and culinary traits made it an instant favorite of Burke, company officials say.

“I enjoy cooking with Piñata apples, not only for the intense sweet and tart flavors, but also because they are grown by dedicated family farmers right here in the Northwest. I’m delighted to partner with Stemilt and showcase Piñata apple on the menu at my restaurants,” Burke says.

“Piñata is among the best snacking apples around, and also a proven performer in the kitchen. We’re excited to partner with such a talented and well-known chef like Ericka Burke to bring Piñata apples to Seattle foodies in new ways this season,” says Stemilt marketing director Roger Pepperl.

Stemilt’s signature apple variety is a cross between Golden Delicious and two heirloom varieties, Cox’s Orange Pippin and Duchess of Oldenburg. Piñata apples first hit the U.S. and Canadian markets back in 2009. Since then, Piñata has gained notoriety as one of the best new apple varieties available, company officials say, with a loyal consumer following that continues to grow each year. Retail scan data from Nielsen Perishables Group reported a 44.9 percent increase in sales of Piñata apples during the 2014-15 crop year. That figure included all package types and both organic and conventional fruit.

Piñata apples appear in stores as early as November, but the New Year marks the official start of the season for Piñata as it becomes available nationally. Stemilt markets Piñata in a high-graphic tropical themed box designed to help warm up produce departments each winter, and call out the apple’s sweet-tart and tropical flavor profile.

“It’s a great time of year to feature Piñata apples in produce departments, and the quality of this year’s crop is second-to-none,” says Pepperl.  “Piñata is ideal for health promotions in the New Year, and can always be featured for its culinary qualities or unique tropical flavor. Making Piñata apples a destination in your produce department is a must in these late winter months,” says Pepperl.