Stop & Shop has teamed up with the Wilkinson Baking Co. to install Wilkinson’s Mini Bakery, also known as “The Breadbot,” at a store in Milford, Mass.

The Mini Bakery mixes, forms, proofs, bakes and cools 10 loaves of artisan bread per hour. The breads come in a variety of flavors, such as white, wheat, whole wheat, nine grain, sourdough and honey oat, although availability will vary based on demand. The bread is made and sold the same day, so there is no need for the artificial preservatives commonly found in on-shelf bread.

Stop & Shop is the only grocer on the East Coast with the Mini Bakery. Walla Walla, Wash.-based Wilkinson debuted the kiosk at an Andy’s Market store in College Place, Wash., two years ago.

“We know that our customers want fresh, tasty and healthy food that’s good for them and for their families,” said Michael Vachon, category manager for Stop & Shop, Quincy, Mass. “With The Mini Bakery, shoppers can see exactly what goes into their bread and feel confident that it’s made with wholesome ingredients.” 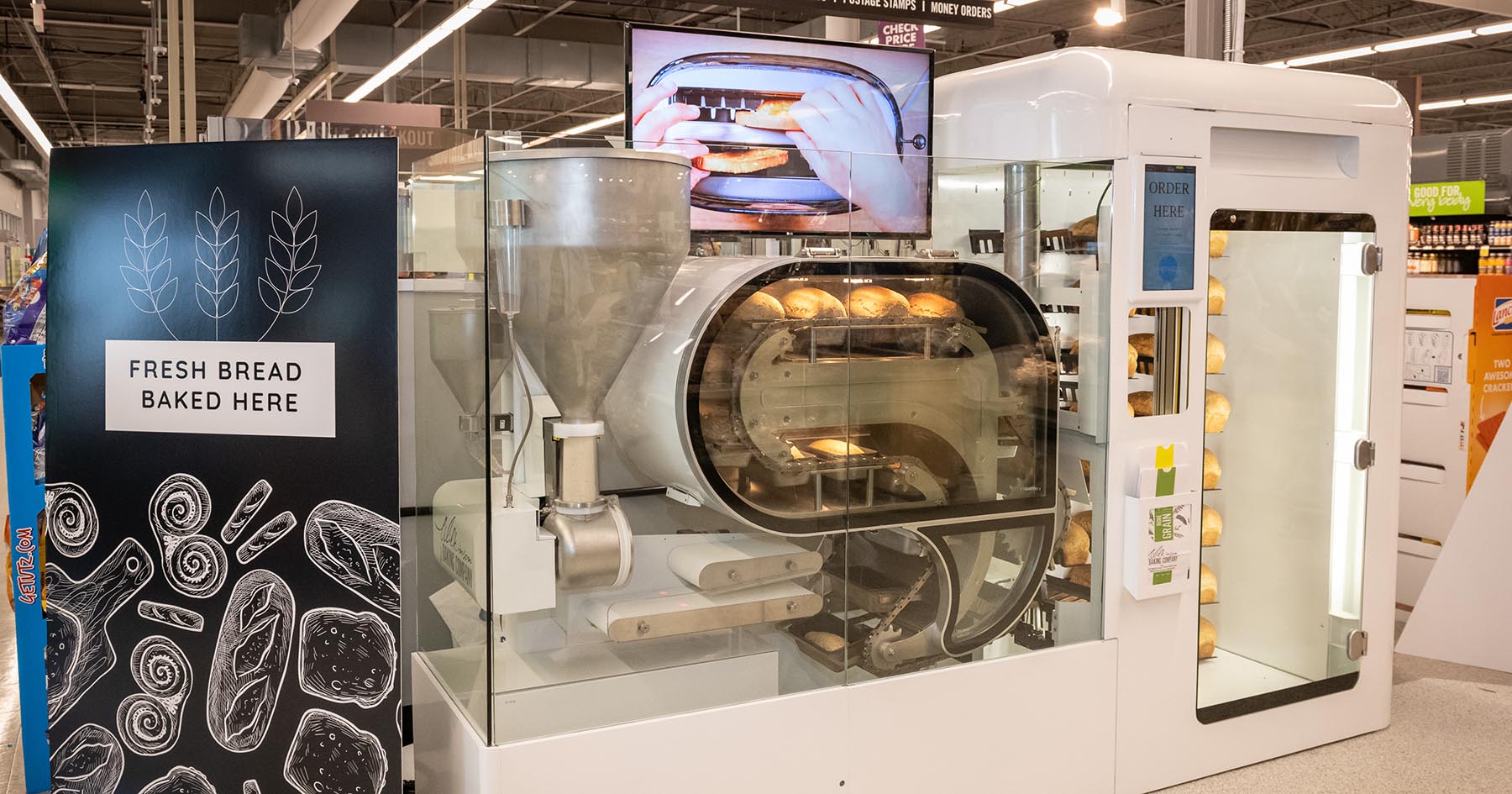 Stop & Shop officials view the autonomous baker as a customer-experience investment, which has has no effect on the existing store’s bakery department or its employees. “It’s an added in-store feature we are testing out,” a spokeswoman told WGB. Stop & Shop recently added a fleet of robots to its stores, popularly known as Marty, which seek spills and other hazards on floors.

The Mini Bakery, however, has efficiency benefits as well.

“Making the bread locally, right in the store with The Mini Bakery, has a very positive environmental effect,” Randall Wilkinson, CEO of Wilkinson Baking Co., said in a statement. “The fleets of delivery trucks and the fuel they use are reduced, since only dry ingredients need to be shipped. And because The Mini Bakery keeps track of its production, it’s able to predict how much bread it should bake in order to meet demand. Everything it bakes sells within hours. Nothing goes to waste.”

Each loaf of bread produced by the machine retails for $3.99. Following this pilot, Stop & Shop plans to install additional Mini Bakery machines at other stores across the region.