Boasting 21,000 attendees from 60 countries, the Produce Marketing Association’s (PMA) recently wrapped 2018 Fresh Summit Convention & Expo in Orlando, Fla., made good on its standing as one of the retail food industry’s most significant trade confabs of the year.

The three-day event began Oct. 18 with education and insights, followed by the expo Oct. 19-20, which hosted more than 1,200 exhibitors and an estimated 3,200 buyers, according to PMA.

WGB editors combed the Fresh Summit aisles in search of the hottest industry trends and determined our Top 12 list as follows: 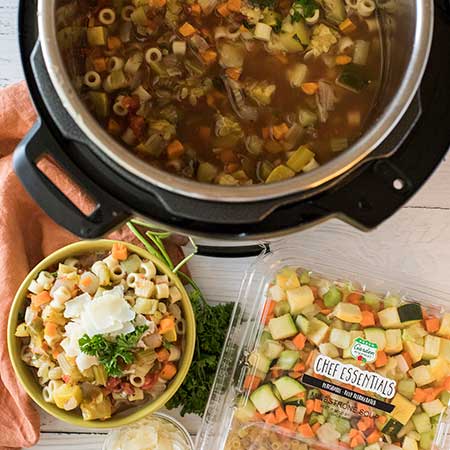 From Renaissance Food Group’s new soup, stew and pot roast kits to Mann’s new Nourish Bowls for breakfast, consumers will have no shortage of delicious and easy ways to get more vegetables in their diets. Consumers can add their own desired proteins to these offerings.

The Mushroom Council has continued to promote mushrooms through its popular The Blend program, and now consumers can find more ways to nosh on healthful fungi, such as Giorgio’s Portabella Jerky or Shrooms Snacks' Crispy Mushroom Snack with “mind-blowing flavor.” 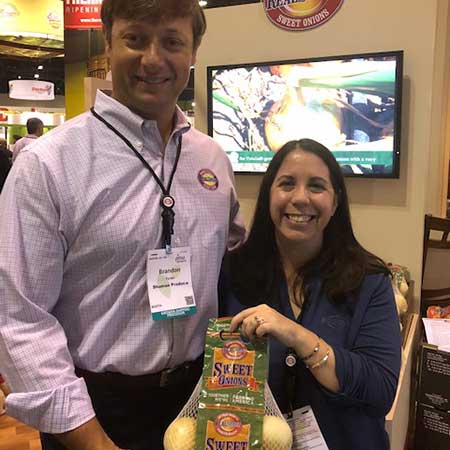 As PMA CEO Cathy Burns identified in her State of the Industry address, sustainability and how companies treat people, consumers and the planet matters. From Produce for Kids and Shuman Produce to The Wonderful
Co. and Rainier Fruit, there is no shortage of produce companies striving for a better world.

Gotham Greens was among the numerous exhibitors offering elevated vegan options. Its sought-after Vegan Pesto is fresh, flavorful and convenient. 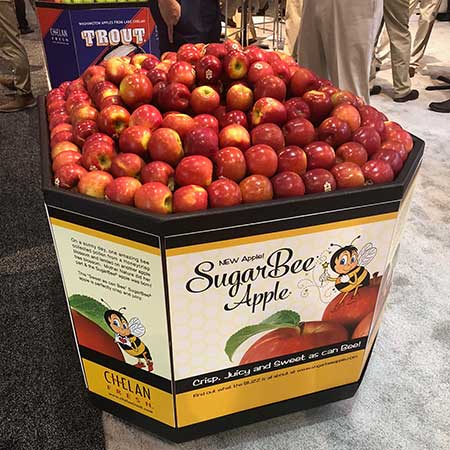 Consumers will find myriad ways to enjoy an apple a day, from whole fruit such as Sugar Bee Apples from Chelan Fresh to an array of fresh, variety-specific apple juice and cider, including Stemilt’s It’s Red apple juice made from the RedWave apple variety. 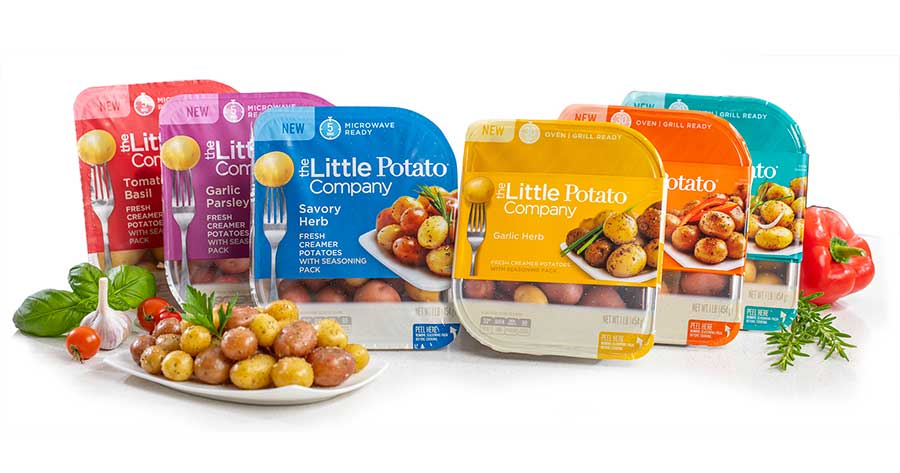 Consumers are gravitating to tinier taters for their flavor, texture and preparation time. The Little Potato Co. featured new packaging and flavors (tomato basil and roasted red pepper and onion) for its Microwave Ready and Oven/Grill Ready Kits.

As consumers continue to look for ways to slash carbs from their diets, innovative produce suppliers are introducing new veggie noodles, rice and more. For example, Cece’s Veggie Co.’s new line of shells and cheese made from organic butternut squash and more.

Shoppers are sure to be overjoyed by the array of new coveted and colorful rainbow produce in the marketplace. Grimmway Farms featured a feast of rainbow-colored produce from potatoes to radishes. 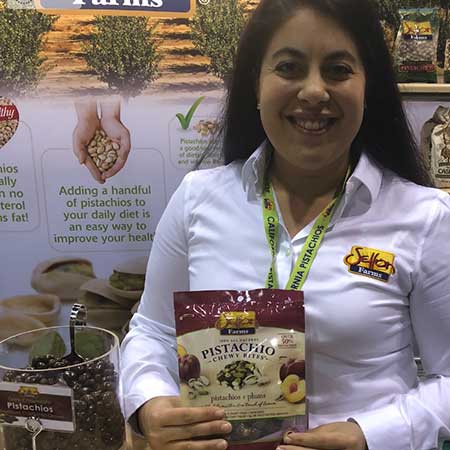 As Americans increasingly look for healthier snacking solutions, the produce industry is there to help with delicious and nutritious options from Snack It Forward, Setton Farms and others.

As Burns noted in her presentation, social media is increasingly the story of how brand meets consumer, with 76% of U.S. consumers having purchased a product they discovered in a brand’s social media post. Everyone from the California Avocado Commission to New York Apples are stepping up their social media outreach.

12. Brands Worth Identifying With

Brands are driving growth in fresh produce with companies such as Dole, which recently unveiled a new look; The Wonderful Co., with its kid-friendly Halos; and sweet Vidalia Onions, which is making a name for themselves in fresh produce.