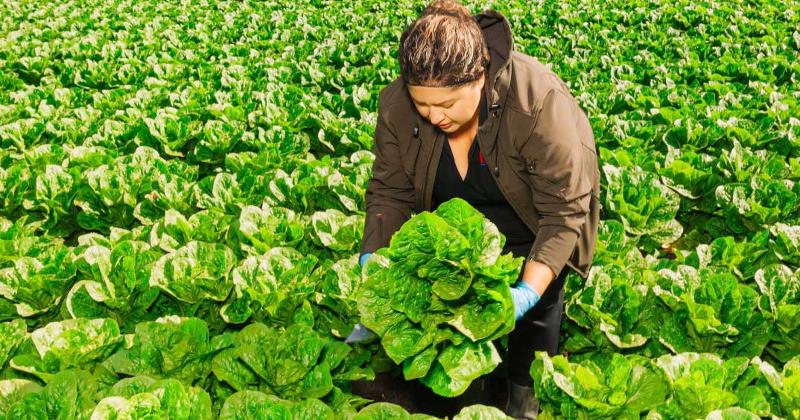 In the wake of the romaine E. coli outbreak earlier this year, Walmart is upping its traceability standards for suppliers of fresh, leafy greens through its new blockchain-enabled Walmart Food Traceability Initiative.

After an 18-month pilot program in collaboration with IBM, the company is requiring its suppliers of leafy green vegetables to input digital, end-to-end traceability event information into the blockchain database IBM Food Trust network by this time next year.

By using blockchain, the initiative aims to reduce the amount of time it takes to track a food item from a store back to the source in a matter of seconds, rather than days or sometimes weeks. Walmart has championed blockchain because it allows for digitized sharing of data in a secure and trusted way.

Walmart and Sam’s Club sent letters to suppliers on Sept. 24 announcing the change, which will be enforced in two phases. Direct suppliers will be required to conform to one-step back traceability on the blockchain network by Jan. 31, 2019, and end-to-end traceability back to the farm by Sept. 30, 2019.

“Customers trust us to help them put quality food on their tables for themselves and their families,” Charles Redfield, EVP of food for Walmart U.S., said in a statement. “We have to go further than offering great food at an everyday low price. Our customers need to know they can trust us to help ensure that food is safe. These new requirements will help us do just that.”

The Walmart Food Traceability Initiative is not the retailer’s first effort to track the safety and freshness of produce. Earlier this year, Walmart debuted its Eden technology, designed to improve the quality and flow of fresh food from farm to shelf. The technology utilizes a digital library of food standards set by the United States Department of Agriculture via a suite of apps that allow associates to monitor and care for fresh produce that is waiting to be shipped from distribution centers.

In its letter to suppliers, Walmart referenced the outbreak of E. coli linked to romaine lettuce earlier this year as a reason for launching. The outbreak resulted in 210 confirmed cases, 96 hospitalizations and five deaths, according to the retailer, and although the Food and Drug Administration and Centers for Disease Control and Prevention (CDC) were able to report that the illness came from the Yuma growing region, the industry was unable to quickly determine which lots were affected.

“It was difficult for consumers to know how to determine where their lettuce was grown,” Frank Yiannas, VP of food safety for Walmart, said in a statement. “None of the bags of salad had ‘Yuma, Ariz.,’ on them. In the future, using the technology we’re requiring, a customer could potentially scan a bag of salad and know with certainty where it came from.”

By using blockchain technology, Walmart said it plans to speed up identifying, researching and reacting to food safety situations, bringing open and transparent information to the food industry.

“Enhanced ability to trace a contaminated food back to its source will help government agencies and companies to identify the source of a foodborne disease outbreak, coordinate more effective recalls of foods thought to be contaminated, and learn where past problems began,” said Robert Tauxe, director of CDC’s Division of Foodborne, Waterborne and Environmental Diseases. “We think these steps will strengthen future prevention efforts and better protect the public’s health from the threat of foodborne illness.”