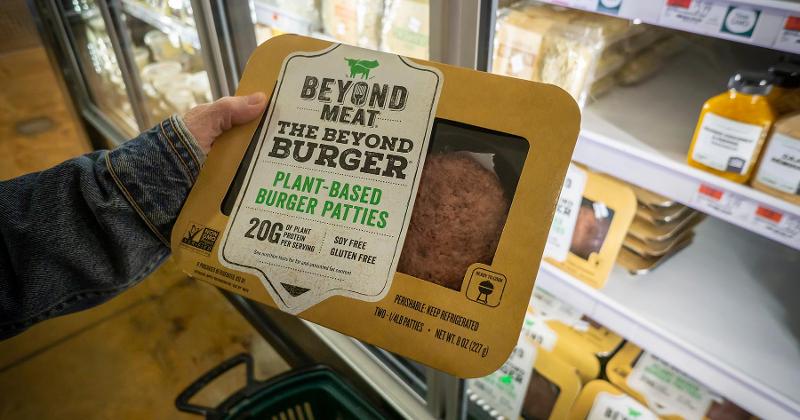 This is part three of a series of guest commentaries by Specialty Food Association President Phil Kafarakis, whose previous two articles in this series can be found here and here. In this installment, Kafarakis discusses the policy environment for these new food categories and whether their customer base will remain loyal in the face of special interest pressure.

It doesn’t seem that long ago since we’d gone around this block. When is milk not milk? And what do you call it if it doesn’t come from a cow, goat or other mammal? An innovator comes in, steals market share, and the incumbents defend their territory by claiming that the upstarts are creating confusion in the marketplace. We’ve seen other industries similarly disrupted by upstarts. Fintech has come up with some very inventive, user-friendly ways of stealing market share from banks, asset managers and pension providers. And getting back to food, this war is waged by the meat industry against plant-based “meat” upstarts.

Again, Beyond Meat illustrates the situation perfectly. It has disrupted the beef industry all the way to the meat case at the grocery store. We’ve seen that consumer-driven strength—the clear mission—and how it contrasts to the bottom line-driven approach of "Big Food" companies. But as an innovator in the new food category of plant-based meats, Beyond Meat now faces potential regulatory challenges, as well as pushback from incumbents in the space. One source of resistance that could have a profound effect on Beyond Meat has started to emerge from the policy and regulatory environment. Here we will look at how both consumers and traditional special interest groups could throw a wrench into the works of Beyond Meat’s growing success story.

The actual regulatory pressure on plant-based meats is twofold: definitions and labeling are both under scrutiny. Before fall 2019, no one had yet brought up the very real issue of meatless meat’s official definition, but this has recently changed. After an October round in the House, the Real Meat Act was brought to the Senate in December by Deb Fischer, a Republican from Nebraska. She’s a member of the senate agricultural committee, with a family legacy in the cattle ranching industry. Her goal, summarized by her maxim Marketing Edible Artifacts Truthfully (MEAT), is to differentiate beef as the only true meat.

Along with the National Cattlemen’s Beef Association, Fischer wants the nation to understand that all else apart from beef is artificial meat, and is pushing to oblige Beyond Meat and other makers of so-called meatless meats to use the term “imitation” in its packaging. Taking a cue from the dairy industry’s failure to lock up the word “milk” for its exclusive use in labeling, the beef industry has been starting early and hitting hard in protecting the term “meat.” In support of this definitional legislation, the Cattlemen’s Association ran an ad campaign called "Beef. It's What's for Dinner," which attracted the attention of a certain segment of consumers. Part of this campaign featured results of a study showing, in their words, “widespread consumer confusion regarding the ingredient composition and purported benefits of plant-based fake meat products.” The confusion was largely around the surveyed consumers’ belief that meatless meat products contained “at least some real beef.” But surveys, let’s face it, are carefully designed to prove the point that the sponsor wishes to underscore, and maybe should be taken with a pinch of salt.

The business implications for Beyond Meat and others in this emerging category of meatless meats, should this definition change become law, are severe. If Beyond Meat were forced to use the word “imitation” on its packaging, it could take its share price down. Beyond Meat is now a publicly traded company and a definitional change could not only hit the stock hard but actually change where you find its product in the supermarket.

In the analyst community, if this change becomes law, their position on the company might have to be redefined, which would affect how Wall Street views them and subsequently impact the stock price and the company’s ability to raise money in the public markets. The is a strain between the company’s mission and financial analysts, and it will inevitably put a strain on the company. To be sure, Beyond Meats doesn’t want to have to include terms like “meat substitute’” or “imitation” on its packaging. Its true disruption is that this plant-based product is sold in the meat case; they want it to remain there. If “imitation” suddenly appears on the label, grocery stores could move the product out of the meat case because of the definition change.

A second regulatory challenge, having to do with the ingredient labels of these products, also holds very real consumer concern. With the Cattlemen’s Association’s consumer survey as a starting point, there has been an attack on the labels of some meatless meats: the implication being that they’re not as healthy as they claim to be. In an environment where—whether you’re talking cosmetics or processed foods or drinks—the less ingredients, the better, having 18 ingredients listed on Beyond Meat’s products versus “meat” on a meat package may legitimately give some consumers pause for thought. And then there’s the sodium: The National Cattlemen’s Beef Association’s survey holds that there is between 220% and 620% as much sodium in the leading plant-based meat products as there is in a similar size serving of ground beef.

These issues are bound to find their way into the government policy debate, as well as to the legal enforcement of proper labeling at the level of Beyond Meat’s production plants.

Beyond Meat’s defense and its strength surely lies in the customer loyalty it has accumulated by living its mission, and the resonance that has for so many. For Beyond Meat, remaining in the fresh meat case isn’t the end game; as with many of these new products, its biggest selling point is that they take a more sustainable approach to climate change and the planet. For example, this study shows that beef production, in particular, is far and away the biggest producer of greenhouse gas emissions of any food source. The beef cycle creates 60 kilograms of toxic gases per kilogram of product. Compare this with peas, which emit just 1 kilogram per kilogram of end product.

For several years now, consumers have held the reigns of the food industry, demanding more personalized and healthy products. Beyond Meat is one outcome of this trend, along with many other small startups. But regulation strictures could change the balance for both Beyond Meat and its customers.

This may be an area where consumers will once again be heard—whether it is to demand product changes from Beyond Meat or to refuse to let the government tell them what to do. In my view, consumers can often be the best judges of what they should and shouldn’t eat.

Phil Kafarakis is president of the Specialty Food Association. Reach him on pkafarakis@specialtyfood.com and follow him at @PresidentSFA.