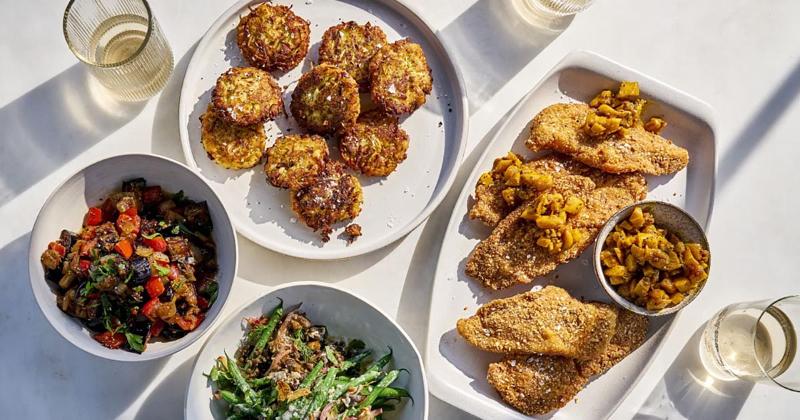 Whole Foods Market is teaming up with Michael Solomonov, a James Beard Award–winning chef and co-owner of the famed Zahav restaurant in Philadelphia, to offer a modern Hanukkah dinner for eight. The meal will be exclusively available for preorder online via shop.wfm.com from Dec. 3 to Dec. 29.

Solomonov co-created the Hanukkah Dinner for 8 with Whole Foods Market’s culinary team. The retailer said it would provide a gourmet menu combining hearty winter vegetables with bold Israeli flavors, with each dish offering a unique take on traditions for an unforgettable meal.

The recipes featured in the meal will also be available on Whole Foods' in-store hot bars nationwide from Dec. 18-24.

The Hanukkah Dinner for 8 includes:

Twice-Cooked Eggplant: First charred for deep flavors, the eggplant is then mashed and simmered with onions, red bell pepper, paprika and coriander. It is brightened with sherry vinegar and lemon juice.

One of four culinary professionals to team with Austin, Texas-based Whole Foods Market for the holiday season, Solomonov is a recipient of the James Beard Foundation’s triple crown for outstanding chef, cookbook of the year for “Zahav: A World of Israeli Cooking” and most recently, outstanding restaurant.

The grocer is also offering exclusive meals and desserts created in collaboration with Jenne Claiborne, Nicole Rucker and Stella Parks.