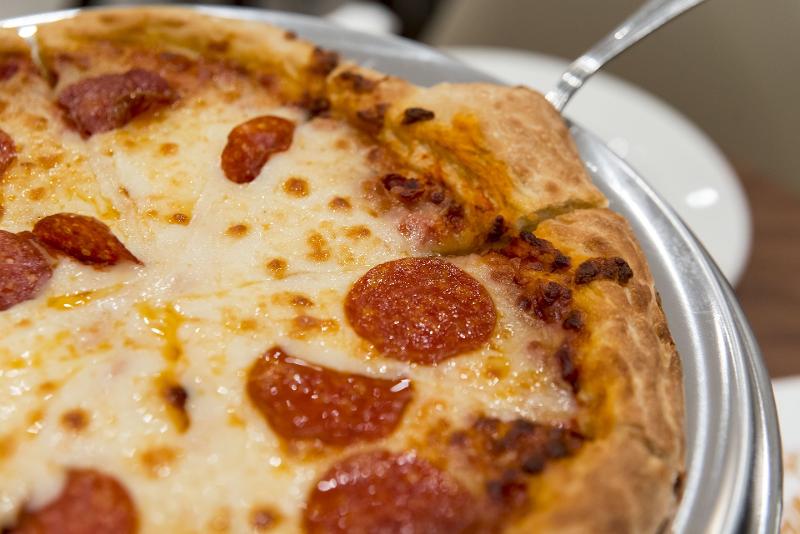 Pepperoni is not the only thing Americans like to put on their pies. The top 10 pizza toppings, according to the poll, were:

According to the poll, generation appears to play a factor in preferred crust style: Millennials don't just want toppings on their pizza; they want it in their pizza. Stuffed crust is the No. 1 pick for this group, while all other generations default to thin crust as their top choice. Six percent say they really have no preference when it comes to crust type. Meanwhile a two percent of adults may be missing out on all the goodness as they say they don't eat pizza at all.

New York and Illinois top the list of states with the best pizza, with California landing in the No. 3 spot. The rankings change when looking across the regions:

Among those who drink alcohol at least a few times a year, a majority say their preferred adult beverage to wash down a slice is a nice, cold beer (54 percent). More specifically, non-craft domestic beer is No. 1 (29 percent), followed closely by craft beer (24 percent) and import beer (23 percent).

And while beer may be the No. 1 choice across each region, Westerners are more likely to turn to wine compared to any other region (30 percent versus 16 percent in the South, 15 percent in the Midwest and 18 percent in the East).