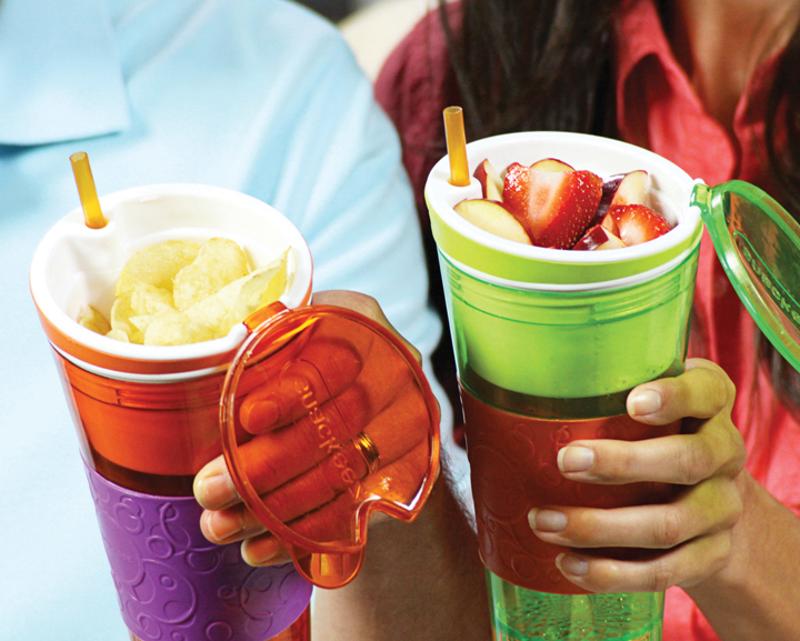 To make a house a home, most people fill it with products that are personal and special. They also need products that necessitate day-to-day living.

Consumers are willing to buy such housewares products in the supermarket—it is usually just a matter of where and how they are displayed that determines whether or not interest is sparked.

“Supermarkets have proven that they are well-positioned to compete in the housewares world, but there are a few considerations unique to them,” says Perry Reynolds, vice president of global trade development for the Rosemont, Ill.-based International Housewares Association (IHA). “For retailers that make a significant commitment to home products, stand-alone destinations of up to 240 feet have produced positive results and excellent margins.”

Dedicating substantial space to the category and making it stand out has proven to pay-off, say industry observers. As far as what types of products are in demand, most say that the range is spread across a wide variety of categories. Michael Silverman, senior vice president of marketing for Butler Products, based in Hudson, Mass., says that he has seen many different categories of housewares work well in grocery. He says retailers simply must get behind their selection and support this section as it would any of its more traditional food aisles.

“If housewares are just thrown into the aisle with other stuff, consumers will walk right past,” Silverman says. “The retailers that look at it as a true product category seem to perform much better. Give it space, give it assortment, give it merchandising, and consumers respond by buying.”

For those retailers not willing to make that large of a space commitment—and even those who are—observers agree that cross merchandising is the best way to draw additional attention to housewares items. They add that housewares items can be merchandised with those of almost every other section in the store. Ideally, the section serves to complement the breadth of offerings displayed on the rest of the store floor.

For example, officials from Big Time Products say retailers that merchandise the Big Time’s various types of gloves near the appropriate application—garden, cleaning or outdoor—will see an increase in sales. “This cross merchandising vehicle can be as simple as a clipstrip or a dynamic eye-catching slant back display,” says Michele Rikard, director of marketing for the Rome, Ga.-based company. “Strategic, seasonal and promotional opportunities are also valuable tools for increasing sales.”

Ron Boger, president and COO of IdeaVillage Products Corp., based in Wayne, N.J., also suggests cross merchandising as a sales strategy to the grocery retailers he works with. For many of IdeaVillage’s products, he suggests placement near their food-related categories to capitalize on impulse purchases. He adds that seasonal implementation of this strategy is key to its success.

Reynolds says that the customers in grocery that are shopping for housewares are likely looking for items that help them prepare their meals, entertain their friends, clean their homes and organize their lives.

“A tidy home continues as a top priority for many families,” says Reynolds. “Closet and home storage products are one of the more innovative segments, and cleaning technology continues to help housewares suppliers bring effective tools to market.”

Catering to the popular cleaning category in grocery, Big Time Products’ 2016 initiatives include the launch of the reusable Latex Premium Fit glove; a refresh to the reusable Premium Defense in teal; and offering larger value-based buy packs of traditional reusable latex gloves.

Rikard says that “smart” features, convenience and health-conscious concerns are trending across retail in general. The housewares category is no exception, she adds. Such “smart” features incorporated into the company’s mix include Ultra-Fresh technology in its Soft Scrub gloves, an anti-microbial coating to help keep the gloves cleaner. Additionally, the Soft Scrub Bathroom & Kitchen Two-Pack is now color coded—yellow for the kitchen, blue for the bathroom—so the consumer can avoid cross contamination throughout the house as a health precaution.

Even items such as cleaning products that are necessity-based sometimes still present a merchandising challenge to the retailer. “Selling housewares in a supermarket environment can be challenging,” says Boger. “The consumer’s entire purchase intent when going grocery shopping is food. A housewares purchase will be made for absolute necessity or on impulse due to heavily advertised new products.”

Value-based items are another way to lure grocery shoppers down the housewares aisle, observers say, as are unique product features that are not found in other like products. For 2016/2017, Whink Products Co. has developed a stronger version of its Whink Lime & Rust Stain Remover, designed to dissolve hard water problems and remove rust stains, as well as eliminate soap scum and calcium build up.

Of course, the right product may mean different things to different shoppers—and consumers are always looking for selection in grocery, the housewares aisle notwithstanding. The right selection is important to consider when battling with grocery’s increasing competition from nontraditional retailers, more and more of which are adding grocery items to their own assortments. That may mean an expanded selection of both brands and products to keep the housewares shopper loyal to the grocery channel.

Steve Yde, director of marketing for Sterling, Ill.-based Wahl Clipper Corp., says that consumers are looking for housewares items that will make their lives simpler or more fulfilling. As far as the clippers category goes within housewares, Yde says that grocery is a strong area of growth. This includes premium products, whereas in the past, he says, grocery only carried low- to mid-end, or in some cases, no grooming products.

“We like to call clippers a planned impulse,” says Yde. “What that means is the consumer plans to purchase a clipper to replace an old one, or they decide to start cutting their own hair so they put it in the back of their minds until they see one at retail in the next several months. Because consumers spend more time in a grocery store than other retail channels, it benefits from that planned impulse purchase because once they see it, it triggers that purchase.”

Price also remains an important factor for consumers shopping the housewares section. It has to be the right price for the product, Silverman says. Observers add that grocers must be conscious of the price of similar housewares items in competing retail operations in order to stay relevant in capturing this piece of the market. Generally speaking, housewares is a category with strong profit margins and potential for continued growth.

“Grocers are drawn by the profitability, the ability to generate add-on sales and the chance to get a piece of the business they had left for others in the past,” says Reynolds. “With the obvious benefit of steady consumer traffic, they have turned those customer visits into a growth opportunity while better meeting their customers’ need.”

Grocery shoppers make trips to their preferred location more frequently than to other types of retailers. Though in many cases an increased number of visits is advantageous for grocers, in the housewares category, it does present some obstacles. Updating the store’s housewares aisle with a fresh selection and seasonal offerings takes on an even greater importance in the channel, say industry observers, to draw shoppers down the aisle at each visit.

“One of the disadvantages of having a frequent shopper is that assortments can go stale more quickly than in less well-traveled retailers,” says Perry Reynolds, vice president of global trade development for the International Housewares Association, based in Rosemont, Ill.

A variety of product offerings is key to enticing consumers to check out the housewares aisle in grocery. Housewares manufacturers understand this edict and are working hard to fulfill their own roles by adding new products into the mix yearly—and some even more frequently so. Take a look at a few of the latest product line introductions by some of the top companies in the business:

​Snackeez, the two-in-one beverage and snack duo cup, was launched in 2013. However this year, the Wayne, N.J.-based company is revitalizing the line with new licenses with popular kids’ films Finding Dory and The Secret Life of Pets.

With a small, ergonomic form, yet a lot of power, officials from Wahl Clipper Corp. expect much consumer interest to come from its latest product. “The overall trend of DIY remains a steadfast trend,” says Steve Yde, director of marketing for the Sterling, Ill.-based company. Featuring new guide combs to offer a smooth, easy haircut, the product is expected to ship this year before the holiday season.

“These new items combine the best of hydration, snacking and hot licenses—which make them highly impulsive,” says Ron Boger, COO and president of IdeaVillage. “They just need to be merchandised in a high traffic location.”

As one of its 2016/2017 new product launches, Whink added to its GameStain Remover line with an updated formula targeted at human related odors. “We are offering a detergent that outperforms the big guys on critical human related odors called thials,” says Steve Throssel, CEO of Whink Products Co., based in Eldora, Iowa. “These thials are oil based and almost impossible to get rid of, but we found a way to get the job done. ” This laundry stain remover, designed to remove dirt and blood stains from hunting, is unscented.