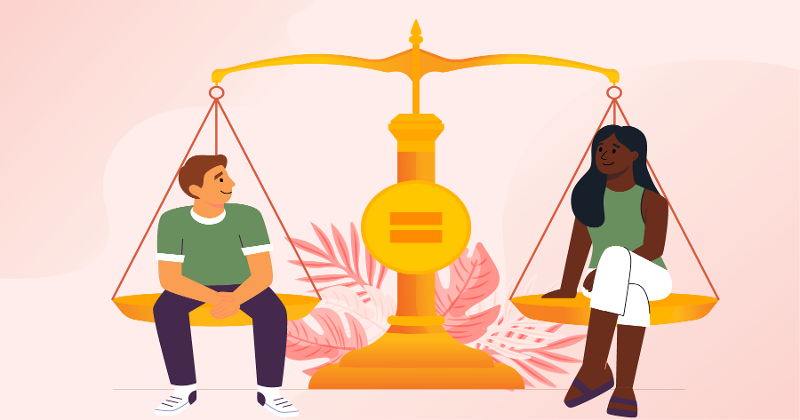 “Did you know that it will take more than 200 years to reach gender equality?” asks Gender Fair. The New York-based company is on a mission to simplify the acceleration of equality for consumers and businesses. Through its 100-point scoring system of publicly traded companies accessible on its app and chrome extension (companies must score at least a 70 to achieve Gender Fair rating), it provides both an at-a-glance decision-making tool for consumers at the point-of-sale and a benchmarking and goal-tracking tool for companies on their progress toward gender equity and diversity.

Think of Gender Fair as Fair Trade Certified for gender and diversity, says Gender Fair CEO Johanna “Jose” Zeilstra, whose goal is for 70% of consumers to recognize the Gender Fair mark by 2030. “People are looking for brands that treat their employees fairly and are aligned with their values. We want to drive that transparency.”

Based on the UN Women’s Empowerment Principles, Gender Fair independently assesses companies on a host of metrics to determine their rating—from paid maternity and paternity leave to number of women, including women of color, on the board to supplier diversity and tackling gender stereotypes in advertising campaigns. Shoppers who have downloaded the Gender Fair app can look up the score of more than 2,500 consumer brands, simply by scanning the logo.

“Gender fairness is doable and it’s a building block toward gender equality,” Zeilstra says. But companies aren’t meant to stop evolving when they achieve a score of 70, she continues. “The standard has to keep being raised. We’re not done for a long time,” says the CEO, who points to Gender Fair-certified P&G, which recently improved its score from 95 to 98, as a result of doubling its paid paternity leave.

In grocery, Gender Fair says P&G, General Mills and Unilever are some of the companies leading the pack for gender fairness on the CPG side. While Walmart stands out in retail. Part of what distinguishes these companies, says Zeilstra, is action. “There are many companies who pledge to do better. At Gender Fair, we reward results,” she says.