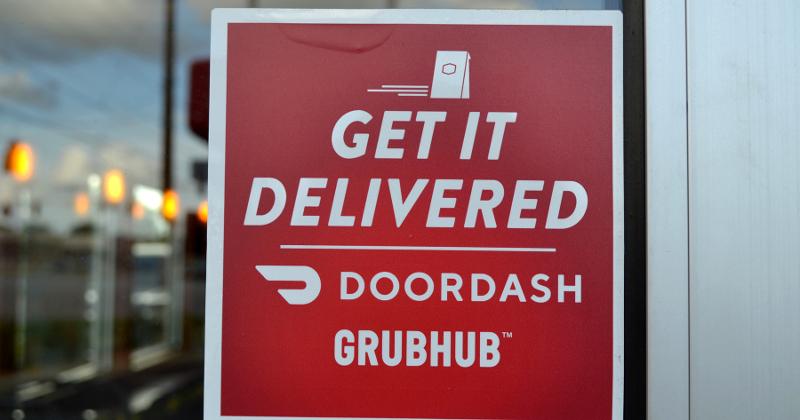 Could Grubhub become Amazon's next Whole Foods? One investor in Just Eat Takeaway (JET), the Dutch multinational that acquired Grubhub in June, is suggesting just that idea.

Cat Rock Capital, which holds about 6.5% of outstanding shares of Amsterdam-based JET, sent a letter to JET's management board Monday urging the company to sell or spin off Grubhub.

JET, founded as Just Eat in 2000, currently offers restaurant delivery from more than 580,000 restaurants in 25 countries, according to its website. The company trades on Euronext Amsterdam, the London Stock Exchange and the Nasdaq and has seen share prices fall by more than a third on each of those indexes from year-to-date highs in January, with significant dips occurring in September. Shareholders of Chicago-based Grubhub, founded in 2004, voted overwhelmingly to approve the business's sale to JET in June.

The Grubhub deal, Cat Rock asserted, "diluted JET’s collection of No. 1 market positions, slowed its growth rate, reduced its focus on its European core, distracted management [and] jeopardized its financial flexibility" in addition to making investors question the company's management. "The case for a Grubhub sale or spin-off is obvious and urgent," Captain wrote.

Who could or should buy, should Grubhub wind up on the market? According to Cat Rock, a big grocery-delivery player like Amazon, Walmart or Instacart would be an obvious choice. Both DoorDash and Uber Eats entered the grocery-delivery market in 2020 and have continued to expand their partnerships with grocery specialists such as Albertsons. Uber Eats global head of grocery and new verticals Raj Beri in July said that the grocery business had seen incredible growth in the past year and that nearly 3 million consumers order groceries each month through Uber.

Cat Rock Capital's Captain called a Grubhub acquisition "the only credible path for U.S. online grocery businesses such as Amazon, Walmart and Instacart to match the converged online food and online grocery offerings of DoorDash and Uber Eats." A partial or complete sale of Grubhub to Amazon, which acquired Whole Foods Market in 2017 for $13.7 billion, for example, "would significantly improve the consumer proposition for both companies" and give Grubhub the resources needed to more-effectively compete with its San Francisco-based rivals, Captain asserted.

The restaurant-delivery game wouldn't be new for Amazon, which launched its play, Amazon Restaurants, in 2015—and then shut down the service in 2019. But given that Amazon and Walmart remain locked in a war to be consumers' go-to for whatever they want, whenever they want it—with both retail behemoths announcing new prescription-savings programs and expanded, telemedicine-focused health-care offerings in the past year—could restaurant delivery now be a feasible, desirable next battleground?

With respect to Grubhub, the question could be moot at the moment: JET responded to Cat Rock's letter with a "thanks but no thanks."

"The Company has a clear improvement plan to refocus Grubhub on key strongholds [and] expand new verticals and is excited by Grubhub’s potential," Just Eat Takeaway management wrote. Over time, JET said, the company sees that Grubhub "will be a participant in the consolidation of the wider U.S. market as various players combine to optimize last mile delivery." But that time isn't right now, according to JET. "Management believes that it has set out the right strategy for both Grubhub and the company as a whole," the company concluded.