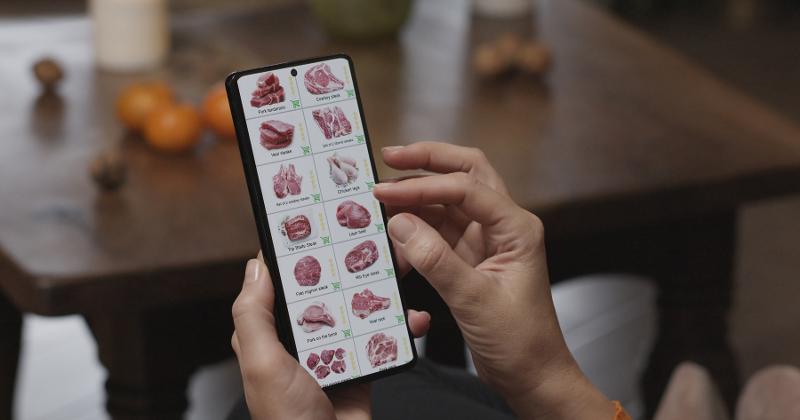 The 17th annual Power of Meat report from  FMI–The Food Industry Association and The North American Meat Institute (NAMI) reveals that not only are 98.5% of American households purchasing meat, but online meat engagement grew in the past year as 35% of consumers bought refrigerated meat and poultry online—up 14% from 2019. Analysis from the report, which offers an in-depth look at meat through shoppers’ eyes, found that 74% of all U.S. consumers polled identify themselves as meat-eaters; smaller shares identify themselves with another label, such as flexitarian (16%) or vegetarian/vegan (6%) .

FMI and NAMI, in partnership with Sealed Air, held a virtual discussion March 8 on the Power of Meat, in place of the canceled in-person Annual Meat Conference event this year. Presented by Anne-Marie Roerink, principal at 210 Analytics, the discussion focused on the report's top findings about meat-buying preferences and behaviors in the past year.

This new report finds that the combination of higher prices and the continuation of the pandemic-prompted trend toward home cooking led to another record sales year for meat, although volume sales were down. Dollar sales increased 0.3% to $81.8 billion in 2021, but volume was down 5.6% compared with 2020, according to the report.

Americans are preparing and eating more than 80% of their meals at home, the report finds—down from 88% at the pandemic peak in April 2020. In addition, 57% of Americans prepare four to seven dinners per week with meat. The report said volume remains significantly above prepandemic levels for fresh (up 3.7% since 2019) and prepared meats (up 4.3% since 2019). Findings from the report indicate that fresh beef volume increased nearly 5% since 2019, bacon 7%, and fresh lamb sales increased nearly 20%.

No longer pulling the cookbook off the shelf for recipes, more than half of meat shoppers have shown a growing appetite for cooking inspiration from digital sources. Of those who search online for meat cooking tips and ideas, 72% use Google or another search engine and 57% use YouTube, the report said. Pinterest, Instagram and TikTok are particularly popular with Generation Z and Millennials—used by about half of shoppers in those generations for discovering meat preparation inspiration, the report added.

Despite some consumer skepticism about "lab-grown" meat, the cultivated meat sector is growing, as well, although shoppers currently indicated a preference for plant-based choices. Plant-based meat alternatives remain mostly an occasional choice—9% said they eat them weekly. Around 3 in 10 consumers surveyed said they are open to eating plant-based options; 40% said they would be unwilling to even try cultivated meat.

When it comes to choosing a meat, the report said 86% of meat shoppers are looking for one or more better-for-me, the planet, the worker or animal attributes, vs. 80% in 2019.

The Power of Meat study was conducted by 210 Analytics on behalf of FMI—The Food Industry Association and the Meat Institute's Foundation for Meat and Poultry Research and Education.

Back to Meat Still Reigns