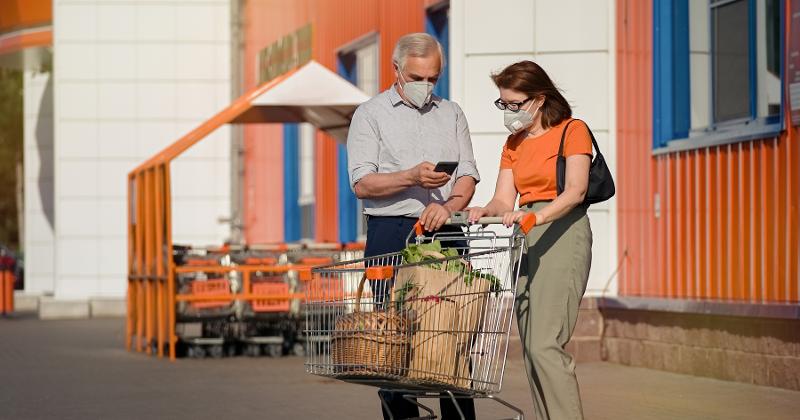 More than three in four consumers (78%) in April adjusted their grocery-shopping behaviors in an effort to save money amid rising inflation, according to new survey from Chicago-based market researcher IRI. In comparison, 72% of consumers said they had made one or more changes to their shopping behaviors in March.

According to IRI, the price per unit across all foods and beverages in multioutlet stores increased 10.7% in the four weeks ending April 24 vs. the same four weeks in 2021. Inflation was in the double digits in the center of the store as well as in perishables, and compared with April 2019, prices across all foods and beverages were up 21.3%. The Bureau of Labor Statistics, however, reported some relief for all of April, noting in its latest Consumer Price Index summary this week that consumer prices rose 8.3% year over year in April after climbing 8.5% on a 12-month basis in March.

Consumer concern about rising prices is deep and widespread. According to IRI's polling, 90% of consumers believe food prices are somewhat or a lot higher than they were at this time last year, and 53% are extremely concerned about food inflation—“the first time this number has moved past half of the population,” said Jonna Parker, team lead fresh for IRI, in a statement.

“This compares to 23% of consumers being extremely concerned over coronavirus in this same survey—meaning inflation has a far greater grip on the nation’s food spending than COVID-19 at this point in time,” Parker added.

While the pandemic saw consumers trying to complete their grocery shopping in one trip, it seems the trend is now reversing, as 17% of consumers now visit multiple retailers to get the best deals, IRI found.

It's a trend Emeryville, Calif.-based Grocery Outlet is noticing, as well. "Traffic trends in the second quarter are strong," CEO Eric Lindberg said in the company's earnings statement this week, "as we believe consumers are increasingly looking to stretch their shopping dollar in light of inflation."

Additionally, IRI found that 47% of consumers are looking for sales promotions. It noted, however, that both the frequency of promotions and the depth of the discounts are down significantly vs. prepandemic across departments—and consumers are noticing.

IRI’s survey found that 55% of consumers are finding fewer items they want on sale, and 44% believe that when they find promotions, the discounts offered are not as deep as in prior years.

“These consumer money-saving measures combined with the continued volatility on the supply side are creating an environment of continued change and uncertainty,” said Heather Prach, director of education for IDDBA.

See also: Nonessentials Get the Boot From Grocery Shoppers as Inflation Continues to Climb

More than half of consumers (51%) are now stocking up on certain items, IRI found, driven by concerns over out-of-stocks (24%) and worries that prices may rise further (20%).

Another trend that seems to be reversing is shopping for groceries online, with the slight increase in online shopping that occurred with the omicron wave of COVID-19 receding. Describing their last grocery shopping trip, 13% of consumers said they shopped online and 87% shopped in person, IRI’s survey found. Among those shopping online, pickup was slightly more popular (7%) than delivery (6%).