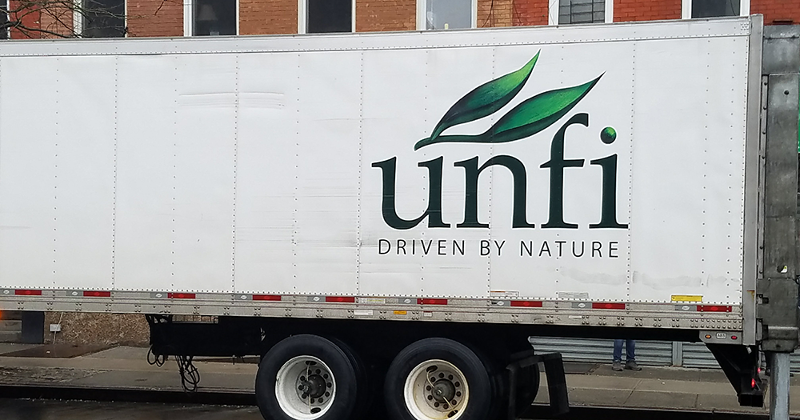 The United Natural Foods-Supervalu merger may yet change the future of food distribution, but it may take some time until it matches its own distributed drama.

The saga, which has already dropped off a few pallets of intrigue, took on another full load last week when UNFI revealed it was suing Goldman Sachs, its strategic adviser in the deal and the arranger of its financing.

The case, filed in New York’s Supreme Court, essentially alleges that the bank, to deliver the deal it helped UNFI to make, arranged financing for it from a credit-default swap with investors whose interest wasn’t necessary aligned with the deal’s success and may have in fact stood to benefit from its failure. That they participated in the first place ultimately benefited Goldman Sachs.

Goldman Sachs, of course, isn’t having it, and characterizes UNFI’s dispute as one about fees, not lenders, and would seem to argue, essentially, that beggars can’t be choosers, especially when debt markets are in distress.

I’ll leave the legal analysis to others more versed on this subject, but no matter how it’s ultimately settled, the case is noteworthy for the glimpses it provides into the high stakes—and sophisticated investors—that tend to come along when you need to borrow $2 billion. And as the pressure for scale continues to tempt food industry companies to reach for transformative deals—UNFI called the Supervalu buy a “bet-the-company” transaction—it would surprise me if this turns out to be the only such dispute we’ll come across in the months and years ahead.

As I’ve written a lot about already, the UNFI-Supervalu deal was a kind of spectacular final act of the acquired company’s high-speed transition from a poor-performing retailer-distributor to a better-performing distributor with the kind of assets (national reach, lots of customers, lots of distribution points, underexploited service offerings) that nearly every other food distributor in the U.S. would also find attractive.

Supervalu had its troubles too—including the retail stores it couldn’t or hadn’t yet shed, activist equity investors, and debt that had attracted a $470 million market for credit-default swaps (CDS), or a market of insurance on its debt that had both buyers and sellers. The former are winners if the company made good on its obligations; the latter would win in the event of a default.

Nonetheless, Supervalu’s auction attracted two strategic buyers who fought it out until the last minute. What we didn’t know until UNFI’s lawsuit was that it was Goldman Sachs’ move to reduce its advisory fees to UNFI by $2 million that allowed the company to afford the last-minute raise that won the battle.

To pay for the acquisition, Goldman Sachs, along with other banks, agreed to provide UNFI a new loan of $2.15 billion, which the distributor intended to use to pay off Supervalu’s lenders, thus ending the risk of CDS investors gambling on a failure. But when Goldman encountered trouble syndicating the loan—or finding enough willing investors to participate by an agreed-upon deadline—the relationship between the bank and UNFI began to fray and the Supervalu CDS market would play an unintended role.

According to UNFI’s suit, the bank used its “flex” provisions to increase interest rates to UNFI, and later asked for additional concessions as the debt market softened and earnings misses further depressed investor interest. When UNFI argued it couldn't accept another interest-rate raise, Stephan Feldgoise, Goldman Sachs’ head of mergers and acquisitions for the Americas, phoned UNFI CEO Steven Spinner, informing him “things would get ugly,” the suit contended.

By UNFI’s reasoning, they already were. As the deadline neared to close the new loan, Goldman, according to UNFI, “demanded” that Supervalu become a co-borrower with UNFI, indicating the change would have a “muted” effect. An article published in Bloomberg subsequently revealed to UNFI that hedge fund clients of Goldman Sachs were beneficiaries of that change, leading UNFI to believe Goldman Sachs, in its role as a market maker, “manipulated the CDS market on behalf of those hedge funds as a quid pro quo for their participation in the syndication … helping Goldman Sachs transfer a portion of the term loan off of its books, which protected it from having to fund those amounts itself to the detriment of its own bottom line.”

While the move to make Supervalu a co-borrower prevented hedge funds who'd bet on its failure from losing, sources say the inclusion of those investors in the financing provided to UNFI does not have any impact on the borrower, and that the investors alone cannot cause a default. However, UNFI is concerned that those entities could take activist tactics to trigger outcomes favorable to their side.

“The only loser in this scheme was Goldman Sachs’ client: UNFI,” the lawsuit contends. “UNFI bargained for a bank loan from what it believed, at the time, to be reputable Wall Street banks, including Goldman Sachs, which UNFI believed would syndicate the loan with good-faith investors. It ended up with a loan funded by hedge funds that are betting that Supervalu, and now UNFI (having acquired Supervalu), will default on its debt.”

UNFI further asserts that Goldman Sachs never informed the company that its new lenders were the bank’s own clients, which, if nothing else, looks bad coming from an entity engaged to be a trusted adviser. The bank, however, notes that UNFI pre-agreed to the financing and lender identity conditions it is now so unhappy with, which, if nothing else, makes UNFI look naive.

Put another way, things are ugly all around.