Kelly Ash has joined the California Grocers Association (CGA) as its new VP of government relations.

In her new role, Ash will serve as the Sacramento, Calif.-based trade association’s chief lobbyist and be responsible for managing all aspects of its advocacy efforts. She will represent CGA members on strategic advocacy efforts before the state legislature, regulatory agencies and local municipalities, as well as managing CGA’s government relations staff and contract lobbyists. 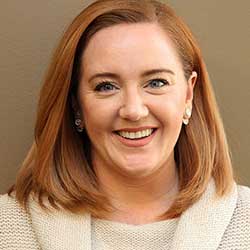 “Kelly will be a tremendous addition to our government relations team,” Ron Fong, CGA president and CEO, said in a statement. Noting that Ash is “no stranger to the California Legislature, having served in numerous positions in the state assembly,” Fong said her experience “will prove extremely valuable as the association continues to strengthen and expand its legislative program.”

Michel LeClerc, chief financial officer of Cottonwood, Calif.-based North State Grocery Inc. and chair of CGA’s government relations committee, concurred: “Kelly stood out from a field of excellent candidates. She brings to CGA a great blend of expertise and passion that will serve us well as we navigate the legislative and regulatory challenges facing our industry.”

Ash holds a master's degree in criminal justice from Boston University and a bachelor’s degree in political science from Seattle Pacific University.