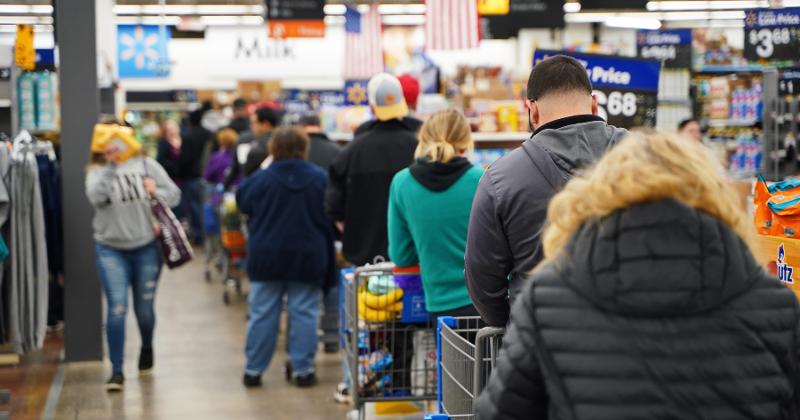 Four times as many shoppers say they plan to shop in a store more often in 2021 than those who plan to shop less often, with big-box retailers and small discounters among those most likely to see the benefits, according to a new consumer survey from the Feedback Group.

Results of the “Grocery Shopping Intention Monitor” indicated that many shoppers anticipate returning to shopping in-stores for food and groceries, across a variety of formats, after the COVID pandemic suppressed both the frequency of store trips and the variety of outlets consumers shopped a year ago—and forced many shoppers into visiting outlets they may not have intended to shop were it not for the crisis.

“As we look forward, our research reveals that many shoppers anticipate returning to shopping in-stores for food and groceries across a variety of formats. As a result, it is important for stores to provide the best possible experience to welcome food shoppers back and retain them,” said Brian Numainville, a principal with The Feedback Group, Lake Success, N.Y.

Notably, several of the stores consumers said they were most likely to return to frequently may have benefitted less from the trip consolidation trend a year ago. 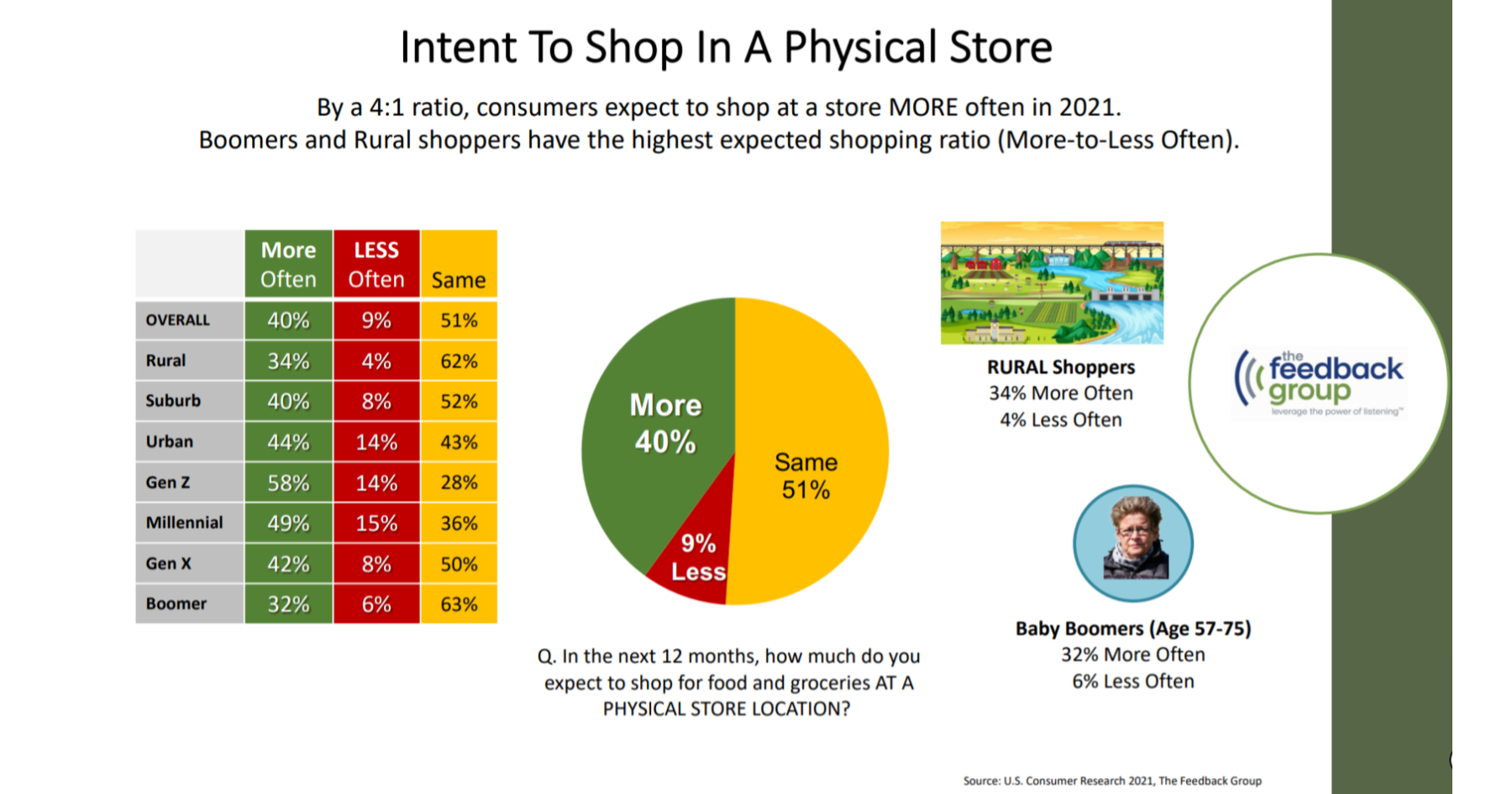 “As the findings illustrate, Amazon, both with Whole Foods and Amazon Fresh, appear to have the greatest overall momentum in terms of shoppers expecting to use their online services more often,” said Doug Madenberg, Feedback Group principal. “Whole Foods also resonates the strongest among urban and millennial shoppers, and Amazon Fresh also places in the top group of stores among these shoppers, along with Walmart, Target, Costco, Instacart and Fresh Direct. Absent from the top group are grocery stores, showing that work remains for the channel to continue to strengthen online offerings.”

About 4 in 10 shoppers indicate they shop at a dollar store every two weeks or more frequently, the survey indicated. Among those who shop a dollar store at least once every few months, about 3 in 10 shop for food or grocery items every two weeks or more often, driven by the convenience of the store/location (57%), price (54%), quality (43%) and for items or brands they like (41%). The categories mentioned as most purchased were chips/salty snacks (65%), candy (62%), cookies/crackers (60%), beverages (59%) and canned goods (52%).

“Since dollar stores had one of the higher expected shopping ratios for shoppers planning to shop in a store, it is clear that convenient store locations and price are appealing to dollar store shoppers for several product categories,” Numainville said. “Although fresh categories like meat and fruits/vegetables presently show the lowest purchasing levels, as reported by shoppers, these categories may grow as dollar stores continue to expand their offerings.”

The study was based on a nationally representative sample of 2,250 respondents who shopped in-store and/or online for food and groceries in the prior 30 days.