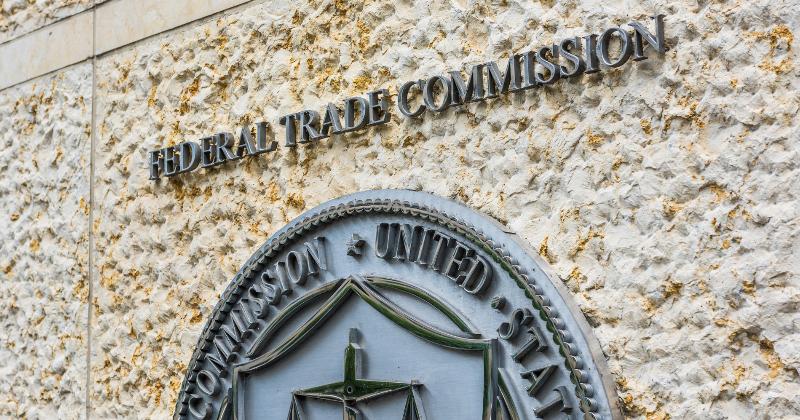 President Joe Biden’s recent nomination of Lina Khan, a pro-antitrust scholar, for commissioner of the Federal Trade Commission signals that if there was a time to be asking for increased enforcement of antitrust laws, as well as new direction and guidance for enforcers, now is a “time that’s ripe to ask,” said Claire Kelloway, a reporter and researcher with the Open Markets Institute.

The National Grocers Association in mid-March did just that. The Washington, D.C.-based trade group representing 21,000 U.S. independent grocers issued a white paper asking Congress and the federal government to modernize and enforce antitrust laws to restore competition to the grocery sector, saying that their larger competitors have dominated trade terms and conditions with suppliers, resulting in widening disparities in availability and pricing between large and small retailers that violates several federal antitrust laws including the Robinson-Patman Act, which prohibits price discrimination by suppliers.

“Independent grocers are increasingly struggling in the face of growing influence of so-called power buyers, dominant retailers who act as gate keepers to grocery shelf space and control terms of trade in our industry,” said Greg Ferrara, president and CEO of NGA, in a press call.

WGB reached out to Kelloway and antitrust scholar Konstantinos Stylianou, an associate professor in competition law and regulation at the University of Leeds in England, to get their perspectives on the efficacy of antitrust laws.

Law That Was Never Enforced

While Stylianou said “there is wide agreement that antitrust laws are sufficient as they are; sure, some tweaks might always be welcome,” he noted that enforcement could be better. Federal antitrust laws are enforced by the FTC and U.S. Department of Justice, but while both departments can start investigations on their own or after a complaint, “the only way to actually enforce the law is to file an antitrust lawsuit in a federal court,” he said.

“The main thing that needs to change is the willingness of FTC/DOJ/state attorneys to enforce those laws,” said Stylianou. Part of the reason for underenforcement is the influence of the Chicago School of Antitrust, whose main component is the consumer welfare standard, a principle that antitrust law should serve consumer interests and protect competition, rather than individual competitors.

"If big companies give consumers lower prices and greater variety, and consumers are happy to take that, it is only natural for smaller players to go out of business if they can’t match those prices and variety, and this is acceptable by antitrust laws."

“I appreciate how [small and mid-size business] can be frustrated by the lack of enforcement against big players in the market. But as a general matter, antitrust laws are only triggered against dominant firms (normally well over 50% market share in a given market) or against situations that have the potential to affect the competitive process as a whole—not if one or a number of minor competitors are harmed,” he said. “In a way, if big companies give consumers lower prices and greater variety and consumers are happy to take that, it is only natural for smaller players to go out of business if they can’t match those prices and variety, and this is acceptable by antitrust laws.”

Motivated in part to check the power of large chain stores like A&P—then a dominant U.S. grocery retailer—President Franklin D. Roosevelt in 1936 signed the Robinson-Patman Act into law. While Robinson-Patman prohibits anticompetitive practices such as price discrimination by producers, the consumer welfare standard is one of the main reasons the Act is considered controversial today, Kelloway said.

“People who are in the school of the consumer welfare standard … feel like this law is incongruous with the consumer welfare standard, which basically says antitrust laws exist to benefit consumers, primarily bring lower prices to consumers,” she said. “That is particularly why this antitrust law, the Robinson-Patman Act, is especially unenforced—it’s the law that the DOJ never enforced; the Federal Trade Commission was the only antitrust agency that sort of took it up.”

Kelloway also attributes a decrease in antitrust enforcement to the federal government being “really hesitant … to take up a case that they might lose and will set precedent even further back and is generally quite cautious and only takes on really egregious cases that they know they’ll win. So you see an increase in the percentage of cases that they’re winning but a dramatic decrease in the percentage of cases they’re bringing at all.”

The NGA cites Robinson-Patman—as well as the Sherman Act of 1890 and the Clayton Act of 1914, which deal more with monopolization—in its white paper. It calls on Congress “to step in to restore the original purposes and vigor of the antitrust laws when directed at striking economic discrimination in all sectors of the economy.”

“The antitrust laws were designed to address these very issues, including by protecting consumers and suppliers from firms with buyer power and by defending small businesses from the predatory tactics of large rivals. And for many decades they did,” the white paper reads. “It was only in the last 30 years that policymakers and courts adopted an orthodoxy that ‘mega’-sized firms are more efficient and better positioned to drive down consumer prices, sacrificing other considerations that animated the antitrust laws.” The COVID-19 pandemic has “exacerbated” this problem against independent grocers, Ferrara of the NGA said.

As an antitrust scholar who has written about anticompetitive concerns posed by Amazon, Khan’s nomination to the FTC could level the playing field, experts say. “Biden’s plans for the FTC seem to signal support for more intensive enforcement,” Stylianou said.

The FTC’s focus, however, might primarily be on Big Tech. NPR said Khan’s nomination suggests the White House is planning to challenge the tech industry at a time when federal and state regulators are pursuing investigations and lawsuits around the dominance of Amazon, Apple, Facebook and Google.

Only time will tell if and how grocery fits in.