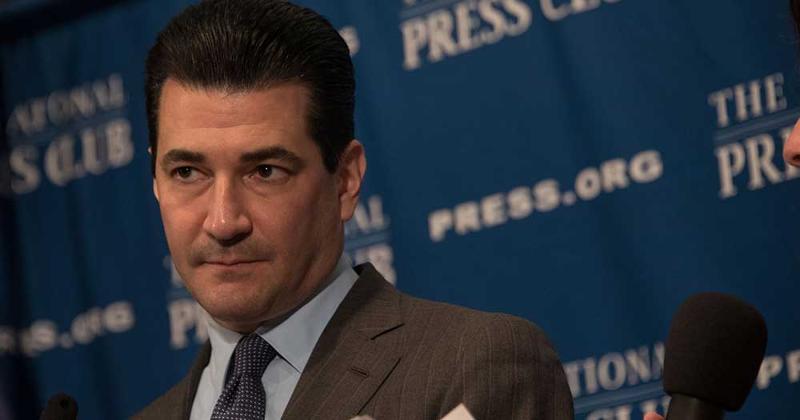 U.S. Food and Drug Administration Commissioner Scott Gottlieb has resigned, according to a tweet from President Trump.

Scott Gottlieb, who has done an absolutely terrific job as Commissioner of the FDA, plans to leave government service sometime next month....

Gottlieb, who will reportedly leave sometime next month, was known for his campaigns against teen e-cigarette use and opioid addiction, but President Trump also praised him for helping to lower drug costs and getting a "record number" of generic drugs on the market.

According to a report from The Washington Post, Gottlieb has been commuting from his home in Connecticut to Washington, D.C., and wants to spend more time with his family.

The Post reported that Gottlieb's anti-youth-vaping initiative is currently in the process of review by the White House Office of Management and Budget. The plan, which was introduced last fall, aims to restrict the sale of flavored e-cigarettes. Additionally, it is unclear what will become of other controversial Gottlieb-era initiatives that have not yet been released by the FDA, such as banning menthol and reducing nicotine levels.

Grocery Manufacturers Association President and CEO Geoff Freeman reacted to the news with nostalgia, saying the FDA was a "strong and effective champion of public health" under Gottlieb's leadership.

"His candor, transparency and willingness to work together was a welcomed approach in the regulatory environment," said Freeman, who also pointed out that a strong FDA is a critical partner in helping the packaged goods industry—which believes in "smart, uniform regulation"—gain trust in American products.