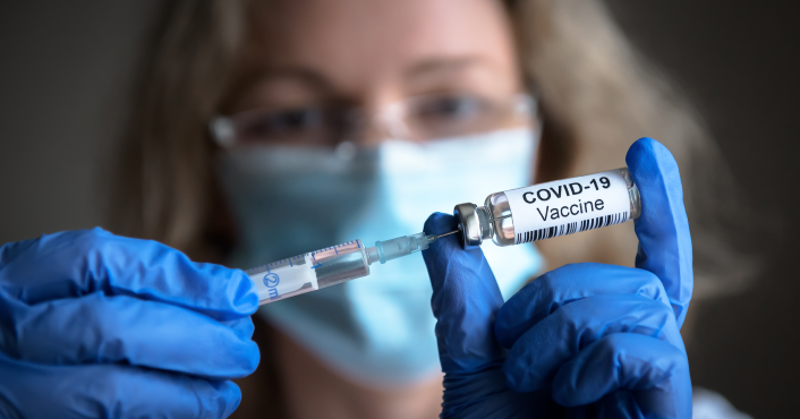 The U.S. Court of Appeals for the 5th Circuit in New Orleans on Nov. 12 reaffirmed its earlier ruling and declined to lift its stay on the Biden administration’s COVID-19 vaccine mandate for businesses with 100 or more workers. “On Nov. 6, 2021, we agreed to stay the mandate pending briefing and expedited judicial review. Having conducted that expedited review, we reaffirm our initial stay,” the court said.

Under the emergency temporary standard (ETS) or vaccine mandate that the White House announced in early November, convenience-store retailers, among other businesses with at least 100 employees, would have until Jan. 4 to ensure that their workers are fully vaccinated against COVID-19. Employees who refuse to be vaccinated could still keep their jobs by testing negative for COVID-19 “on at least a weekly basis.” Starting Dec. 5, all unvaccinated employees at qualifying companies would be required to wear face masks in the workplace.

In response to the stay, Principal Deputy Press Secretary Karine Jean-Pierre said, “The administration clearly has the authority to protect workers, and actions announced by the President are designed to save lives and stop the spread of COVID-19. … The Department of Labor has a responsibility to keep workers safe and the legal authority to do so.”

FMI, the National Retail Federation (NRF) and other state and national trade associations filed a lawsuit against OSHA over the vaccine requirements. They expect that many employees will quit their jobs rather than receive vaccinations against their will. The mandate "will only exacerbate ongoing labor challenges and worsen an already existing shortage of transport and supply-chain capacity," FMI President and CEO Leslie Sarasin had said in a statement.

In a subsequent statement following the Fifth Circuit's action on Friday, Sarasin said: "FMI is pleased the Fifth Circuit Court of Appeals issued a stay on OSHA’s ETS for vaccination and testing. In pausing the ETS, the Court’s action today gives us additional time to seek clarity on elements of concern, including the availability of sufficient testing capacity and exemptions for workers with limited contact with others, such as truck drivers and warehouse workers."

The court, in reaffirming its earlier move, noted that “in its 50-year history, OSHA has issued just 10 ETSs. Six were challenged in court; only one survived.”

In this case, it cited the “a diverse group of petitioners … [who] moved to stay and permanently enjoin the mandate in federal courts of appeals across the nation. … The mandate imposes a financial burden upon them by deputizing their participation in OSHA’s regulatory scheme, exposes them to severe financial risk if they refuse or fail to comply and threatens to decimate their work forces (and business prospects) by forcing unwilling employees to take their shots, take their tests, or hit the road.”

It said that the U.S. Constitution did not “authorize a workplace safety administration in the deep recesses of the federal bureaucracy to make sweeping pronouncements on matters of public health affecting every member of society in the profoundest of ways. … On the dubious assumption that the mandate does pass constitutional muster—which we need not decide today—it is nonetheless fatally flawed on its own terms.”

The court continued, “The mandate’s strained prescriptions combine to make it the rare government pronouncement that is both overinclusive (applying to employers and employees in virtually all industries and workplaces in America, with little attempt to account for the obvious differences between the risks facing, say, a security guard on a lonely night shift, and a meat packer working shoulder to shoulder in a cramped warehouse) and underinclusive (purporting to save employees with 99 or more coworkers from a ‘grave danger’ in the workplace, while making no attempt to shield employees with 98 or fewer coworkers from the very same threat).”

The court concluded that “the mandate’s stated impetus—a purported ‘emergency’ that the entire globe has now endured for nearly two years, and which OSHA itself spent nearly two months responding to—is unavailing as well. And its promulgation grossly exceeds OSHA’s statutory authority.”