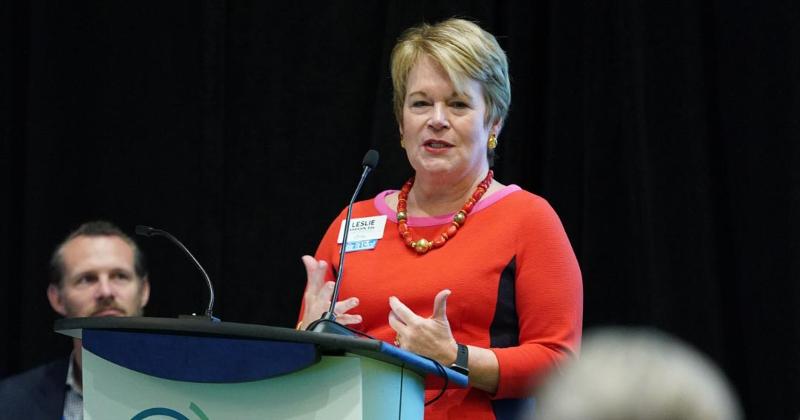 “Recognizing that the food industry is undergoing significant change, in 2019 Leslie was acknowledged for her work that has resulted in a reinvigorated vision and a revised FMI brand that better aligns with the new realities of the food industry,” he continued. “FMI’s reshaped identity as a highly relevant association is opening the necessary growth channels for it to become the organization the food industry needs well into the future.”

In the past year, Sarasin oversaw a rebranding to FMI–The Food Industry Association, with a new look and logo, and she reconfigured bylaws that give FMI a broader membership base potential; a board that is more representative of the entire food industry; and a staff with an expanded vision of the scope and depth of services it provides.

Then, when a national emergency was declared March 13, 2020, “Leslie guided FMI staff to work diligently to ensure the food industry was included as part of the nation’s essential workforce from Day 1, and that industry and customer needs were on the radars of a wide array of different government entities at the federal, state and local levels. We couldn’t be more proud of her accomplishments,” Edeker said.

Sarasin manages a staff of more than 75, as well as a board of directors of 85 industry executives.