The Grocery Manufacturers Association has made four senior-level hires as its new President and CEO Geoff Freeman leads the organization through what officials call an "ongoing transformation." 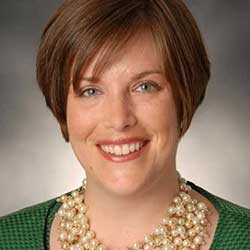 Betsy Booren will join the organization in late November as SVP of science and technology; Brandon Partridge will join in mid-November as SVP of member engagement; Katie McBreen has joined as VP of communications and research; and Katie Denis will join as senior director of industry narrative on Oct. 24. 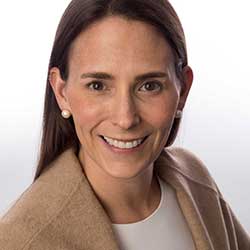 The changes come after Freeman's June appointment in which he replaced Pamela Bailey, who was GMA president and CEO for nearly a decade.

Freeman said GMA's "best days are ahead" as the changes are implemented.

“We’re bringing together a highly effective, results-driven team with proven association experience to shepherd the organization into its next chapter," he said.

GMA's new SVP of science and technology, Booren, is currently senior policy adviser of regulatory compliance, food safety, nutrition and related topics for Olsson Frank Weeda, having previously served as VP of scientific affairs for the North American Meat Institute and president of the Foundation of Meat and Poultry Research and Education.

Partridge, soon-to-be SVP of member engagement, is currently the senior vice president of industry development for the American Frozen Food Institute and has previously held roles at Nestle USA, The Tipton Group and the Cheese Importers Association of America. He also founded his own organic drinkable yogurts company, Skyland Foods. 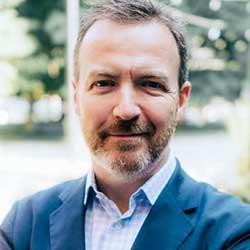 New VP of Communications and Research McBreen joined GMA from the National Retail Federation, where she headed strategic campaigns such as the defeat of the border adjustment tax and managed the organization's strategic and executive positioning, crisis communications, advertising and media relations. She has also held roles at the U.S Chamber of Commerce, Gallatin Public Affairs and the White House.

Denis joins GMA from the U.S. Travel Association where she led “Project: Time Off,” a multiyear initiative to promote the value of travel and drive vacation usage and has previously held roles at the U.S. Chamber of Commerce, Vehr Communications, and in the U.S. House and Senate. 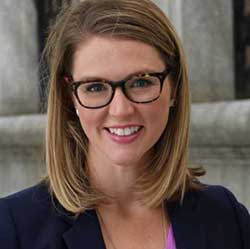