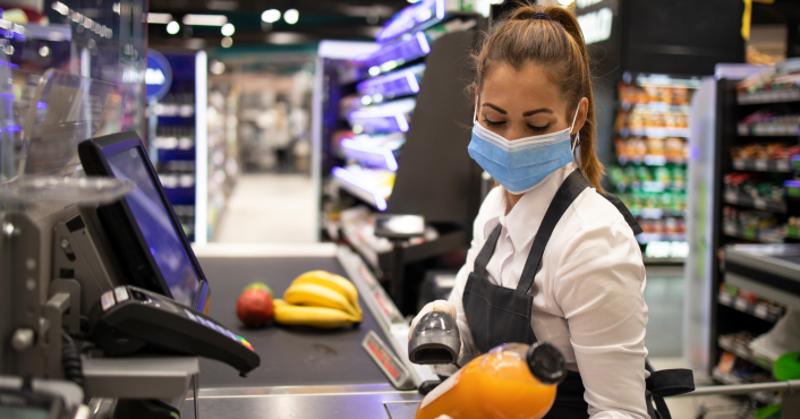 Nearly two-thirds of food retailers say insufficient trucking and transportation capacity has hurt their business, and a whopping 80% say their ability to attract and retain workers has been challenged and has had a negative business impact, FMI – the Food Industry Association's 2021 SPEAKS report found.

"An easy solution simply does not exist" to stabilizing supply chains issues and addressing "unprecedented labor challenges," FMI President and CEO Leslie Sarasin said Wednesday in a webinar about results of the association's annual retailer survey. But greater flexibility on the part of policymakers—for example, to lower the minimum age for obtaining a commercial driver's license and driving interstate routes to 18 from 21 nationwide—could make a meaningful difference for grocers confronting multiple operational challenges, FMI leaders said.

Greater collaboration among retailers themselves and improved engagement with suppliers and transportation and logistics providers, too, can help spark solutions and spur effective advocacy for the industry, Sarasin suggested.

Among the SPEAKS Survey's top 10 takeaways for 2021 were a more-complex financial picture for grocers this year, as surging expenses (including $24 billion in pandemic-related spending on measures to meet public-health regulations and address health and safety concerns for employees and customers) had an offsetting effect against higher sales.

Intensified labor challenges, too, are a leading pain point for retailers, the survey found.

Hurdles surrounding childcare and eldercare as well as concern about public-facing roles have kept some workers away from retail jobs, Sarasin noted in the webinar. For retailers, local pay ordinances, such as contentious hazard-pay mandates in California and Washington, and extended federal unemployment benefits have exacerbated staffing challenges, many respondents indicated.

In response to high turnover among part-time employees and their difficulties finding and keeping talent, more than three-quarters of food retailers (77%) have raised wages for part-time workers. Most also have offered improved benefits (53%), flextime (56%) and/or training and skills development (56%). Twenty-nine percent have offered bonuses to part-time workers; a similar share (27%) have offered hiring or retention incentives. Smaller shares said they are providing access to education programs/benefits (41%) or have partnered with colleges/universities on continuing education programs (19%).

The picture was slightly different for full-time workers. Larger shares of retailers said they upped wages/salaries (85%), improved their benefits offerings (74%), and/or offered bonuses (62%), hiring/retention incentives (37%), or education programs through dedicated education benefits (53%) or partnerships with colleges/universities (32%).

Overall, 71% of respondents said that wages, including higher minimum wages and bonuses, had a negative impact on their business in 2020.

And while changing state and federal regulations created operational challenges for food retailers, businesses weren't wholly sour on the changes they were forced to adapt to. Greater shares of respondents than in the past said they believe federal (38%, vs. 16% in 2019) and state (35%, vs. 9% in 2019) government actions are having a positive impact on their businesses—helping them stay open and operate safely amid the ongoing pandemic.

FMI's 2021 SPEAKS Survey was conducted in the second quarter of this year with respondents from 103 food retail and wholesale companies representing approximately 38,000 stores. Slightly more than half of respondents were independent retailers operating fewer than 10 stores; one-third of respondents operate more than 100 stores.