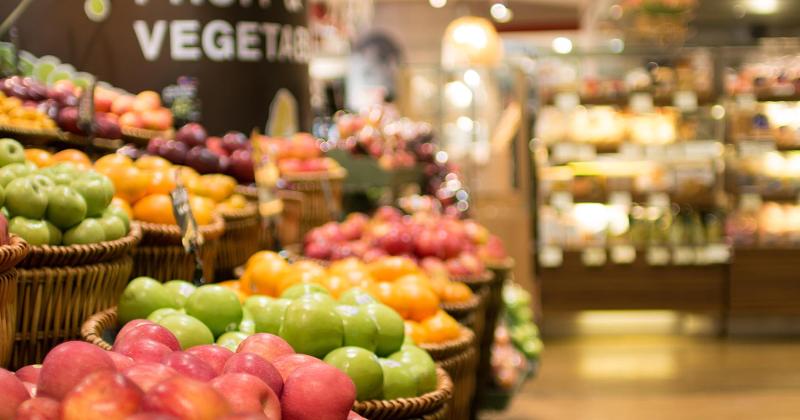 Today’s consumers have been spoiled by the abundance of new options for purchasing groceries online. As traditional grocery brands are trying to figure out how they can do a better job selling online, online retailers are trying to find ways to gain a stronger foothold in brick-and-mortar grocery stores.

Because of this ongoing tug of war, the future of the more than $800 billion grocery industry won’t be a full-blown, winner-takes-all battle for shoppers. Rather, we’re going to continue seeing more nontraditional alliances form, allowing for differentiation and improved customer experience—whether offline or on.

The notion of a brick-and-mortar grocer differentiating itself based on price, merchandising and overall availability of items is long gone because most groceries can be purchased online. Therefore, to compete with online players, which often provide lower prices and eliminate cumbersome checkouts, many retailers are trying to differentiate by offering in-store customer experiences and services that online merchants simply can’t.

For instance, the 101-store Wegmans Food Markets regularly ranks as customers’ favorite grocery store in the U.S. Wegmans even has a cult following, aptly named Wegmaniacs, who love the store’s superior customer service, selection and quality of products and community engagement and activism, to name a few. The Rochester, N.Y.-based retailer also has an in-store cafe with freshly made food, craft beers and special events.

And America’s largest grocer, The Kroger Co., has formed strategic collaborations with companies such as Walgreens and Nuro. The Walgreens alliance allows both retailers to deliver cost savings and sourcing efficiencies while offering each other’s products in both stores. The Nuro partnership provides a self-driving grocery delivery service using custom unmanned vehicles, which was piloted in Scottsdale, Ariz.

Other traditional grocers have gone digital by forming partnerships with online companies, such as delivery service providers Shipt and Instacart, allowing these grocers to bring new customers into their fold. Even when current delivery service investments aren’t profitable, grocers feel pressure to offer the same services as their competitors.

And while only 6% of U.S. consumers surveyed say they order groceries online more than once a month, recent research by Bain & Company and Google predicts the adoption of digital shopping in the U.S. grocery sector will at least triple in the coming decade.

Offline players aren’t the only ones trying to figure out and compete with the other side. When Amazon acquired Whole Foods Market in 2017, the grocery industry felt the shock waves, unsure what this alliance meant other than a greater online penetration in brick-and-mortar stores.

However, more than two years later, Amazon and Whole Foods combined have only about 4% of the grocery market. CNN Business reports that the company plans to accelerate its grocery push by opening dozens of its own grocery stores, aside from Whole Foods, in major U.S. cities. Bloomberg further reports Amazon is considering opening 3,000 Amazon Go cashierless stores in the next two years.

And because the Amazon Effect seems to trickle down just about everywhere related to retail, it’s probable that even more online players will look for strategic partnership to help them gain ground in the grocery industry.

For instance, many meal kit companies, which originally were marketed as tech companies, are branching out to reach additional demographics by having their goods available in stores. This includes Home Chef, which ships fresh weekly meal kits to subscribers’ doors and is now available in more than 700 Kroger Family stores across the nation; and Blue Apron, which shoppers can purchase at a discounted price in some Costco locations.

For most Americans, grocery shopping habits are ingrained, and shopping in-store is preferred. However, digital shopping patterns are expected to increase as technology progresses and as people move into more crowded urban centers. Neither side—brick-and-mortar nor online grocer—wants to be left out.

No matter what side you’re on, it’s important to consider what the future of your customer experience will be as these alliances form. Identify what consumers love about your store or brand and what you could be doing better. For brick-and-mortar customers, make sure that your in-store experience is seamless and special. For online grocers and retailers, prioritize ease of use, fast shipping and top-of-the-line customer service. And in the event your brand needs to go across the aisle, consider making strategic alliances of your own.

Nontraditional partnerships in the grocery arena will only continue in an era when differentiation matters. They will become more complementary rather than contradictory, and omnichannel shopping will flourish. And technology will be at the center of it all. The need for a flexible architecture that can flexibly integrate new applications as you go along has never been so pressing.

David Wilkinson is SVP and GM of global retail for NCR Corp.