Together, they represent the sales power of a giant national chain. Individually, they can touch customers in a way their big rivals can’t. So why should independent grocers be denied the same advantages in cost of goods that manufacturers provide to their chain-store rivals?

A panel of three independent retailers tackled that and other burning questions facing the independent channel during a discussion at the National Grocers Association Show in Las Vegas on Monday. 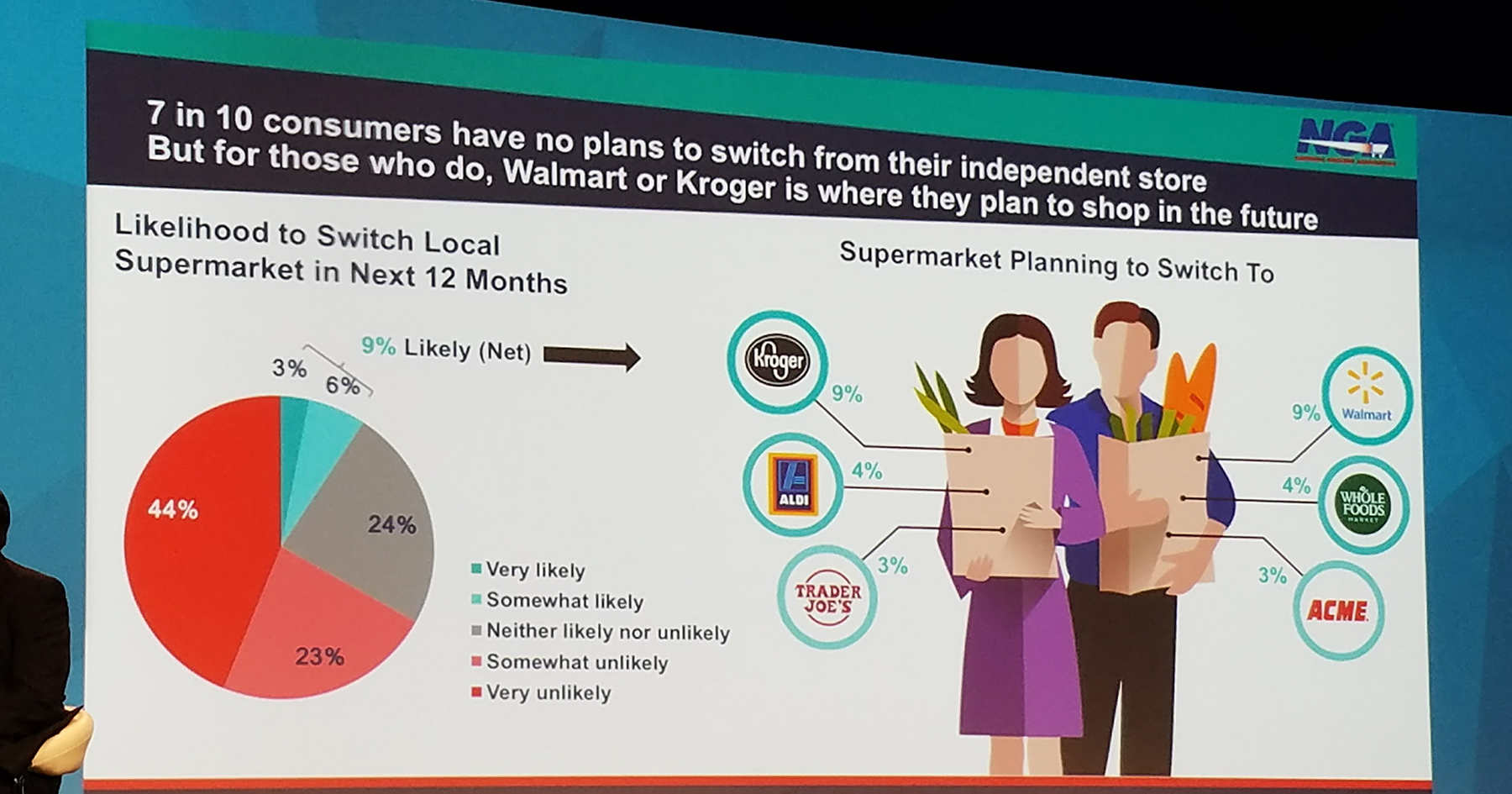 Ted Balistreri, CEO of Milwaukee-based Sendik’s, argued that in many cases independents can leverage their high trust with shoppers to make sure products sell, but said pricing disparity vs. large chain retailers on the same items often means starting at a disadvantage.

“In our communities, our brands are very strong, and the community trusts us. But I feel like sometimes we’re the afterthought [with manufacturers],” he said.

“What I would say to manufacturers is, ‘Please. We’re very viable, very strong. But we can’t look foolish in the marketplace. I wouldn’t necessarily say we need more margin, but we can’t look foolish from a pricing standpoint vs. Walmart. … We have loyal customers, but we’re pretty loyal too. And if we’re treated well, we will perform.'”

“One of the buzzwords that drives us crazy is ‘Different class of trade.’ Those are fighting words to us,” Lowe said. “[Manufacturers] will tell us, ‘We’ve got you price competitive' [with larger retailers]. In my words, competitive isn’t 8% to 10% [more expensive] than what the big boys get. Our ask is, sell it to us at the same price the big boys get, and let us show you what we could do with it.”

Lowe was quick to add that it's the obligation of independents to communicate that message to their product suppliers. “We have to take every opportunity we get to tell our story,” he said. “They can figure out a company like Walmart, it’s just one place. But for them to figure out independents, with multiple formats, multiple store sizes and different challenges we have, we have to explain it to them and make them understand. And we’ve found that they do listen once you get face-to-face conversations with them.”

The discussion accompanied the presentation of new data from Harris Poll and Nielsen indicating that the independent channel commands a loyal customer following that values their local store’s pricing, service, convenience and quality. Based on interviews with more than 3,000 consumers who do more than 50% of their food shopping at independent stores, the data also broke out differences in sentiment regionally.

This presents independents—which do a combined $131 billion in annual sales—with the ability to benchmark their performance vs. other independents for the first time, said Thom Blischok, chairman and CEO of the Dialogic Group, and the host of the panel.

Blischok called out poll data indicating that seven of 10 independent grocery store shoppers have no plans to do their primary shopping in other stores, saying that was an unusually strong loyalty factor at a time when consumers tend to shop around. The consistency also applies to departments within the store, which the poll indicated are not experiencing big spikes in either growth or erosion.

“You have a stable shopper base unlike any other retailer in America, and you’ve got the opportunity to educate them,” Blischok said.

“Consumers are where at it’s at,” he added. “We’re not going to change how much toilet paper or toothpaste people typically use. We are going to change the places where they buy it, and independents have a trust with the community that is pretty good.”

Asked about what they saw to be inhibiting growth, Balistreri indicated a fast-growing increase in retail square footage devoted to food. “At some point, there’s got to be a falling out,” he said. Blishok agreed, saying his studies indicated some 30% of all food retailers are facing some level of financial distress.

Jimmy Wright, CEO of Wright’s Market in Opelika, Ala., said he was concerned about rising costs including for labor at stores and for store equipment. “The most desired employee in retail stores today is probably the meat cutter,” he said. “It’s hard to find a good meat cutter today.”