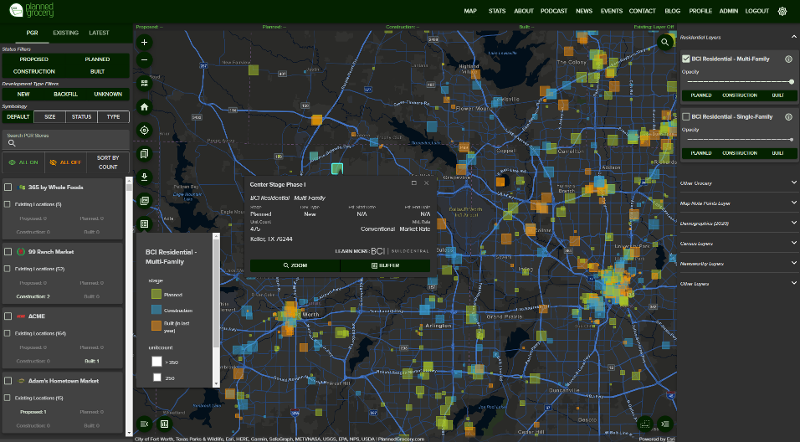 Planned Grocery, the online database presenting users with a first-of-its-kind interactive map showing grocery stores in development across the country, is integrating a parallel database of residential development data from its new parent company, providing what its founders say is a powerful tool aligning future rooftops and future retail for developers, planners and retailers.

The new multifamily and single-family data, from the Build Central database, is available to subscribers of the service now. It comes weeks after Columbia, S.C.-based Planned Grocery was acquired by BCI Media, an Australian construction information company with U.S. headquarters in Chicago. BCI had acquired BuildCentral in 2019.

“Our core mission was always to provide something unusually helpful for our customers,” said David Beitz, who co-founded Planned Grocery eight years ago. “I’m pleased to say that we’re on track to exceed expectations on that front through our partnership with BCI. The technology we have developed for the grocery vertical paired with BCI’s capable leadership and reputation for data quality make this a natural fit. This opportunity to enhance our existing offerings—and to also pioneer something uniquely powerful in this space, has us all very excited.”

Starting today, Planned Grocery has the option for subscribers to include the planned multifamily and single-family data from BCI directly in the Planned Grocery platform. The ability to visualize and summarize this data by radius, drive time and trade area will help Planned Grocery members to better understand the amount of planned residential for any area in the U.S., Beitz said.  Members will also be able to see residential changes over time, as projects start construction and mature to completion. Members who would like more details on each residential project will have the option to link directly to BCI’s database to learn more, such as the project’s estimated value, developer, architect, general contractor and a history of news and notes. 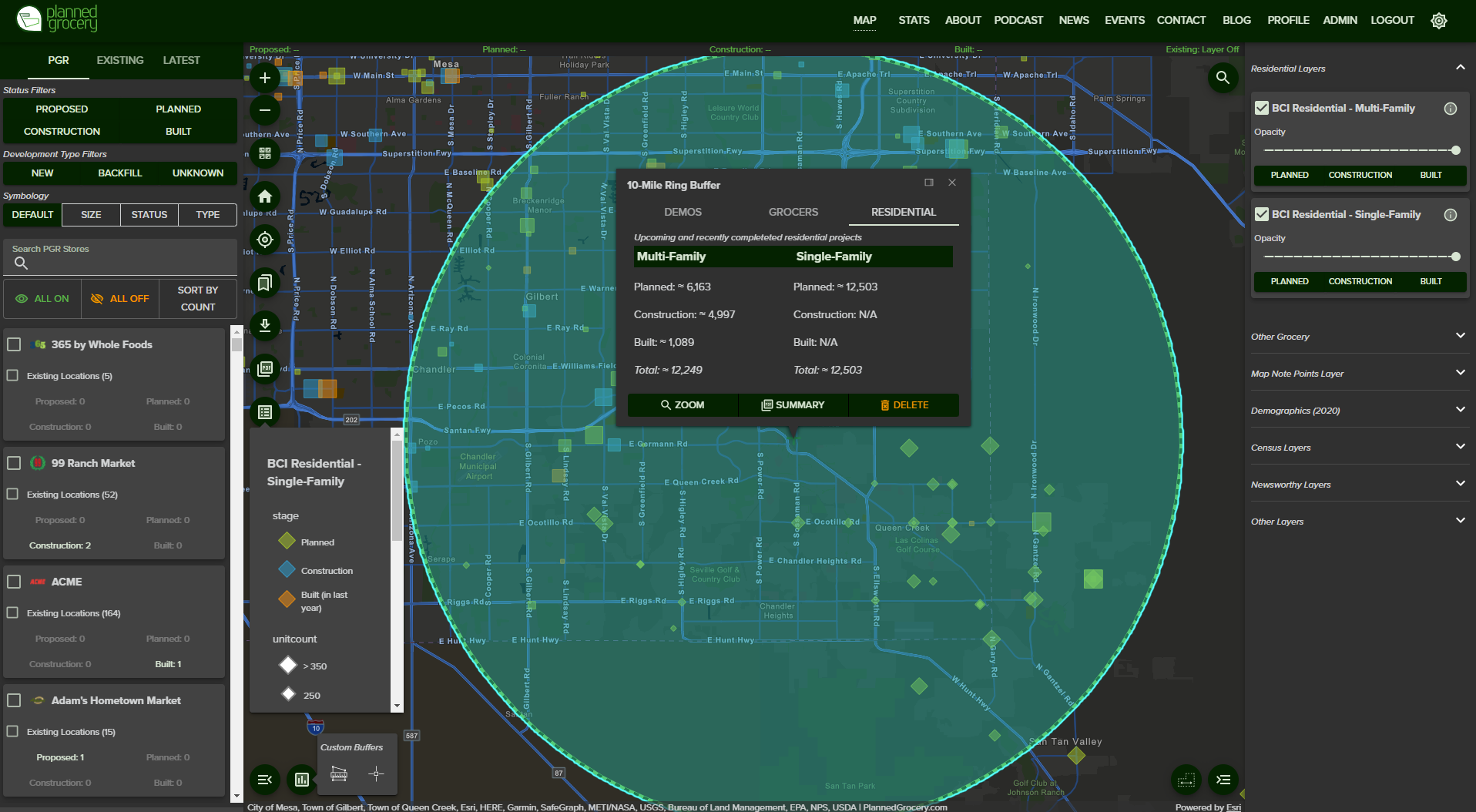 Planned Grocery was the product of Beitz and two fellow retail tech professionals, George Daigh and Todd Atkins, who worked on web-mapping and location research projects for other companies, often serving as an outsourced geographic information aystems, or GIS, department.

“George was always great at research, and Todd was starting to build some really interesting web-mapping applications, so we decided to build our own data product centered around what we know best—grocery store development,” Beitz said.

According to Beitz, the team—known as Beitz & Daigh Geographics—recognized early on that there was a limit to how many hours they could work in a day on service projects, but that a data product could be scalable, Beitz said. Their shopping center experience taught them that commercial real estate professionals were often looking for future grocery store locations, but that data was not easy to find nor was it easy to visualize in a way that made the information useful, he added.

The co-founders spent two years building the Planned Grocery data layer from scratch. This data layer finds and tracks the locations of future grocery store projects and displays them on an interactive map. In early 2016, a prototype of the platform drew its first customers, and it has grown from there.

“Planned Grocery and their innovative team are a welcome addition to BCI,” said Damian Eastman, co-chief executive officer of BCI Media Group. “Their approach to grocery location data coupled with their expertise in geospatial technology set them apart. With our forces combined, I can't imagine a more formidable offering for real estate professionals and developers looking to gain an edge.”

The first project under Planned Grocery’s new parent was a major enhancement to the platform.

“When researching trade areas around potential grocery store sites at my previous job, I always found that the hardest thing was to find was planned residential. That is when I was excited that the BCI guys came up with the idea to include their planned multifamily and single-family data inside of the Planned Grocery platform,” Beitz said. “Now you can really see the areas that are poised for high population growth.”