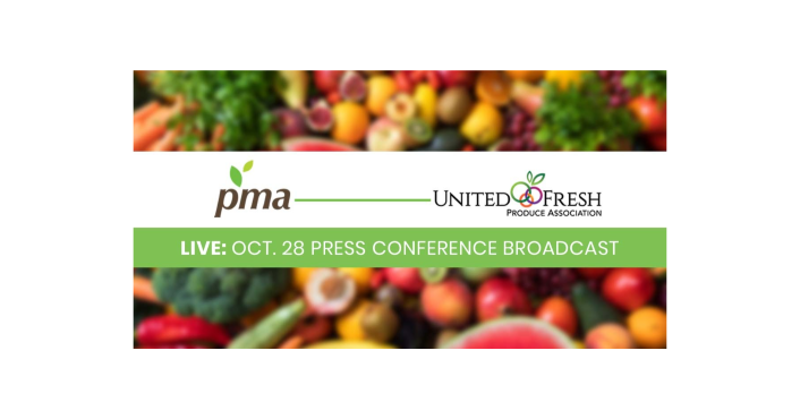 The IFPA, which officially replaces United Fresh and the PMA on Jan. 1, 2022, "exists to bring our industry together to create a vibrant future for all," and is founded on a belief that fresh produce "can help solve some of the world’s most pressing problems," the association's recently launched website, at www.thisisbettertogether.com, states.

United Fresh and PMA emphasize that that the association isn't merely a combination of their two organizations but rather a "transformational" new entity, created with an eye toward speaking with a "more unified, authoritative voice" for players in the fresh produce and floral industries. "We are here to grow your prosperity," the IFPA site states.

A live announcement of the new association on Thursday afternoon experienced some technical difficulties, but leaders of the new IFPA shared that the association will host a signature Global Produce and Floral Show in Orlando in October 2022. Both United Fresh and PMA had had key annual events canceled the past two years because of the COVID-19 pandemic and other complicating factors—most recently, Hurricane Ida and Tropical Storm Nicholas, which prompted the cancellation of PMA's Fresh Summit, which had been slated to take place in New Orleans this week.

First up on the IFPA's event calendar is an executive leadership summit set to take place in San Francisco Jan. 18-19; additional events across the U.S. and in Germany, Mexico, Brazil, Australia and South Africa are planned for 2022.

PMA CEO Cathy Burns and United Fresh CEO Tom Stenzel will serve as co-CEOs of IFPA through 2022, after which Burns will become the sole CEO. Bruce Taylor, CEO of Taylor Farms, is chair of the new organization; Laura Himes, senior director of merchandising for produce at Walmart, is chair-elect. Among the volunteer committees for which the IFPA is seeking members are a FreshPAC and Grassroots Advisory Committee; a Diversity, Equity and Inclusion Committee and a Talent Advisory Committee.