Mercato, the San Diego-based e-commerce platform for independently owned grocery and specialty food stores, has hired Jean-Michel Boujon as chief marketing officer. Boujon will direct all efforts associated with Mercato’s brand, user acquisition and lifecycle marketing. In addition, he will seek to advance the trend of consumers choosing to source their groceries from independent, locally-owned retailers. 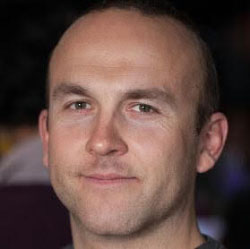 Boujon joins Mercato from Getaround, where he was VP of growth, managing a team focused on scaling the car-sharing company by developing the marketplace, acquiring car renters and car owners. During Boujon’s tenure, Getaround’s footprint grew from 20 cities in the U.S. to more than 300 cities worldwide. He also was senior director of e-commerce for BookRenter.com, and he held leadership roles at The Ladders.com in New York and London.

“I am thrilled to announce that Jean-Michel has joined Mercato and to have him apply his talents to our company at such an important moment of our growth phase,” said Bobby Brannigan, founder and CEO of Mercato. “He has a proven ability to 10X marketplaces and execute innovative and creative marketing campaigns. We’ll also benefit greatly from his leadership skills as we develop teams across marketing, brand and data.”

A native of Vesoul, France, Boujon has a master’s in finance from the Burgundy School of Business in Dijon, France. He also attended Nottingham University Business School in Nottingham, U.K.

Mercato was started in Brooklyn, N.Y., in 2015, and the company currently operates in 45 states nationwide. Mercato’s digital platform connects consumers to more than 1,000 independently owned grocery stores and specialty markets. Mercato has been actively onboarding and serving grocers during the COVID-19 crisis, adding more than 400 specialty food stores, independent grocers and market halls since the beginning of 2020.