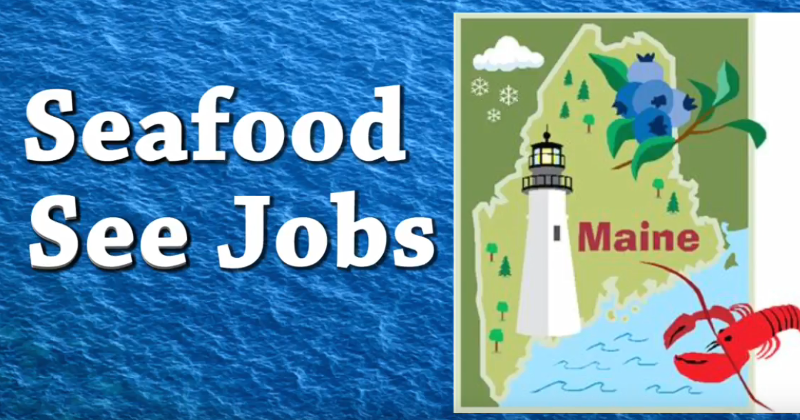 In recognition of the new trade tariffs’ threat to the U.S. seafood industry, the National Fisheries Institute (NFI) has rebranded its website to share the stories of American seafood workers.

The new initiative is part of the company’s Seafood, See Jobs campaign, and will feature regular updates to AboutSeafood.com to include video testimony from the seafood workforce, including fishmongers, truck drivers, manufacturers and chefs, sharing their fears of how new trade policies will affect the industry.

“To understand the negative impact these tariffs will have on American workers, you have to go see them, you have to talk to them, you have to hear their concerns,” said NFI President John Connelly. “We’re bringing those stories to policy makers so they understand; this is not a theoretical, economic chess game. These tariffs have the potential to do a lot of harm to the seafood community and that community’s jobs are right here in the U.S.”

NFI says the solution is not as simple as making more seafood in the U.S. and processing it here, because U.S. waters are highly managed and are fished to their sustainable yield. Instead, the organization says, the seafood community must source seafood from countries around the globe, even as U.S. harvesters tap global markets to sell their catch.

NFI argues that the current climate is not a situation in which the raw imported product is taking away jobs from American workers, but rather the opposite, because the raw product is what drives jobs in the U.S., such as processing, portioning, value adding, storing, delivering and serving.

“Listen to Matt at his family’s seafood market,” Connelly said. “Find out why rural entrepreneurs, like Megan, are worried. Hear George’s concerns about tariffs on lobster exports. Take a look at these videos and you will get a sense of how important it is that when policy makers seafood, they see jobs.”