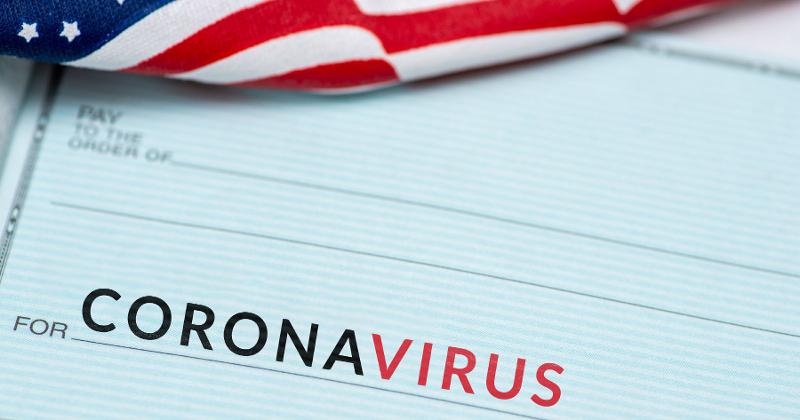 Congress has reached a deal on a bipartisan COVID-19 relief bill that includes direct payments and jobless aid to Americans as well as funding for small business—but omits a provision that would have protected grocers and other businesses from liability lawsuits stemming from their efforts to safeguard employees and guests.

The final document is expected to be voted on by the House of Representatives today before passing onto the Senate and then landing on President Donald Trump’s desk for signing. Passage is expected as both chambers agreed on the final bill.

The limited liability protections were included in a proposal released Dec. 14, but were reportedly dropped by Republican lawmakers in exchange for Democrats ceding their demand that funding be earmarked by the agreement for financially strapped state and local governments.

Both the National Grocers Association (NGA) and FMI–The Food Industry Association, which had been urging Congress to pass liability protections for the essential businesses they represent, expressed disappointment in the final bill in statements provided to Winsight Grocery Business.

“Despite being designated as ‘essential’ by the federal government, grocers are under threat of frivolous litigation simply for remaining open during the pandemic,” said Chris Jones, SVP of government relations and counsel for NGA. “NGA urges lawmakers to reconsider this important issue at the next possible opportunity.”

Jones noted that some trial attorneys have already started to run ads aimed at recruiting plaintiffs to file coronavirus exposure claims against businesses.

“Independent supermarkets have led their industry in enhanced safety and sanitation measures. They should not be punished simply for staying open during a time their communities needed them most,” NGA President and CEO Greg Ferrara said. “A lawsuit like this could be devastating to a longtime small community business without the resources to mount a legal defense, despite following all available pandemic guidance to keep its employees and customers safe.”

"We are extremely disappointed that Congress failed to pass limited liability protection for those essential businesses, hospitals and universities who have remained open and followed government guidance throughout this pandemic. We know that the economic recovery of our nation cannot be successful without it,” said Jennifer Hatcher, chief public policy officer for FMI.

Hatched did note, however, that FMI is "pleased that the Congress has reached an agreement to fund the government for the remainder of fiscal year 2021 and not force a government shutdown. FMI is also pleased that Congress is preparing to secure additional funding for the vaccine and relief for families particularly hard hit by the pandemic."

The bipartisan $900 billion COVID-19 relief bill reportedly includes a $600 direct check to adults and children earning up to $75,000 (individuals earning between $75,000 and $99,000 would get smaller checks; those earning more than $99,000 wouldn’t get a check); an extra $300 a week for unemployed workers through mid-March; $25 billion to help families pay their rent; an additional $13 billion for the Supplemental Nutrition Assistance Program; and $284 billion for Paycheck Protection Program loans.