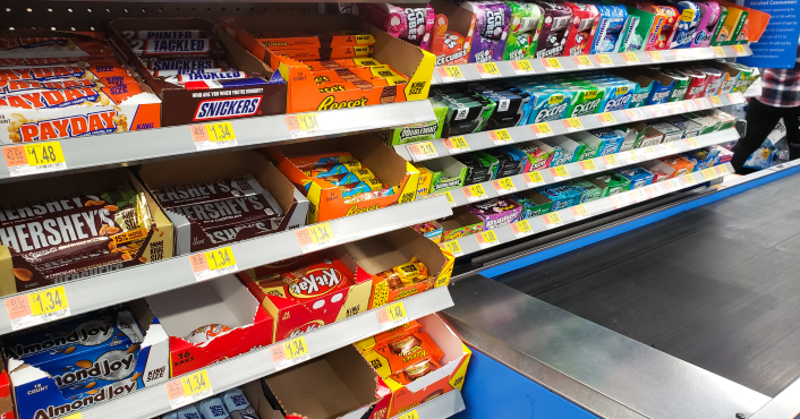 More than one-third of consumers polled by market researcher IRI said they cut back on nonessentials at the grocery store in March, and more than one-quarter said they're trying to buy less overall as inflation continues to run at 40-year highs.

Most consumers told Chicago-based IRI that they're making at least one change to their grocery-shopping behaviors in an effort to save money. The most popular tactic remains looking for sales, although markdowns still aren't as easy to find—or as steep—as they were prepandemic, IRI and 210 Analytics noted in their March report.

And so discretionary items are staying out of carts more often for some consumers, and shoppers are reprioritizing allocation of some of their grocery dollars. Unit sales of frozen dinners in March were down 10.1%, according to IRI, and units of frozen fruit were off by even more, down 11.5% year over year. Units of ice cream/sherbet fell almost 5%; unit sales of other frozen desserts/toppings slid 8.2%. (Inflation resulted in higher dollar sales year over year for all of those but ice cream.) The Bureau of Labor Statistics noted in its March consumer prices report, released Tuesday, that retail prices for frozen and freeze-dried prepared foods were up 14% year over year last month.

By contrast: Unit and volume sales of fresh fruits were down from year-ago levels, too—but not by as much as for frozen fruit. (Fresh fruit unit sales fell 8.4%; volumes were off 4.3%.) Volume sales of fresh meat were off 4.4% vs. 2021 but were 2.3% higher than in March of 2020, with consumers last month once again preparing and eating more than 80% of their meals at home.

Even as they report more closely watching their grocery dollars, consumers are willing to spend for convenience, especially when feeding a crowd—supermarket solutions, after all, tend to be less expensive than restaurant or specialty-retail options. Unit sales of deli entrees were up 10% year over year in March, with dollar sales up almost 21%, and unit sales of deli trays spiked 15.6%.

More and larger home-based gatherings in 2022—whether for March Madness, Mother's Day, Memorial Day or any of the other occasions that consumers are relishing celebrating in person—mean more opportunities to build sales across the deli and prepared-foods departments, noted IRI team lead for fresh Jonna Parker.

"Hand-in-hand with value-added solutions in meat and poultry and sides available in the meat department, anything that saves people time and provides an easy entertaining solution is doing very well throughout the store," Parker said. She added: "It is important to view the time-saving benefits holistically to include the ease of planning, shopping, preparation and cleanup. Everything matters."

For those regular stock-up trips, beyond more closely watching what's going into their baskets, consumers also are increasingly willing to shop around to get the best deals, IRI found. Seventeen percent of consumers polled said they visit multiple retailers to get the best pricing on the products they want, an uptick after the pandemic-driven two-year trend toward trip consolidation.

"Switching stores is typically one of the very last measures shoppers take in order to save, but clearly the widespread nature and the level of inflation are such that even an extra trip to capitalize on lower prices or promotions is worth it," Parker said.

Comparing prices online, as well as buying online, is supporting value-conscious shoppers, too, Parker said. Lower-income shoppers and others "are leveraging online shopping as a money-saving measure given the ease of comparing prices and promotions across stores and the ability to monitor the total spend easily as items are added to the online basket," she said.

See also: How to Get Omnichannel Shoppers to Move Up the Loyalty Ladder

Last week, traffic researcher Brick Meets Click reported that U.S. online grocery sales held steady in March from February, and in a strong month for the delivery segment, both the number of orders placed by regular delivery users and the average delivery basket size grew year over year.