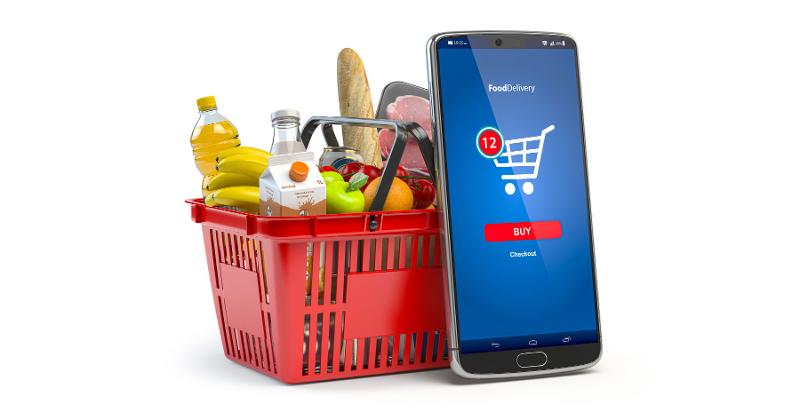 Consumer satisfaction with grocery e-commerce has progressed since the early days of the pandemic but supermarkets have plenty of room still to improve and may have lost ground to in the meantime to fast-growing alternative providers such as Walmart and Amazon.

These findings were revealed in the Fall 2020 U.S. Online & In-Store Grocery Shopping Study from Retail Feedback Group (RFG). The survey, based on shopper interviews, updates a study the same group conducted in April with new insights on food shopping in the COVID-19 pandemic.

The good news for supermarket retail is that nearly all the measured core experience factors improved since April when the industry’s e-commerce infrastructure bowed under sudden stress, with the sharpest increases seen in variety/selection (4.25, up from 4 on a five-point scale) and value for money (4.10, up from 3.93). Overall satisfaction improved to 4.23 from 4.08.

Shoppers weighed in on several factors that help supermarkets differentiate from competitors, rating how their primary store fared. The two highest scoring areas were providing good value for money spent and friendliness of employees, but the scores themselves were low (3.63 and 3.62, respectively, on a five-point scale), RFG officials noted. 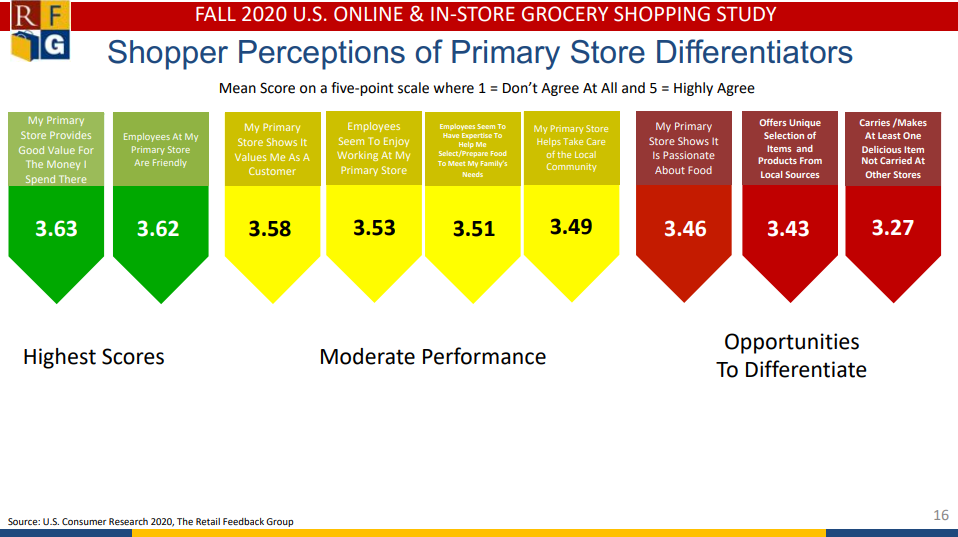 Aspects that could further distinguish brands online such as demonstrating a “passion for food” or carrying delicious items not available at other stores showed only moderate scores and represent further opportunity.

“While we saw a rebound for overall satisfaction, and across nearly all core experience factors, supermarkets need to weigh differentiators and how to leverage them in the current environment. In particular, a focus on providing good value for money spent remains a must, based on economic conditions. Further, although a challenging time, employee friendliness could never be more important given the high impact it has on the likelihood of shoppers to recommend the store to others,” said Doug Madenberg, RFG principal.

With the highest percentage of shoppers indicating they most recently used Walmart for online grocery shopping (47%), Walmart continues to show growth, up from 40% earlier this year. After increasing to 34% in April, up from 22% in 2019, supermarkets dropped to 25%, while Amazon grew slightly from 14% to 18%. Instacart-fulfilled orders continue to increase, growing from 27% in 2019 to 36% earlier this year and now registering 43%.

When asked about purchasing grocery items online in the coming year, supermarket shoppers register the lowest intent with 32% saying they will do so more (a decrease from 44% earlier this year), compared to 48% of Walmart shoppers and 54% of Amazon shoppers. 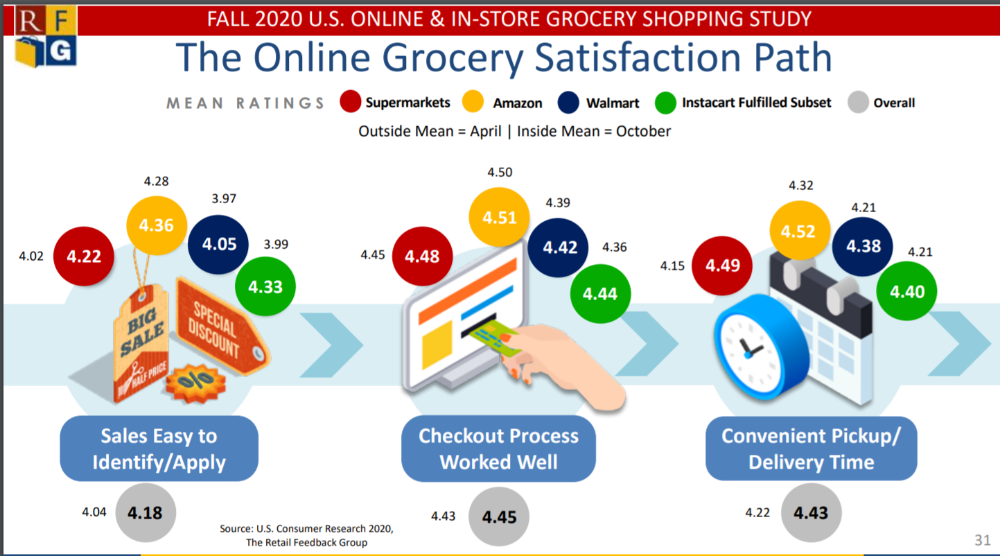 “As online shopping stabilized over the last several months, overall and channel satisfaction improved. Walmart benefitted most from the surge in online shopping, showing continued growth, while supermarket shoppers slipped downward with the lowest percentage of shoppers, compared to Walmart and Amazon, indicating they plan to purchase grocery online in the coming year. However, with many shoppers continuing to shop online and in-store, supermarket retailers should continue to invest in both to remain relevant and attract new customers.”

While a larger percentage of shoppers (39%) indicate they are shopping for food and groceries at about the same frequency as pre-pandemic, compared to 20% earlier this year, 34% shop less often (a substantial change from 55% in April) and 27% shop more often (similar to 25% earlier this year).

Nearly half (45%) of the shoppers in the survey report spending more now as compared to pre-pandemic, a similar finding to 51% in April. A higher percentage spend about the same now (38% vs. 30%) and just 18% spend less (vs. 19% previously).

While 77% of shoppers report that they plan to continue shopping the same frequency at supermarkets in the next year, only a third (32%) are highly confident it is safe to shop in one, showing virtually no change from 33% earlier in the year.

Similar to earlier this year, shoppers continue to keep a supply of products on hand for longer periods of time, from categories throughout the store, including fresh and shelf-stable items. For instance, 59% of shoppers now keep canned and boxed items on hand for a few months or more compared to 43% pre-pandemic. Considering frozen foods, 45% of shoppers keep a few months on hand now, vs. 34% pre-pandemic, the study showed.

The percentage of shoppers reporting the supermarket had everything in stock they wanted to purchase, jumped to 76%, up from 49% in earlier in the year. Online, this improved to 68%, up from 51%.

The survey also showed “dual channel” shopping holding steady.Earlier this year, 50% of in-store supermarket shoppers in the past 30 days also ordered groceries online. Current findings reinforce these earlier findings, as shoppers continue to use both in-store and online channels to fulfill their needs in similar proportions, strongest among the younger and growing generations, RFG said.